Another puppy found in dumpster in Coachella, California 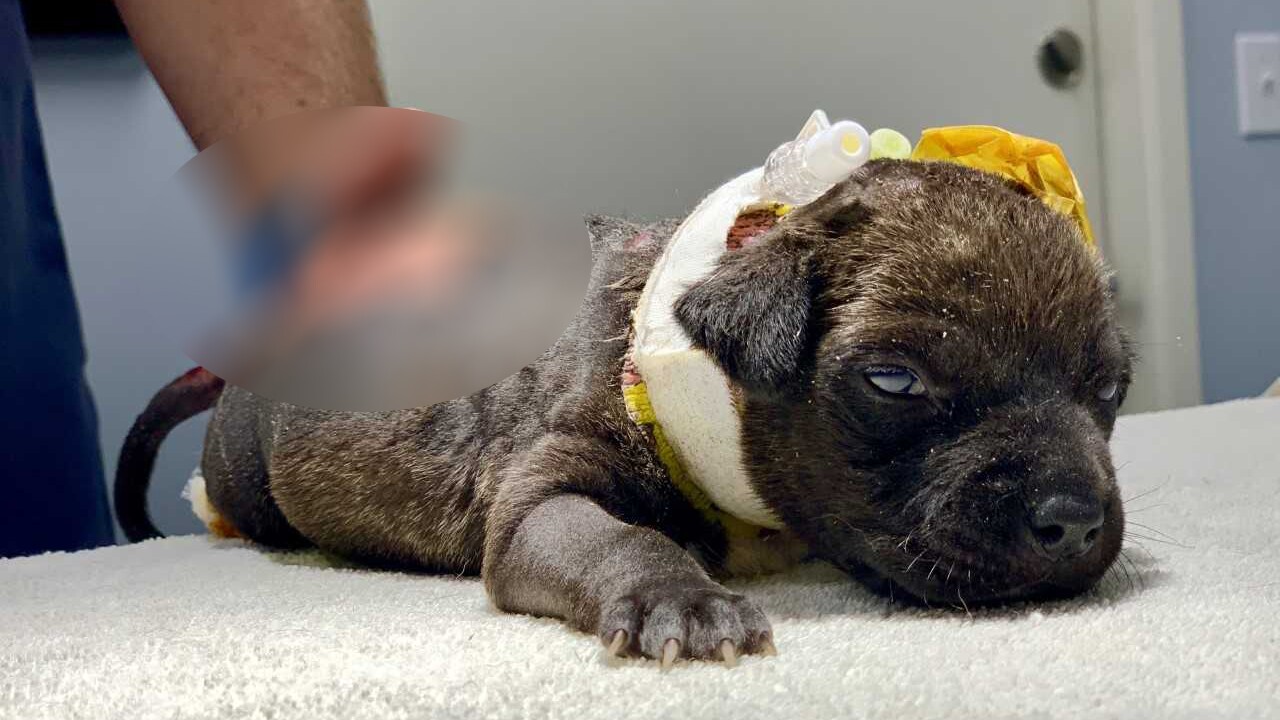 COACHELLA, Calif. — Another puppy was discovered in a dumpster in Coachella just weeks after a woman was arrested for reportedly leaving seven puppies in a trash can.

According to the Animal Hope and Wellness Foundation, the puppy was found badly beaten and burned in a dumpster on May 5.

Someone digging through the trash heard the puppy crying and took her to a nearby jewelry store, where she was rushed to an animal hospital.

RELATED: Woman arrested after puppies dumped in trash can at Coachella

“It appears as if she was burned with a caustic substance, or a metal object like an iron,” the foundation said.

The weeks-old puppy also had a portion of its tail cut off and can’t walk due to being beaten.

The puppy, whose name is Hope, is currently in intensive care and being monitored 24 hours a day.

The foundation is offering a $10,000 reward for information leading to an arrest of the person responsible.

The incident comes after a woman identified as Deborah Sue Culwell, 54, was arrested for reportedly dumping seven puppies in a dumpster behind a Coachella auto parts store.

The puppies were only about three weeks old. A good Samaritan was able to rescue the puppies, saving their lives.