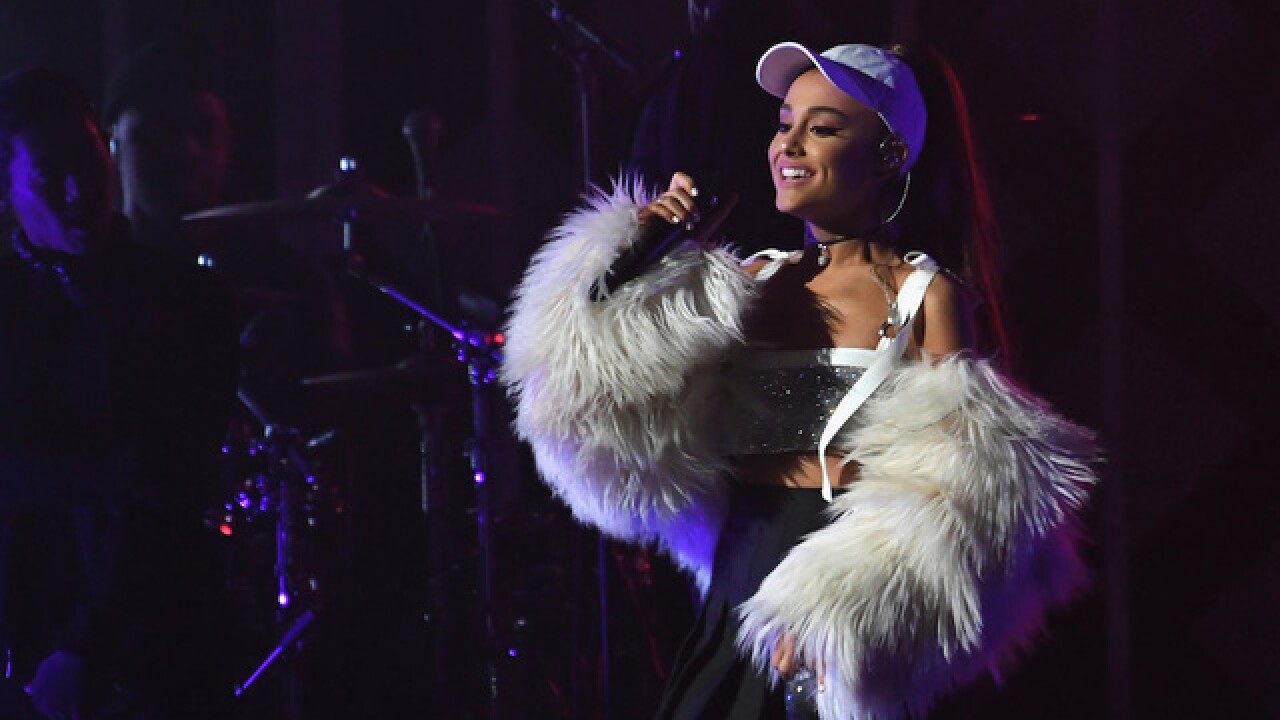 NEW YORK (AP) — Disney says its networks will air Ariana Grande's "One Love Manchester" benefit on Sunday. The concert, to be carried by broadcasters around the world, is aimed at helping victims of the recent attack in Manchester, England.

Grande will be joined by the Black Eyed Peas, Robbie Williams, Justin Bieber, Katy Perry, Miley Cyrus, Coldplay and other stars at the charity event being held two weeks after the suicide bombing at Grande's performance in the city. Twenty-two people died at that show.

Proceeds will go to an emergency fund set up by the city of Manchester and the British Red Cross.