At least 1,712 more kids may have been separated from their parents at the border 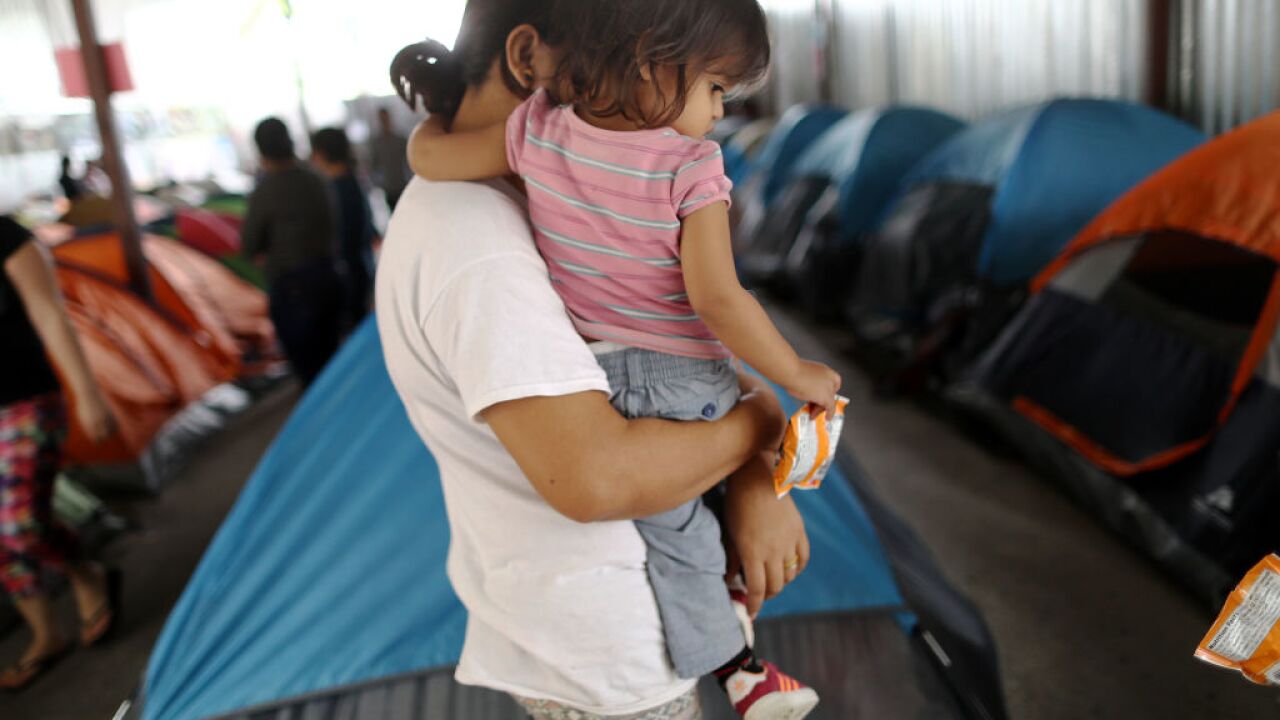 In a new court-ordered effort to identify potentially thousands of additional immigrant families that the US government separated at the southern border, more than 1,700 cases of possible separation have been found so far.

Cmdr. Jonathan White of the US Public Health Service Commissioned Corps says 1,712 cases with "some preliminary indication of separation" have been referred to US Customs and Border Protection for the next phase of review out of the initial pool of 4,108 children's case files that corps officers combed through.

Some of those cases ultimately might not involve separations, White said Friday in a federal court hearing.

"What we transmit to CBP is solely those cases that have some preliminary indication of separation," White said. "We err on the side of inclusion."

The new effort to track down parents and children who were split up at the border is the latest chapter in the ACLU's lawsuit over family separations.

While last year a court order in the case from US District Judge Dana Sabraw in San Diego forced the reunification of many immigrant families the government had separated at the border as result of its "zero tolerance" policy, an explosive government watchdog report in January revealed there could be thousands more separated families that officials hadn't previously acknowledged. Sabraw ruled in March that this group should be included in the class action lawsuit over family separations.

And in April, the judge approved the government's plan "designed to substantially identify all class members within six months."

Friday, White told Sabraw that the initial phase of case review was going more quickly than he expected. As of Friday, he said, his team has completed preliminary reviews of more than 13,000 files.

"We started running at this problem. .. .We are ahead of my operation targets that I had set for my own team at this time," White said.

Once the Public Health Service team completes its preliminary review, case files with indication of separation then go to CBP and Immigration and Customs Enforcement for further analysis. Then a refined list will go back to the Department of Health and Human Services. As they confirm additional separations, officials will provide a list of parents and children to ACLU attorneys on a rolling basis.

Sabraw described the work officials have done so far as "very encouraging" and urged them to provide any confirmed information they have to ACLU attorneys as soon as possible.

It's unclear when the first confirmed list could be ready.

"Our hope is to have a more concrete report with overall timing the next time we report to you on progress," Scott Stewart, an attorney for the government, said in court Friday.

In a court filing Thursday, White said HHS is expediting efforts to hire and train a team of data scientists and "scalable teams of record reviewers" to help with the effort.