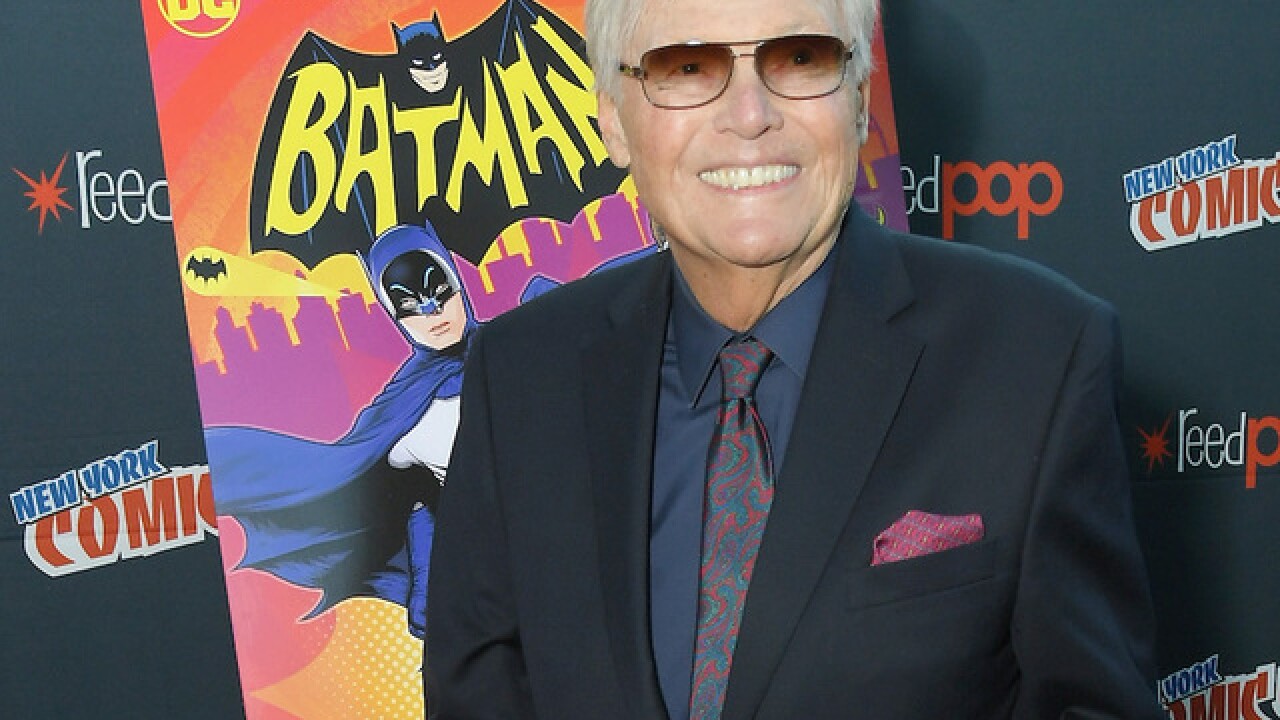 Adam West, who played Batman in the campy 1960s television series, has died.

West's family announced his death on Facebook, saying he passed after a "short but brave battle with leukemia."

“Our dad always saw himself as The Bright Knight, and aspired to make a positive impact on his fans’ lives. He was and always will be our hero,” West's family said in a statement.

West's "Batman," which ran for three seasons on ABC from 1966 to 1968, was known for its flashy graphics and over-the-top acting. It was popular during its first run but has picked up a considerable cult following in the decades since it was canceled.

In addition to the series, West was the first actor to play Batman in a full-length movie, in 1966's "Batman: The Movie."

Younger fans got to know West for his voice work on several cartoon series, particularly his recurring role as mayor of Quahog, Rhode Island, in Fox's "Family Guy."

Photos of Adam West over the years

West kept his ties to Batman long after his version of the character was off the air. He reprised the role in 2016's animated movie "Batman: Return of the Caped Crusaders" and also appeared in 2017's "The Lego Batman Movie." In 2010, West voiced Thomas Wayne, the father of Bruce Wayne, in Cartoon Network's series "Batman: The Brave and the Bold."

West also lent his voice to popular animated shows like "The Simpsons," "Futurama" and "The Fairly OddParents."

Like many actors of his era, West's career started with parts in westerns and TV shows, including "Perry Mason" and "Lawman." His first onscreen credit came in a 1954 episode of "The Philco-Goodyear Television Playhouse," where he was credited as Will West, according to IMDB.