Ben Affleck says he's not out as Batman, despite rumors 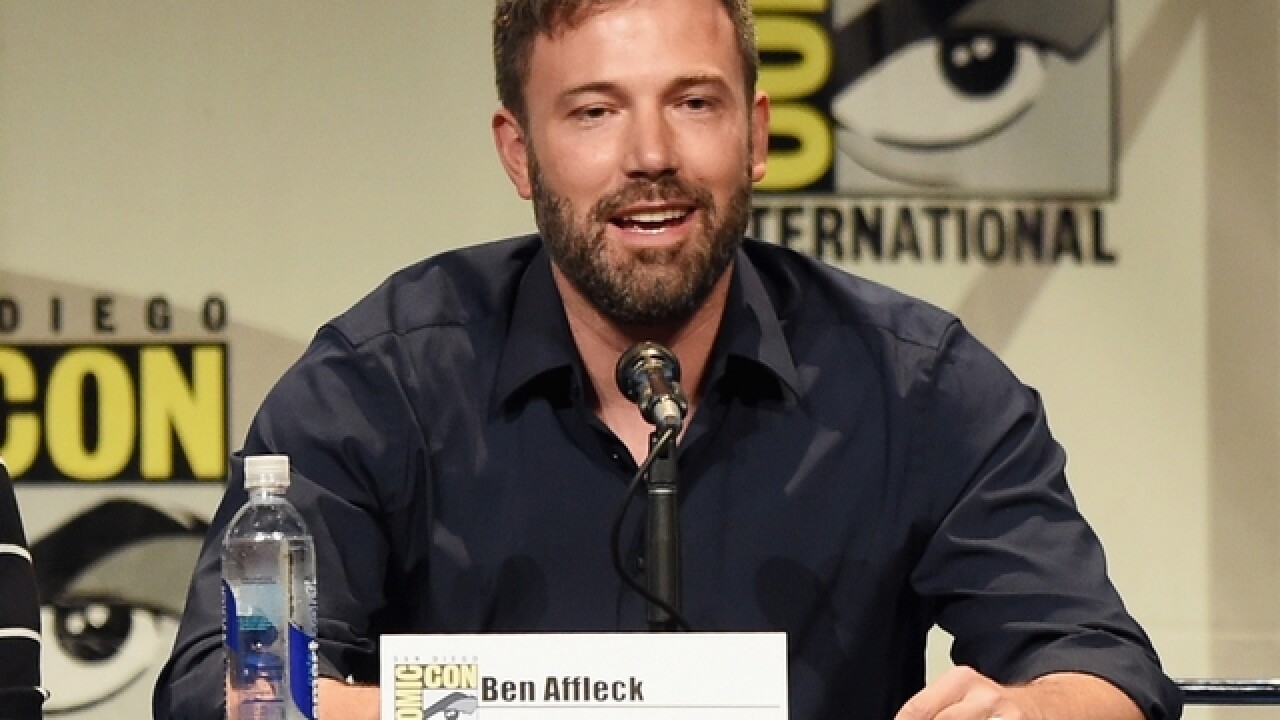 SAN DIEGO (AP) — Ben Affleck says he is still Batman and has the support of Warner Bros for the stand-alone film.

Affleck addressed rumors that he would not be appearing as the caped crusader past "Justice League" this November Saturday at Comic-Con in San Diego.

A report in the trade publication The Hollywood Reporter earlier in the week suggested that the stand-alone Batman film might not feature Affleck in the title role.

Affleck said he wanted to shoot down the idea that he wasn't committed to the project after he stepped away from directing it and gave responsibility over to "War for the Planet of the Apes" director Matt Reeves.

Affleck said he would be an ape on the ground for Reeves.