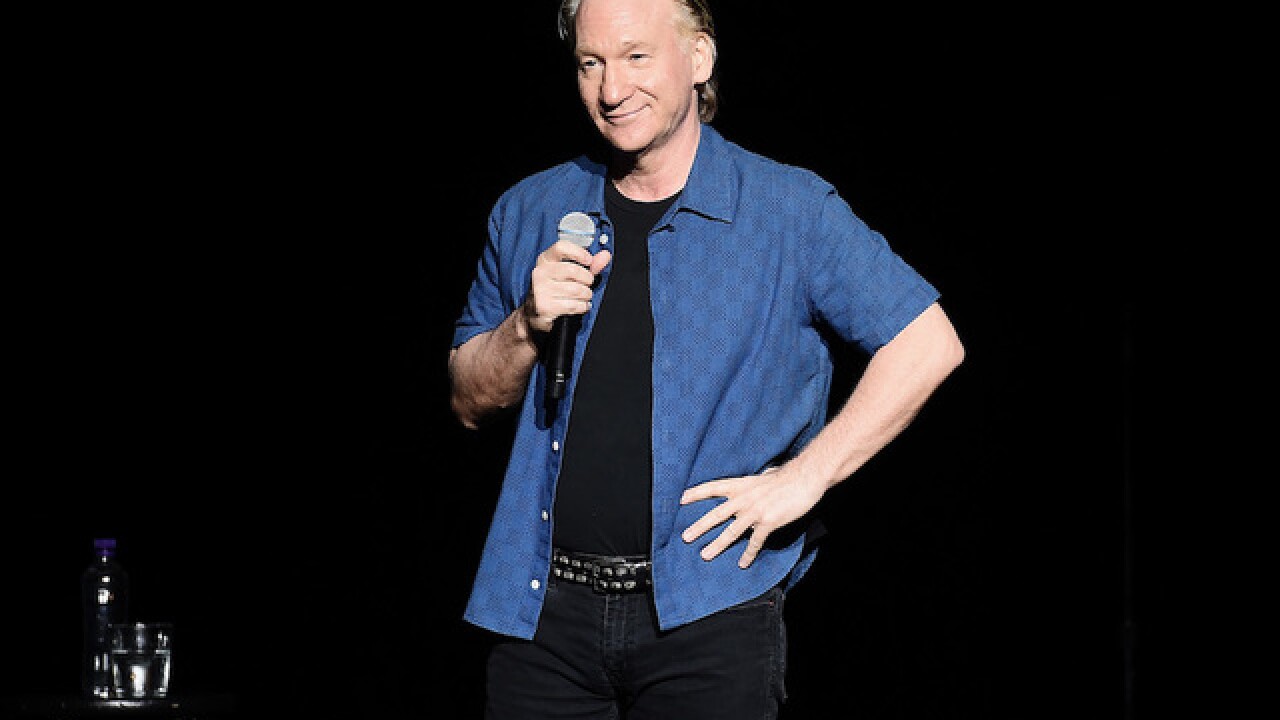 (CNN) -- Comedian Bill Maher apologized Saturday for using a racial slur during an interview the night before with Republican Sen. Ben Sasse of Nebraska on his HBO show.

"Friday nights are always my worst night of sleep because I'm up reflecting on the things I should or shouldn't have said on my live show," Maher said in a statement. "Last night was a particularly long night as I regret the word I used in the banter of a live moment. The word was offensive, and I regret saying it and am very sorry."

Sasse was promoting his book, "The Vanishing American Adult," on "Real Time With Bill Maher."

The two were discussing teenagers and maturity when Maher mentioned that adults dress up for Halloween in California. He then asked Sasse if people do that in Nebraska.

"It's frowned upon. We don't do that quite as much," Sasse said.

"I've got to get to Nebraska more," Maher replied.

"You're welcome. We'd love to have you work in the fields with us," the senator added.

"No, it's a joke," Maher said, breaking the silence.

Tweets soon poured in condemning Maher's remarks. Some called for his firing.

"But really, @BillMaher has got to go. There are no explanations that make this acceptable," tweeted Deray McKesson, an activist and leader of Black Lives Matter.

HBO issued a statement on Saturday morning disavowing Maher's use of the racial epithet.

"Bill Maher's comment last night was completely inexcusable and tasteless," Quentin Schaffer, executive vice president for corporate communications at HBO, said in the statement. "We are removing his deeply offensive comment from any subsequent airings of the show."

Sasse also addressed the controversy in a series of tweets early Saturday.

"I'm a 1st Amendment absolutist. Comedians get latitude to cross hard lines," he said. "But free speech comes with a responsibility to speak up when folks use that word. Me just cringing last night wasn't good enough."

The senator said he wished he had spoken up.

"Here's what I wish I'd been quick enough to say in the moment: "Hold up, why would you think it's OK to use that word? ... The history of the n-word is an attack on universal human dignity. It's therefore an attack on the American Creed. Don't use it."

Maher, who has not yet commented on the incident, is no stranger to controversy.

In February, the comedian was criticized for appearing to bond with extremist author and lecturer Milo Yiannopoulos during his appearance on the HBO show.

Maher also has come under fire for his comments on religion, particularly his views on Islam. In fact, one of his favorite targets is organized religion, and he wrote and appeared in the documentary "Religulous" in 2008.

In 2002, Maher lost his ABC show, "Politically Incorrect," after his remarks about the September 11 attacks. "We have been the cowards, lobbing cruise missiles from 2,000 miles away. That's cowardly," Maher said during a discussion about terrorism. "Staying in the airplane when it hits the building, say what you want about it, it's not cowardly."