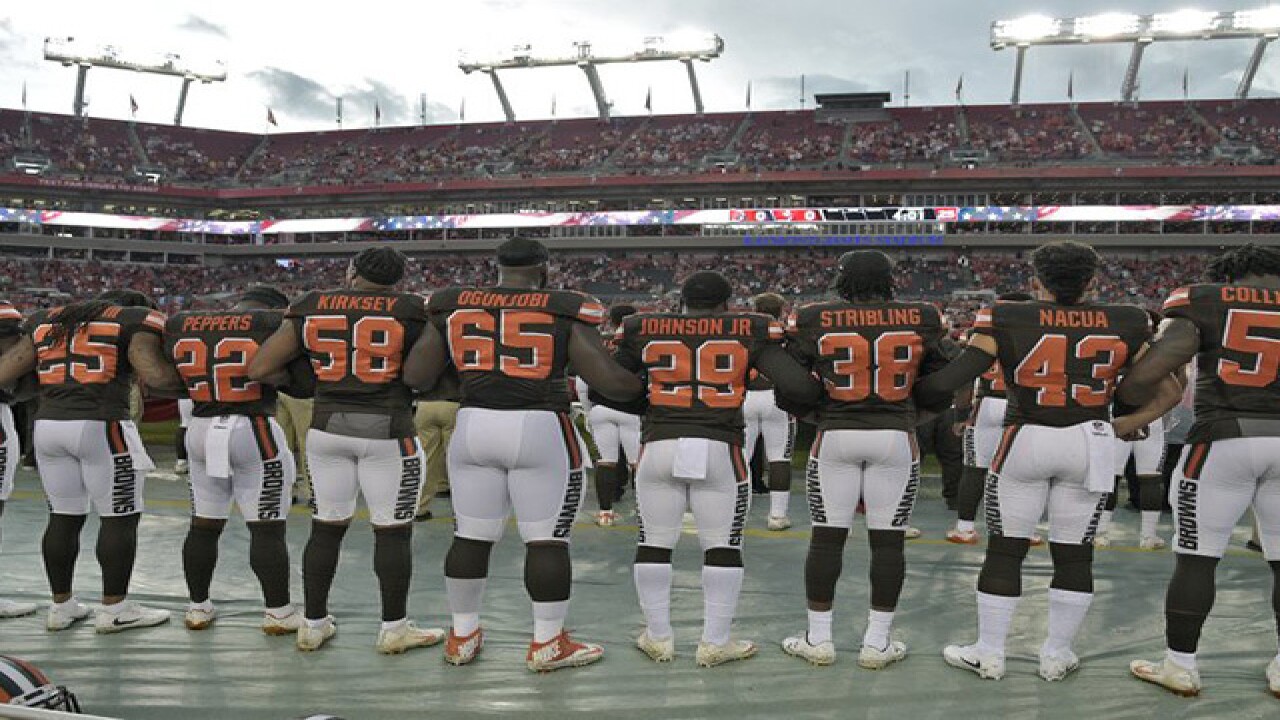 About 30 Cleveland Browns players stood arm-to-arm in a line during the national anthem before Saturday night’s preseason game against the Tampa Bay Buccaneers.

The long line of players stood together just in front of the Browns bench, behind the rest of the players and coaches standing closer to the field.

All players on both teams were standing during the anthem Saturday night.

This came five days after a home preseason game against the New York Giants when more than a dozen Browns players formed a circle on the team’s sideline Monday night and prayed in silent protest during the national anthem.

That protest was the largest so far in a social-consciousness movement started last season by quarterback Colin Kaepernick, who became a polarizing figure for kneeling during the anthem and is currently out of the NFL.