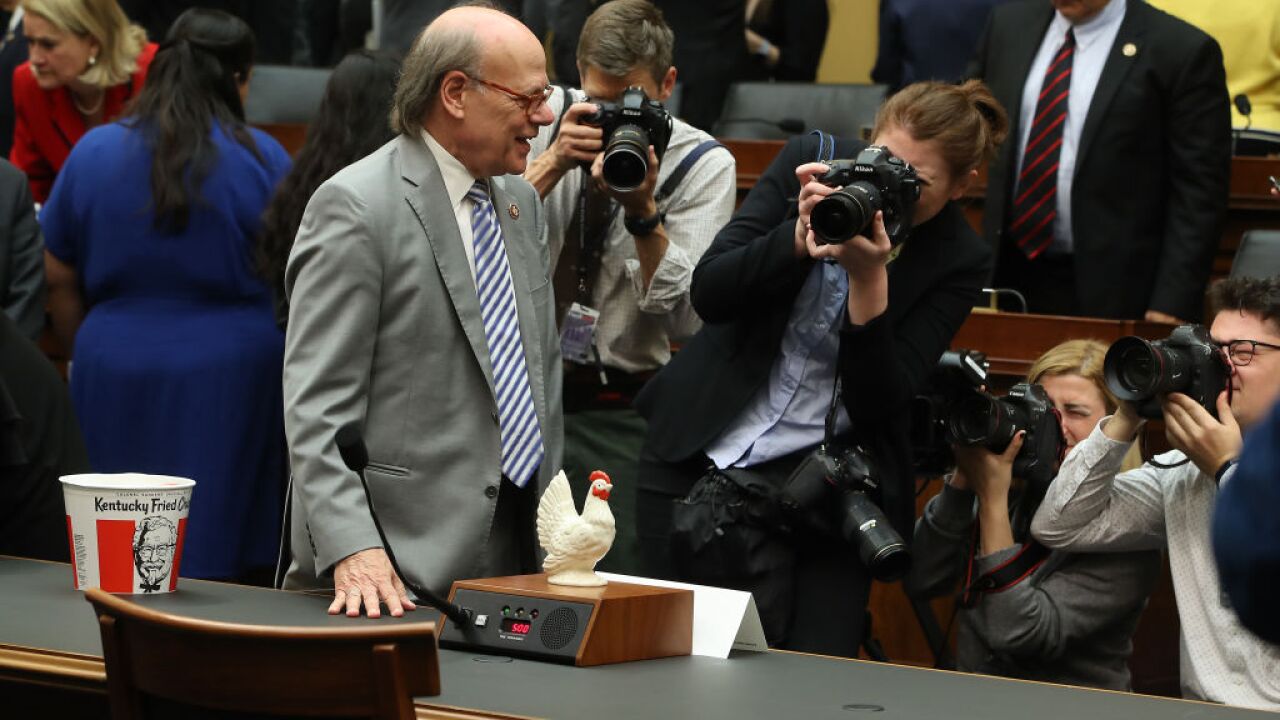 WASHINGTON, D.C. — The House Judiciary Committee played to an empty chair on Thursday with a hearing where its witness, Attorney General William Barr, did not appear.

Barr's absence -- which the attorney general made official Wednesday evening -- escalated the feud between House Judiciary Chairman Jerry Nadler and the Justice Department, where the New York Democrat is threatening to hold Barr in contempt of Congress.

Nadler's contempt threat isn't tied to Barr's failure to appear Thursday, but rather over a subpoena to obtain the unredacted report and underlying evidence from special counsel Robert Mueller and the special counsel.

The Justice Department told Nadler in a letter Wednesday that it would not comply, charging that the subpoena was "not legitimate oversight" and an "overbroad and extraordinarily burdensome" request. The Justice Department has argued it made most of the report available publicly, and that a dozen congressional leaders can read a less-redacted report with only grand jury material removed.

But Nadler argued that wasn't enough, saying that all members of Congress needed to be able to read the full report. Nadler said he would continue to negotiate with the Justice Department over the report, but threatened that he would "have no choice but to move quickly to hold the attorney general in contempt if he stalls or fails to negotiate in good faith."

Despite Barr's promised absence, Nadler nevertheless went forward with gaveling in the hearing, which lasted 15 minutes after statements from Nadler and the top Republican on the panel, Rep. Doug Collins of Georgia.

"Given the Attorney General's lack of candor before other congressional committees, I believe my colleagues and I were right to insist on the extended questioning," Nadler said.

Collins shot back that Nadler made ridiculous demands, and he was to blame for the attorney general's absence.

"As a result of Chairman Nadler's desperate tactics, we've lost another chance for closure," Collins said. "Chairman Nadler has stolen from all members and the Americans they represent the opportunity to exercise our oversight duties by questioning and hearing from the nation's chief law enforcement officer."

The circus-like atmosphere was apparent from the outset. Rep. Steve Cohen, a Tennessee Democrat, brought in a bucket of Kentucky Fried Chicken and a ceramic chicken, sharing his food with his Democratic colleagues.

Republicans tried to extend the hearing by asking parliamentary questions of Nadler, but he gaveled out the hearing instead. When Rep. Matt Gaetz, a Florida Republican, began speaking up to object to Nadler ending the hearing, his microphone was shut off.