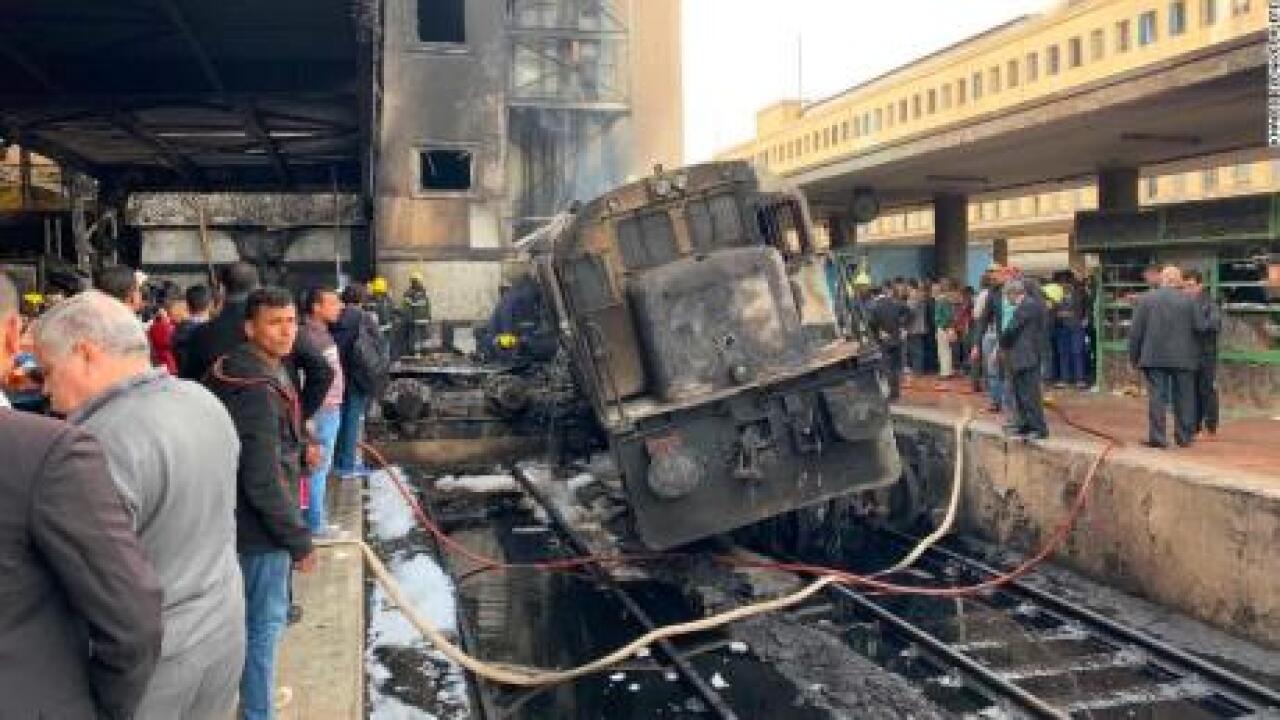 Twenty people were killed and 40 others injured in a fire at Egypt's busiest railway station Wednesday morning, the country's health ministry said according to state TV.

Images posted on social media showed charred bodies at the busy station in the heart of the capital. Other photos posted online showed the charred platform and black smoke billowing from the station.