California has the most aggressive drivers, study says

According to the study, California ranks number one for most aggressive drivers followed by Connecticut and Georgia.

The habits include hard braking, speeding and rapid acceleration.

Check out the chart below: 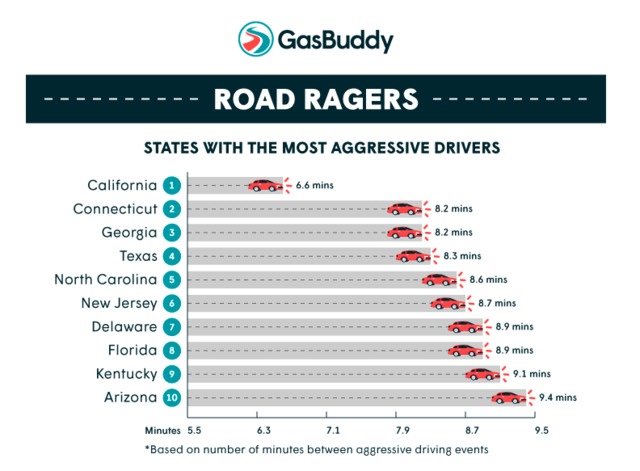