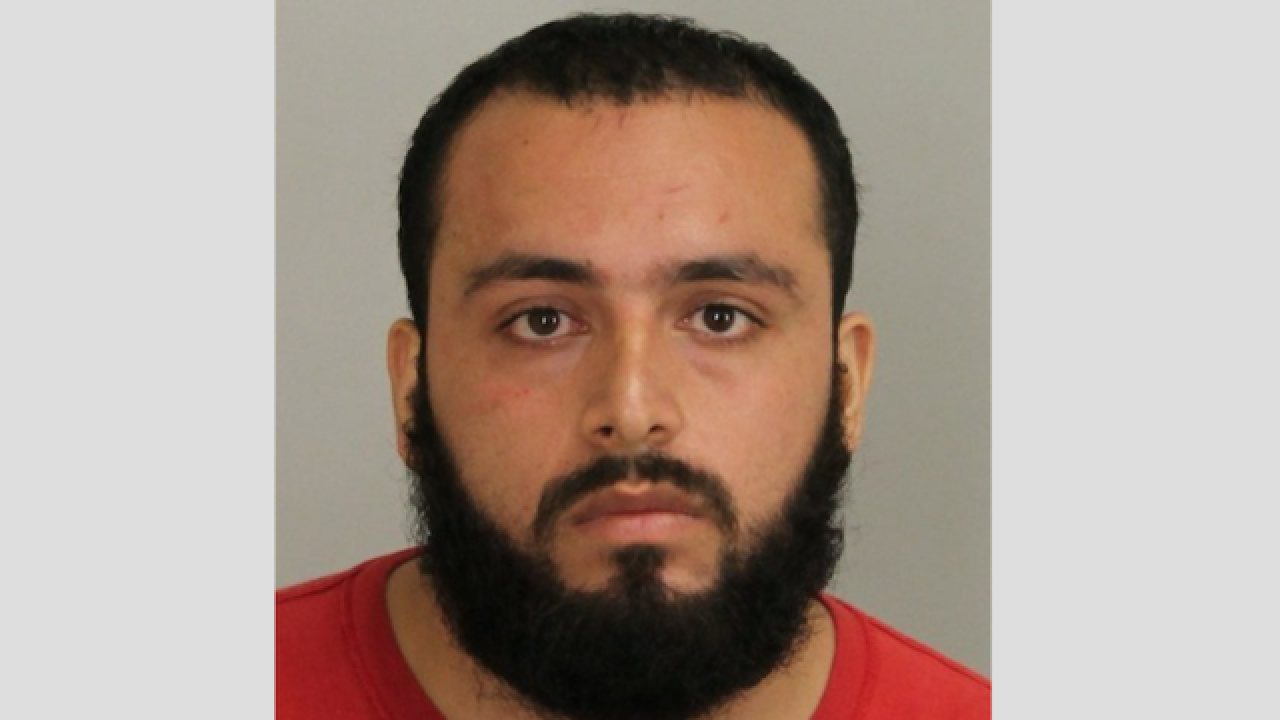 The man convicted in the 2016 bombing in New York's Chelsea neighborhood that injured 30 people, Ahmad Khan Rahimi, is scheduled to be sentenced Tuesday in federal court in Manhattan.

Rahimi, who federal prosecutors say has attempted to radicalize other jail inmates while awaiting sentencing, is facing a mandatory sentence of life in prison, and the possibility of additional life sentences for the various convictions against him.

His attorney, Xavier Donaldson, argues that if there are multiple life sentences for Rahimi, they should not be piled up consecutively.

In a letter to US District Judge Richard Berman in early February, Donaldson said "the obvious severity of a life sentence plus 30 years is crystal clear: said sentence is intended to ensure that Mr. Rahimi is never released," and he added there would no purpose to "unnecessarily stack" life sentences.

On Monday, in an interview with WNBC , Rahimi's father called his son a terrorist, but said Rahimi is glad no one died in the incidents.

"He did it as a terrorist ... this is terrorist," Mohammad Rahami, who goes by a different last name, said in the interview. "He told me, 'Thank God I didn't kill anybody, that's good news for me,' " the elder Rahami added.

Rahimi, known as the "Chelsea Bomber," was found guilty on eight federal charges in late 2017.

His attorney requested in his letter to the judge that Rahimi, as part of his sentencing, "be allowed to avail himself of any educational opportunities" that he might qualify for in prison.

"Since his arrest, Mr. Rahimi has completed classes in business, entrepreneurship and drama while in BOP (Federal Bureau of Prisons) custody," the letter added.

Further, his attorney requested that "the court recommend to the Bureau of Prisons that Mr. Rahimi be housed in a location as close to Virginia as possible to facilitate family visitation. We make this request primarily because since Mr. Rahimi's arrest, he has only been allowed approximately six family visits."

In late 2017, federal prosecutors said Rahimi provided inmates with copies of terrorist propaganda and jihadist materials, including speeches by Osama bin Laden and militant cleric Anwar al-Awlaki -- both of whom were killed in 2011-- along with bomb-making instructions, books on jihad, and issues of the al Qaeda-backed magazine Inspire, prosecutors said.

Rahimi "has been attempting to radicalize fellow inmates in the Metropolitan Correction Center by, among other things, distributing propaganda and publications issued by terrorist organizations," according to a letter from then-Acting US Attorney Joon H. Kim to Judge Berman.

Rahimi let other inmates view the items on his laptop and gave them electronic copies, Kim's letter said. Discs of the materials were found in two inmates' possession.

Prosecutors said Rahimi began distributing these materials in October 2017, if not earlier.

Bombings in Chelsea and New Jersey

The bomb that went off in Chelsea shattered windows, vaulted a steel dumpster more than 100 feet in the air and sent people running from packed restaurants and bars on a Saturday night.

Earlier the same day, a bomb went off near the start of a Marine Corps charity run in Seaside Park, New Jersey.

During the trial, the prosecution presented evidence -- including DNA and fingerprints -- linking Rahimi to the bombs that were placed in New Jersey and New York.

"By some miracle, no one was killed that day," Assistant US Attorney Shawn Crowley said in her opening statement in the trial.

Two days after the bombs went off, police ended a manhunt for Rahimi with a shootout in Linden, New Jersey. Rahimi and two police officers were wounded in the shootout.

Rahimi faces separate charges in other jurisdictions in connection with the Seaside Park bomb, a backpack containing improvised explosive devices found the following day at a transit station in Elizabeth, New Jersey, and the shootout with police before he was taken into custody.