Chemical spill in Illinois sends 37 people to the hospital, including 7 in critical condition 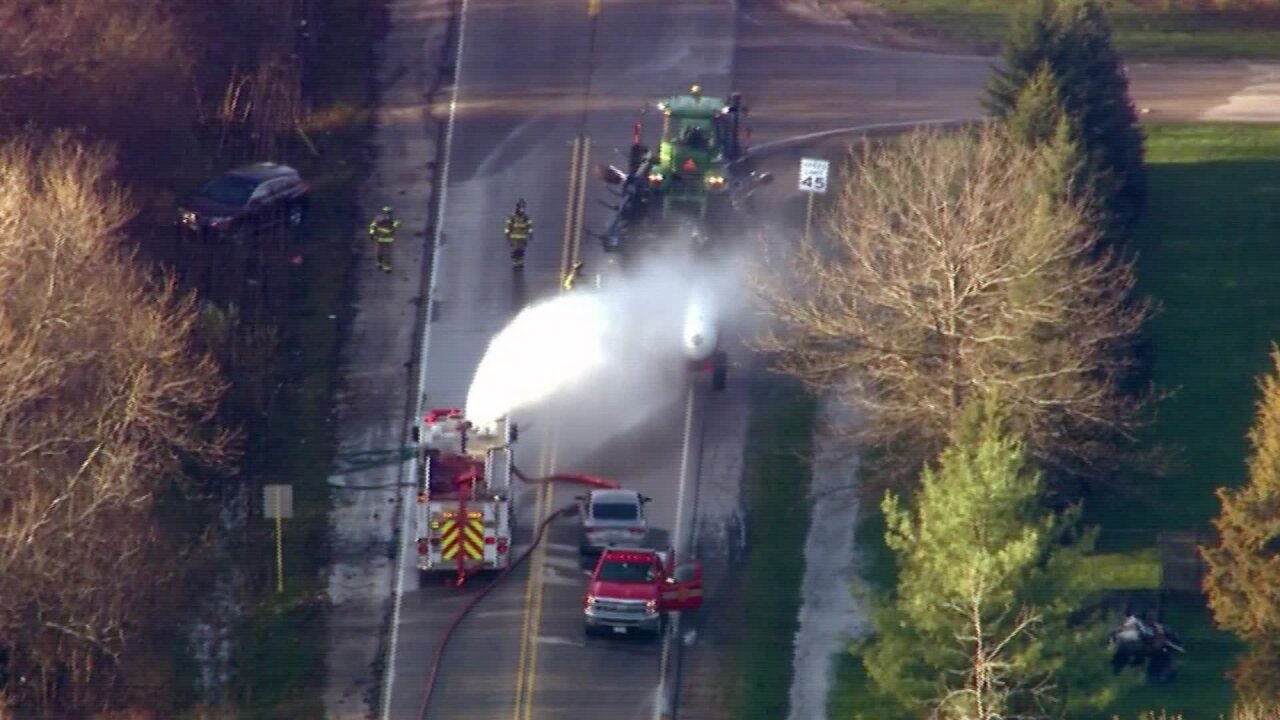 A leak in a container holding hazardous chemicals created a massive chemical spill early Thursday and sent 37 people to the hospital, including seven in critical condition, said authorities in Beach Park, Illinois.

A preliminary investigation found that the containers, which held anhydrous ammonia, were being towed by a tractor on Green Bay Road in Beach Park, a village north of Chicago, Sgt. Christopher Covelli of the Lake County Sheriff's Office said.

Anhydrous ammonia, a colorless gas with pungent fumes, can cause unconsciousness and even death when inhaled. The chemical is commonly used by farmers as an agricultural fertilizer, according to the Centers for Disease Control and Prevention .

The spill created a plume of chemical smoke, Covelli said.

Those transported to hospitals had inhalation issues, the Lake County Sheriff's Office said on its Twitter account. While some have been released, seven were in critical condition, including a firefighter, Covelli said.

A sheriff's sergeant, sheriff's deputy, a Zion Police officer and 11 firefighters who responded to the scene and breathed in the fumes are among those in the hospital, the Lake County Sheriff's Office said.

The leak has since been contained, said Mike Gallo of the Lake Forest Fire Department. Officials are monitoring the plume and advised anyone within a one-mile radius of the spill to stay inside with their windows closed and keep air conditioning and heaters off.

The spill also caused several schools in Beach Park to close for the day, police said.

The shelter-in-place request for Beach Park has been lifted, the Lake County Sheriff's Office said on Twitter on Thursday morning. Door-to-door checks were performed to make sure no one was in medical distress in their homes, said the sheriff's office.