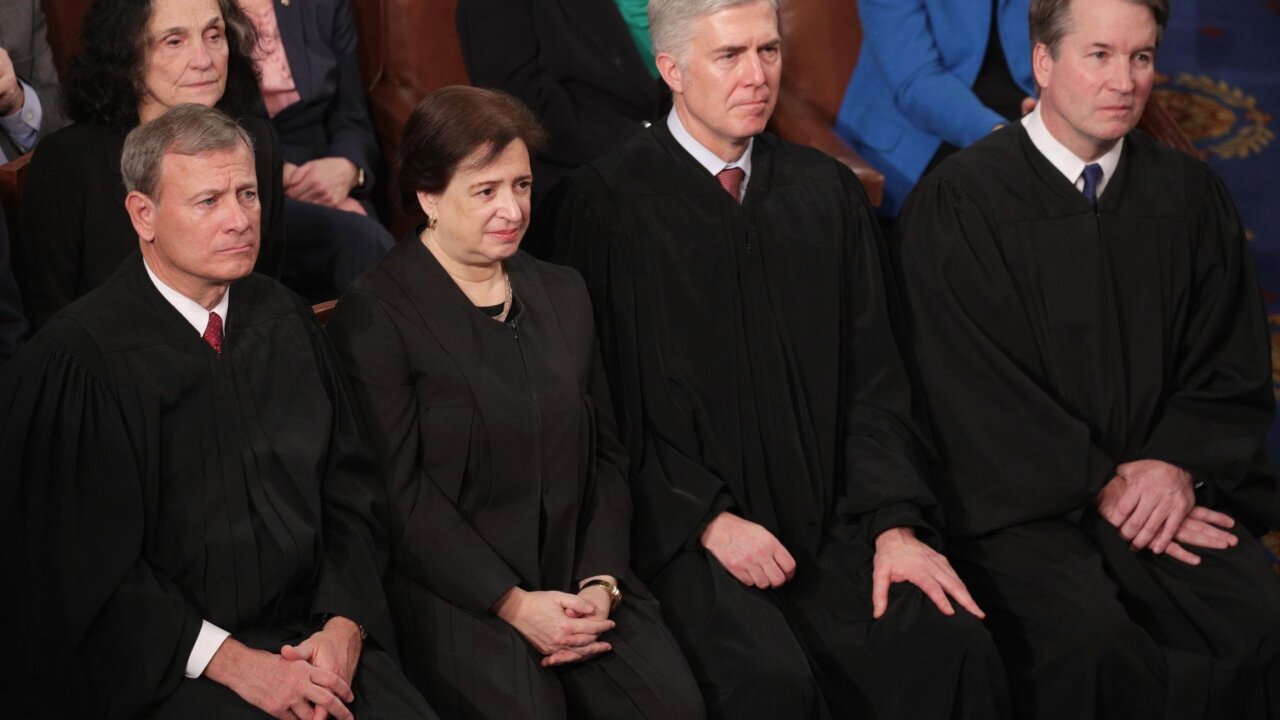 The Supreme Court sent a case concerning a death row inmate, who claims he can no longer remember his crimes because of several strokes he had while in prison, back down to the lower courts to take a second look.

In a 5-3 vote, Chief Justice John Roberts sided Wednesday with the liberals on the court in favor of Madison.

Only eight justices had heard the case because Justice Brett Kavanaugh had not been confirmed by the time the case was argued.

"The state court, we have little doubt, can evaluate such matters better than we. It must do so as the first step in assessing Madison's competency — and ensuring that if he is to be executed, he understands why," Justice Elena Kagan wrote in the majority's opinion.

States are forbidden from executing individuals whose mental state precludes them from understanding the reason for punishment.

"The justices had already voted to stay Madison's execution last January, so today's decision sending the case back to the state court for another look is not that surprising," said Steve Vladeck, CNN Supreme Court analyst and professor of law at the University of Texas School of Law. "It's still significant, though, because, for the second time in eight days, Chief Justice Roberts joined with the more progressive justices to form a majority in siding with a death-row inmate. I don't think that's a sign that the chief's views on the death penalty have changed, but it's further evidence that he has become the swing vote on the court's most divisive cases."

Madison was convicted three times in the shooting of Mobile police Cpl. Julius Schulte, who was responding to a April 1985 domestic disturbance call. Madison, who was on parole, shot Schulte twice in the head, according to court documents.

His sentence was imposed in 1994 by a judge, after a jury recommended life without parole.

Madison suffered a series of strokes, including in 2015 and 2016, and was diagnosed as having vascular dementia.