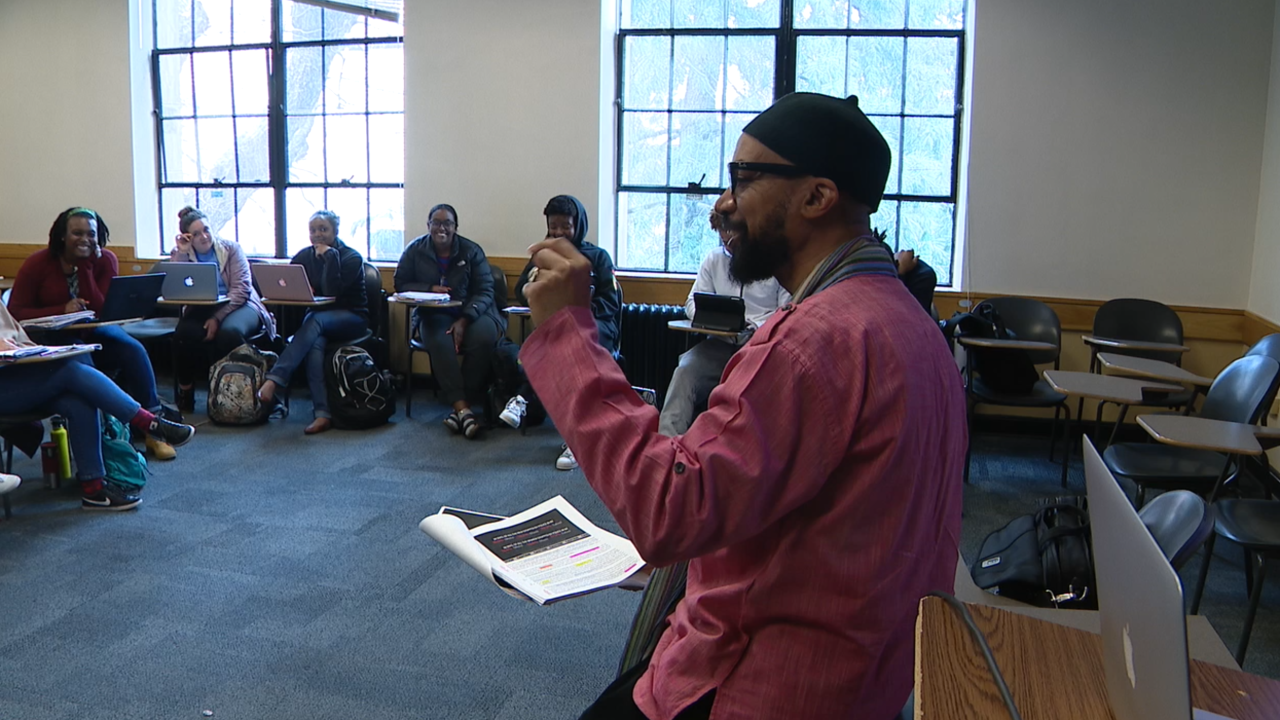 Classes on social movements tend to focus on the past. But this Black Lives Matter class at the University of Colorado in Boulder focuses on what's happening right now.

“So, the whole point is to connect what we're studying in the class to what's happening right now in the real world in real time,” says Professor Dr. Reiland Rabaka.

Dr. Rabaka spent 18 months preparing for this class, touching on everything from police brutality and racial profiling to immigration and mental health.

“People are documenting it as it evolves as it goes along, and that's really incredible,” the professor says. “And the students are very much a part of a lot of these struggles on the ground.”

In March, just miles away from campus, a police officer pulled a gun on a black student picking up trash in his yard. The incident made national news, as well as class curriculum.

“I did go to the march for that with like a hundred other people, and then the next day, I had class and talked about it,” says junior Makena Lambert.

Lambert says she's been waiting for a class like this since the Black Lives Matter movement started.

“No one was teaching me about it in high school, and I remember trying to get people to talk about it at my high school and it really remained unacknowledged,” Lambert says.

Several universities nationwide have similar classes. There's even a Black Lives Matter Week of Action at elementary, middle and high schools around the country.

For PhD student Jenean McGee, she says the class gives students the tools to become leaders and activists themselves.

“It's a political statement. It's activism, and we're able to learn in our everyday lives take what we learned in that class and put it out into the world,” McGee says.