Contracts in question could stall some construction of Trump's border wall 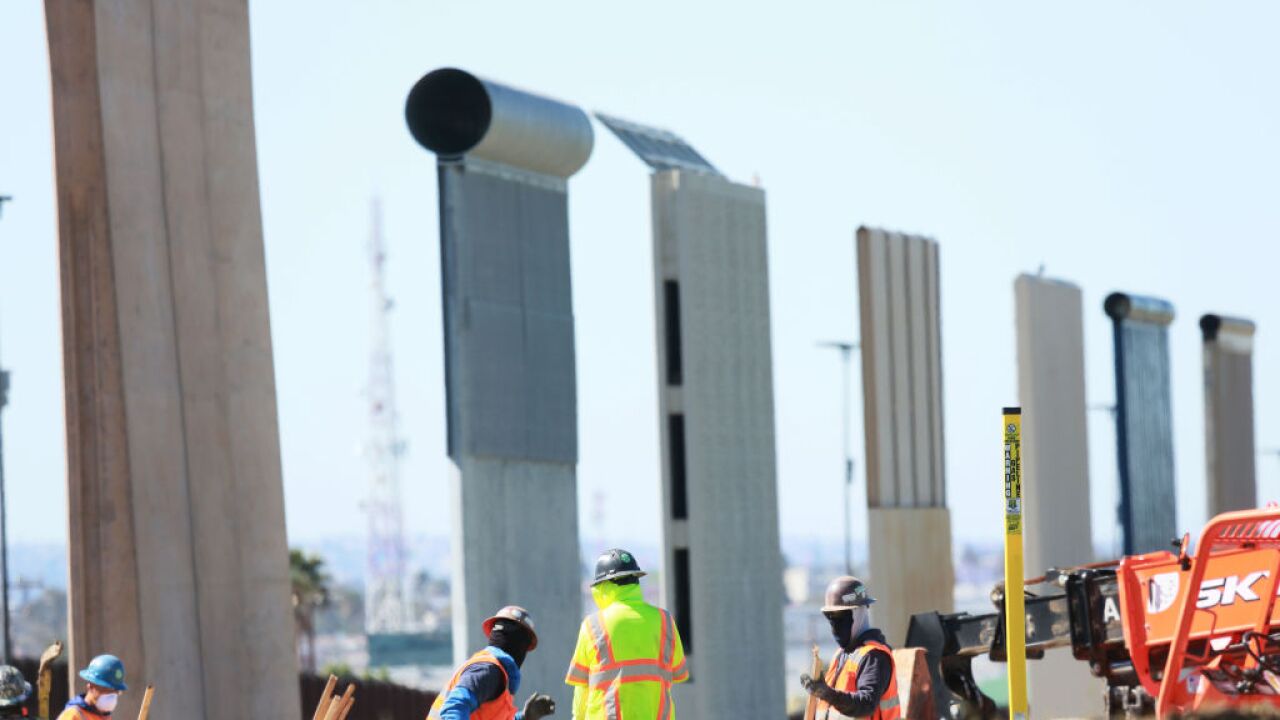 Fisher Sand & Gravel has issued a formal protest with the Government Accountability Office, protesting the award of two contracts to SLSCO Ltd. and Barnard Construction Co., awards that the Pentagon announced earlier this month.

One of the projects is for a $789 million border wall in Santa Teresa, New Mexico, which is in the El Paso sector of the border. The smaller project will be in Yuma, Arizona.

In a letter to the GAO, Fisher Sand & Gravel describes the solicitation as "unique (and highly flawed)."

"The process used by the (US Army Corps of Engineers) effectively suppressed competition and was designed to conduct an artificial process where the end result was known ahead of time by the (Army Corps) by essentially designating two firms as sole source contractors," the letter reads.

At issue is, in part, a questionnaire that asked what previous work a firm had done on the border in the last five years, thereby narrowing which firms could qualify.

Fisher Sand & Gravel also has a pending lawsuit in the US Court of Federal Claims over the solicitation process.

An official familiar with the process tells CNN that the protest must be resolved within 100 days and that the Army Corps will now have to submit to the GAO the rationale it used to award the contract. But the official added that the protests are often resolved more quickly than that.

"We are working to quickly resolve these contract protests so the mission can continue," said Army Corps spokesman Raini Brunson.

When the contracts were initially awarded, the Pentagon said the estimated completion date was September and October of 2020, respectively. However, the protest risks delaying that timeline, as no work can be carried out while the review is ongoing. For now, the projects are effectively on hold.

The Army Corps could override the protest on national security grounds but has yet to do so, according to the official. If they were to do that, the protesting firms could mount a court challenge.

Separately on Friday, the Department of Homeland Security announced that it had issued two waivers to expedite construction of physical barriers in Yuma and El Paso sectors in Arizona and Texas.

"The projects covered by the waivers include up to approximately 53 miles of new bollard wall in place of dilapidated and outdated designs, in addition to, road construction and improvement and lighting installation," according to DHS.