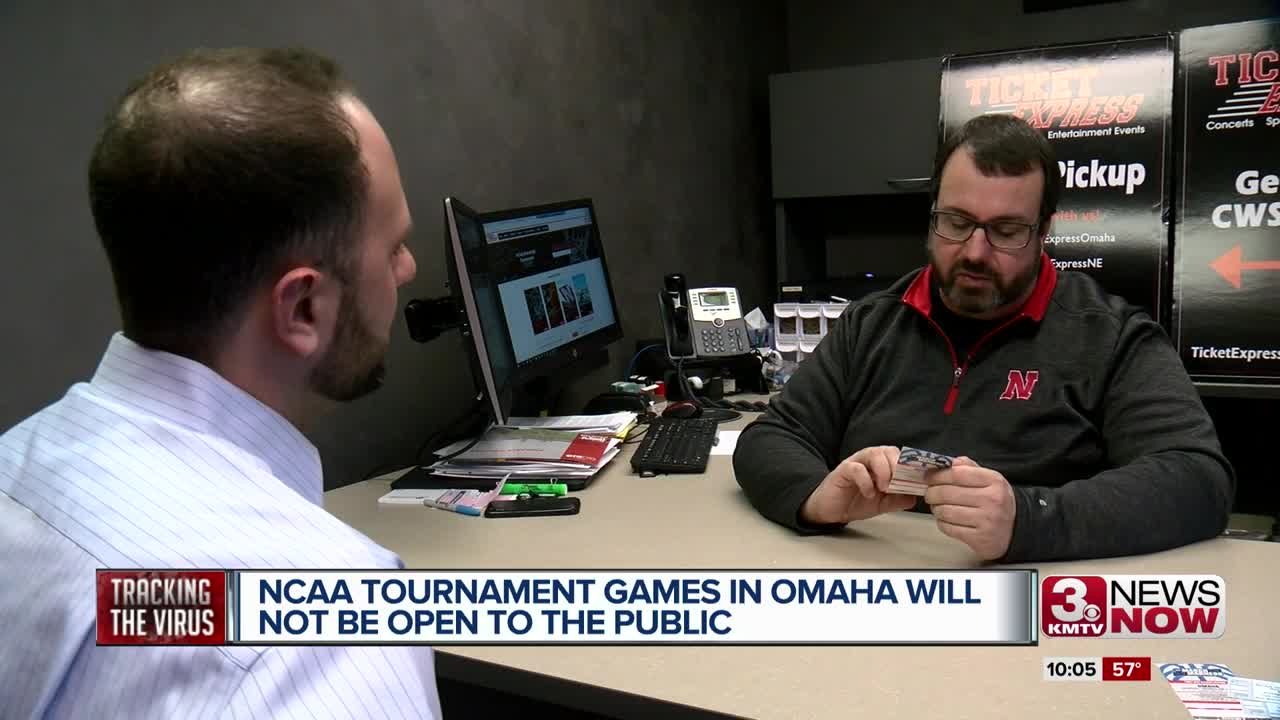 OMAHA, Neb. (KMTV) — Earlier Wednesday the NCAA announced men's basketball tournament games will be played without any spectators, meaning fans will not be able to attend first and second round games at CHI Health Center Omaha.

With thousands of tickets already sold for the six games in Omaha next week, fans are wondering what options they have for now worthless pieces of paper.

"Generally most tickets will say no refunds and no exchanges and this says it at the bottom," said Chad Carr, the president of Ticket Express in Omaha.

Carr said his company is offering full refunds on tournament tickets bought through his company. Wednesday evening the NCAA announced fans who purchased tickets through their ticket website would also receive a full refund.

"We feel that if the event is not played and you can't get in to see the event that you were supposed to be going to you should be getting a 100-percent refund," Carr said.

The Omaha Convention and Visitors Bureau projected an economic impact of roughly $5-million from the tournament from spending taking place at restaurants, shops and area businesses.

"The NCAA and its COVID-19 Advisory Panel made the tough decision to play without fans in the arenas," said Mayor Jean Stothert in a statement Wednesday evening. "As we learn more about the virus and the pace at which it spreads, it may be necessary for others to take similar actions. The City of Omaha looks forward to welcoming the players, coaches and families of the student athletes who will play in the first round games here in Omaha later this month."

The NCAA tournament games in Omaha are scheduled to be played from March 20th through March 22nd at CHI Health Center Omaha.