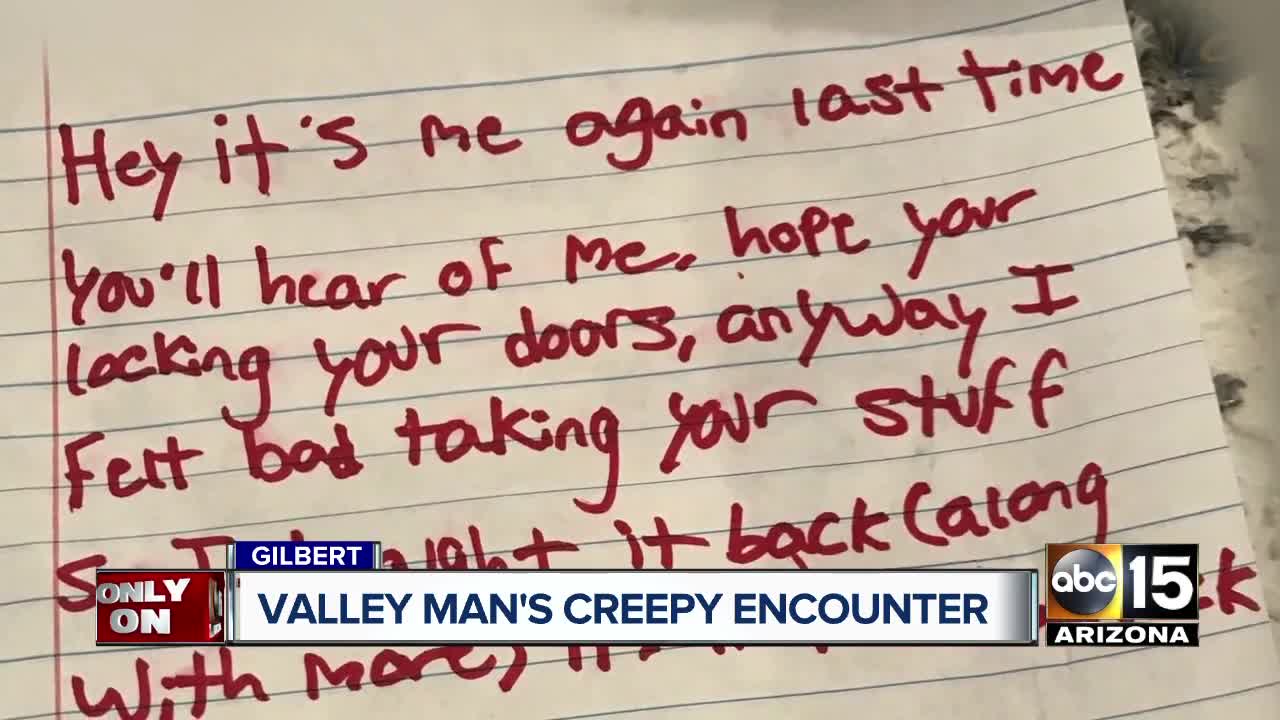 In a bizarre two-day span, residents of an East Valley home say their concern is not just about what someone took from the house, but what they left behind. 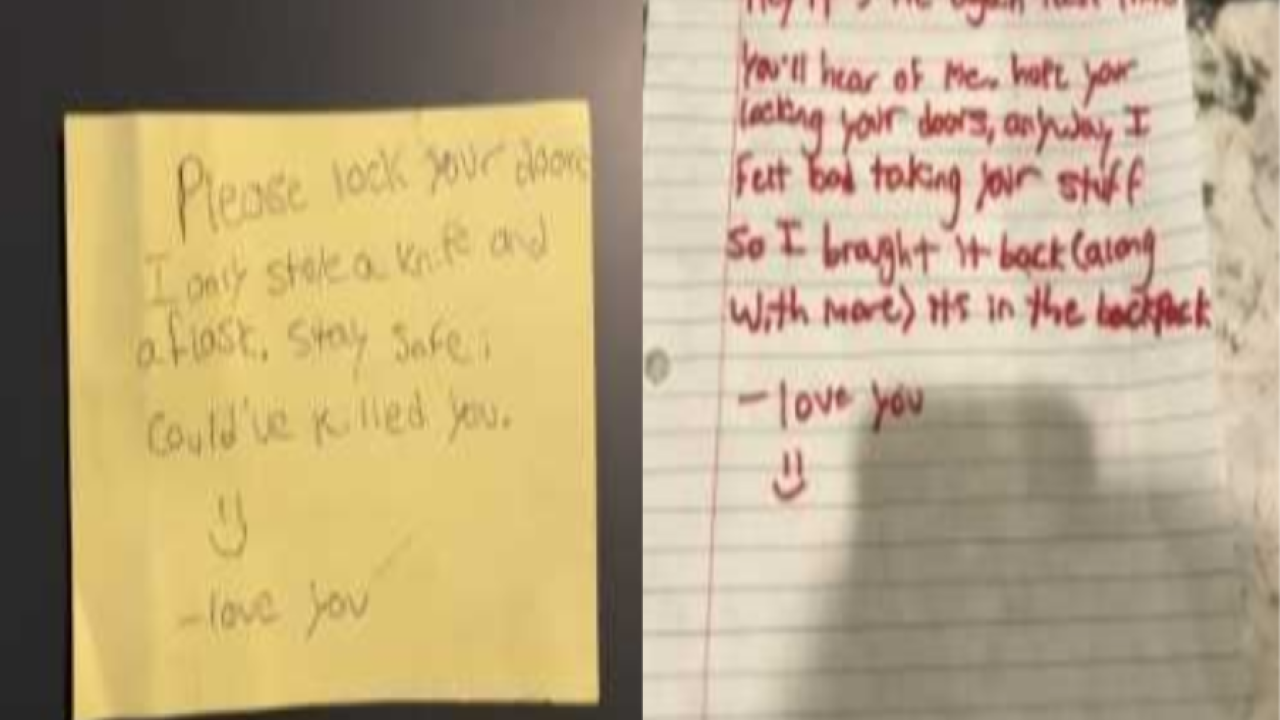 GILBERT, Ariz. — In a bizarre two-day span, residents of an Arizona home say their concern is not just about what someone took from the house, but what they left behind.

Police are now trying to identify a person caught on the home security camera Friday morning, who officers say may have been involved in a burglary at the Gilbert, Arizona, home the day prior.

"The creepiness of it all is the fact of what he did, is kinda weird, it's mentally disturbing," said Max Ganley, who lives at the home.

On Thursday morning, Ganley and his roommates awoke to the ring of their doorbell around 5 a.m. While no one was at the door, Ganley says someone snuck into their house through an unlocked back door and left a note. He provided KNXV with a picture of the note, which reads in part, "Please lock your doors. I only stole a knife and a flask. Stay safe. Could've killed you. Love you."

"My bedroom door is unlocked, he could have probably come up, who knows if he was up there, looking at me," Ganley said.

Ganley says he thought it was a friend playing a prank until he and his roommates bought and installed home surveillance cameras on Thursday. Around 1 a.m. on Friday, he says the doorbell camera activated, showing a man apparently leaving a bag at the front door. Ganley says another note, pictured below, was left with the items.

"He's picked our house twice now. What would stop him from just thinking it's almost a game to him?" Ganley said. "Maybe it's a game to him to come and try to do something else to us."

Ganley says the hydro flask and knife, taken from the home a day earlier, were among the items left in the bag out front. He says he has never before seen the person in the video.

"That's what kind of spooked me more, the fact he played that mind game with us," Ganley said. "You know, we were literally upstairs sleeping, my door was unlocked and stuff. He could have done anything else he wanted to, and it would have caught us off guard."

The Gilbert Police Department is hoping to identify the person caught on camera. They also encourage people to lock their doors and windows when they are asleep or away from home.