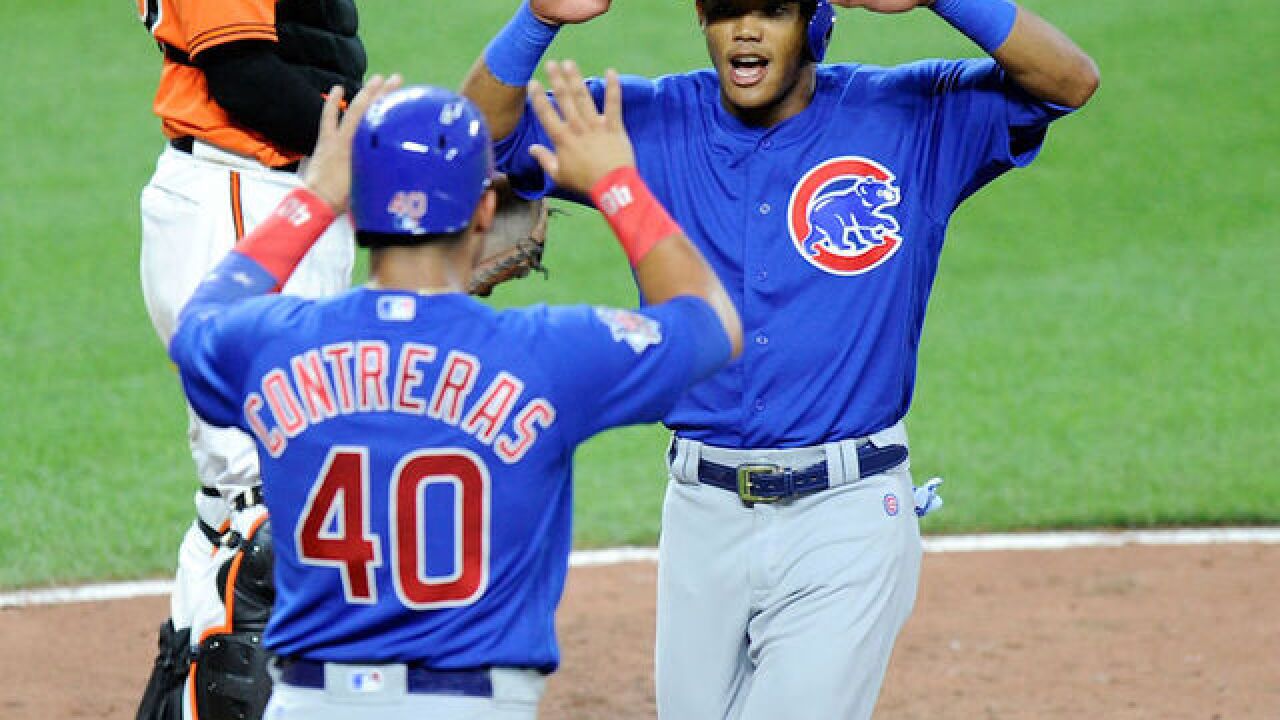 Chicago Cubs star Addison Russell was responsible for knocking a tray of nachos out of the hands of a St. Louis Cardinals fan as Russell dove into the stands, trying to catch a foul ball during a game in St. Louis on Monday.

The incident forced the ground crew to clean up the tray of nachos and spilled chips from the warning track of the field.

Say cheese! Addison Russell gets cheese all over him after destroying a poor @Cardinals fan's nachos. (The man's nachos were replaced.) ? pic.twitter.com/SI85Xkq8BG

Much to everyone's surprise, Russell came back to the field with a fresh tray full of nachos chips and cheese for the fan.

Russell and the fan posed for a selfie before Russell took his spot on the field.