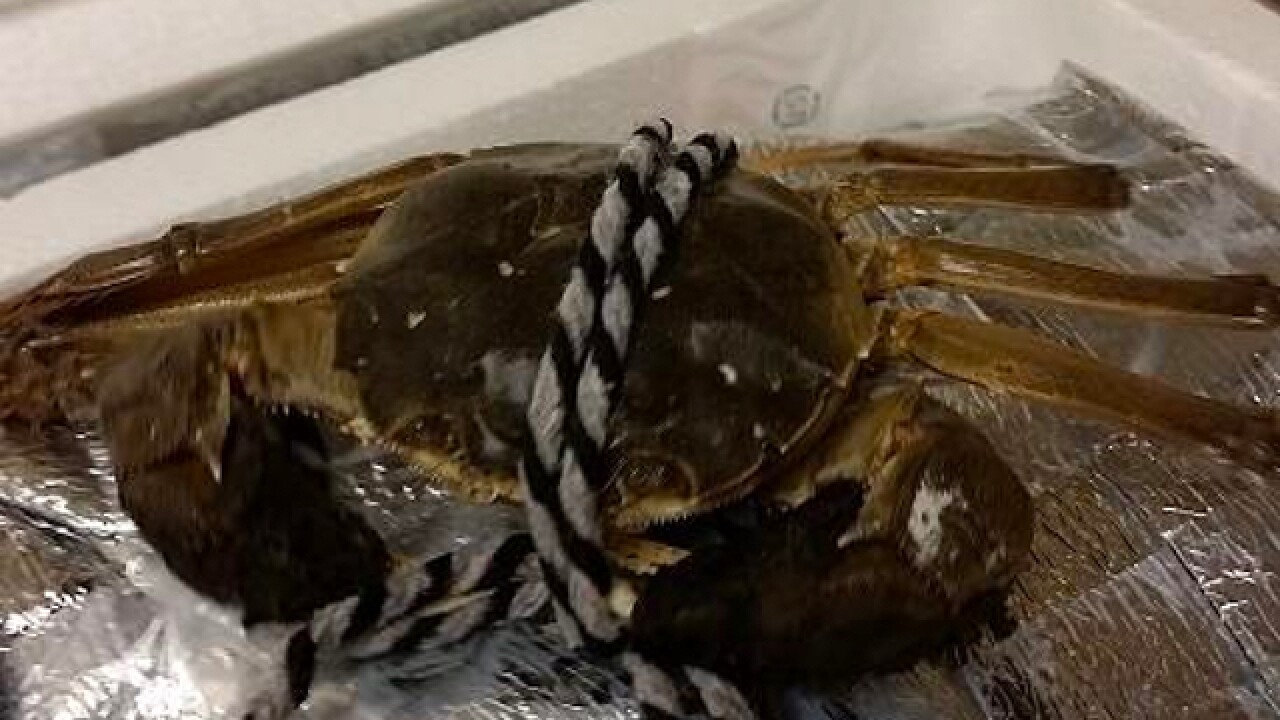 CINCINNATI, Ohio — Customs officials in Cincinnati discovered thousands of live crabs that they said someone was trying to smuggle into the country.

The crabs are considered a seasonal delicacy in Asia, according to Customs officials. But they have had a "disastrous impact" on habitats where they've been introduced.

The crabs were hidden in packages labeled as various types of clothing. They were being sent to various residences in New York. The shipments were refused entry into the U.S.

Across the country, Customs agriculture specialists intercepted more than 352 pests and 4,638 quarantine materials on any given day in the fiscal year 2017, according to the agency.