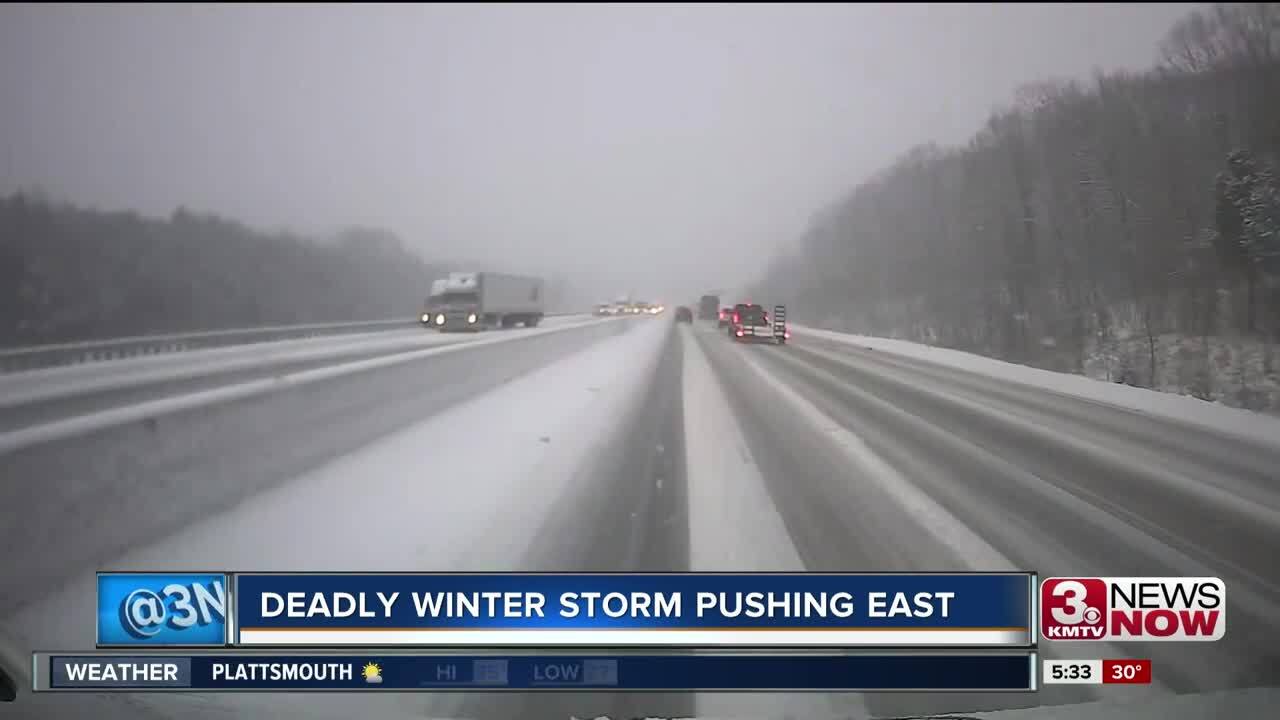 OMAHA, Neb. — A deadly winter storm slammed several states from the Midwest to the East Coast.

It's now blamed for at least nine deaths.

Missouri received the heaviest snow totals as more than 20 inches fell in parts of the state.

Ten inches of snow in Washington D.C. making it the worst winter storm in the nation's capital since 2016.

The effects of the storm could be felt as far south as North Carolina where ice brought down trees and power lines.