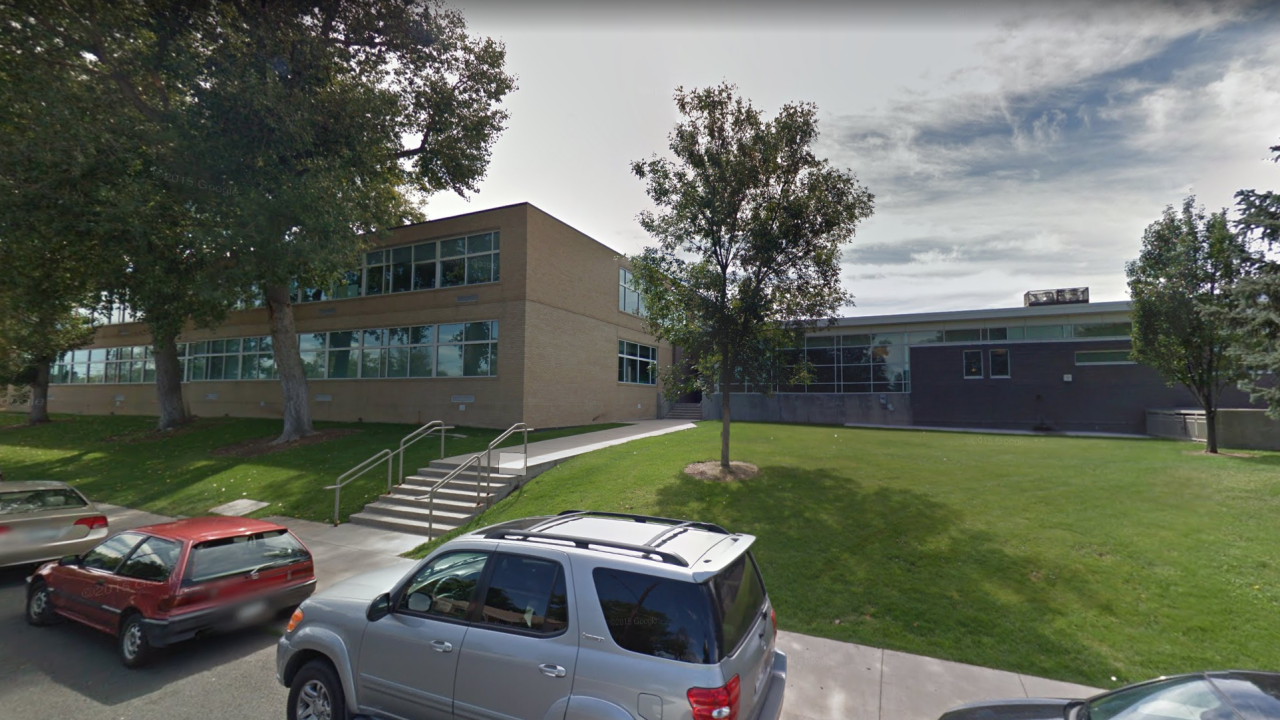 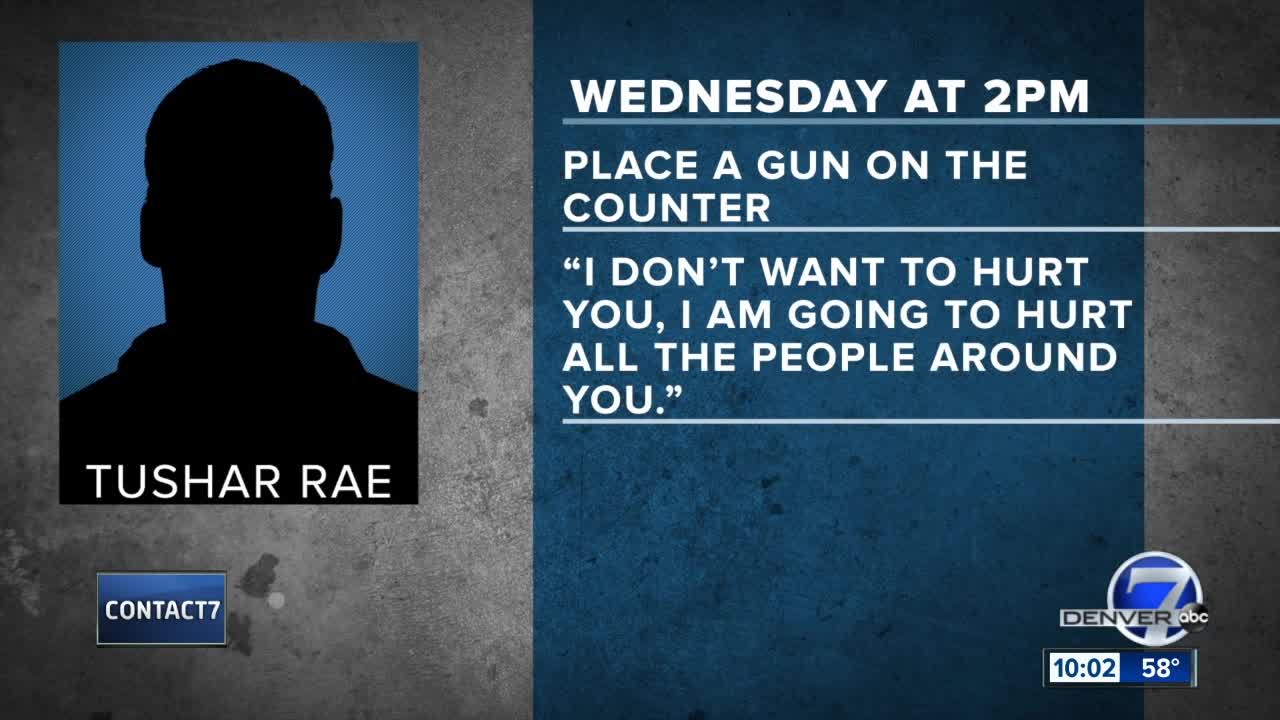 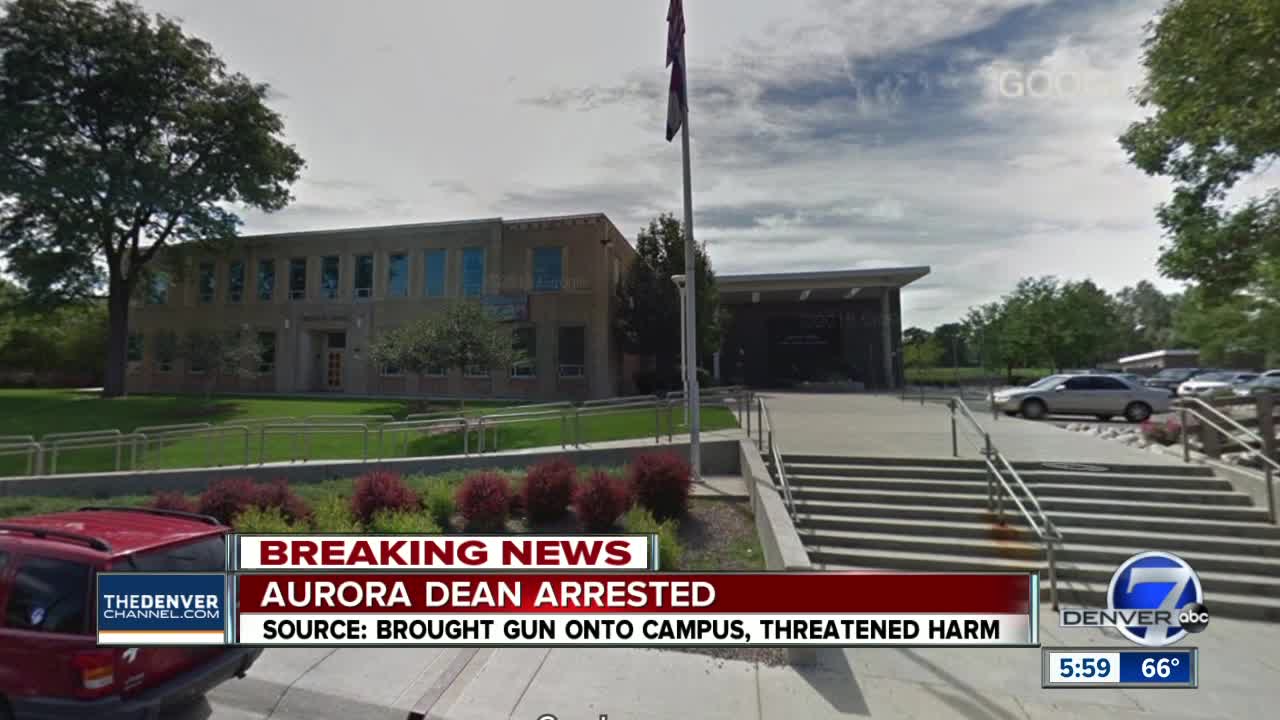 AURORA, Colo. – One of the deans of instruction at Aurora West College Preparatory Academy was arrested Thursday on suspicion of carrying a weapon on school grounds and carrying a concealed weapon.

Tushar Rae, 30, was still jailed in Denver Thursday afternoon on a $200,000 bond following his arrest stemming from the case out of Arapahoe County, according to court records.

Carrying a weapon on school grounds is a class 6 felony while carrying a concealed weapon is a class 2 misdemeanor in Colorado.

According to an informed source with knowledge of the investigation, arresting documents detail a tense confrontation between the school's principal and Rae before his arrest.

The documents show Principal Taisiya “Taya” Tselolikhina received a text at around 2 p.m. Wednesday from Rae, telling her to “meet in the office” after the dean of instruction didn’t show up to school the whole day and didn't inform anyone he was going to be absent.

Once in the office, Rae reportedly placed a gun on a counter and said, “Try and f—k with me. You shouldn’t have said what you said. I don’t want to hurt you. I’m going to hurt all the people around you.”

The documents also stated Rae then said he was going to “shoot the kneecaps off two other people” before asking the principal what she was going to do about it.

"I came prepared,” Rae allegedly told Tselolikhina before he patted his pocket adding that “he had two extra rounds.”

The arresting documents show Rae then told the principal to walk away or he would “shoot the next person outside the door.”

The documents then state two students were outside the office and the school was placed on lockdown.

Aurora police tweeted Wednesday that West Middle School was on lockdown because of a threat of an armed party in the area. The department later tweeted that a suspect was taken into custody by Denver police.

But communications made to parents following the incident tell a different story about the lockdown.

A call from the principal made to parents on Wednesday stated that Aurora Public School officials and Aurora Police Department investigated a possible threat at the school and that “there were rumors of an armed individual in the area” – hours after the district, school administrators and the school principal were all well aware Rae was on campus allegedly armed with a gun and reportedly making threats.

A second call from the school on Thursday afternoon stated that after school officials learned about the allegations, “we promptly placed the employee on administrative leave."

Rae, who remains is jail, is not allowed on school grounds pending the outcome of the criminal investigation.