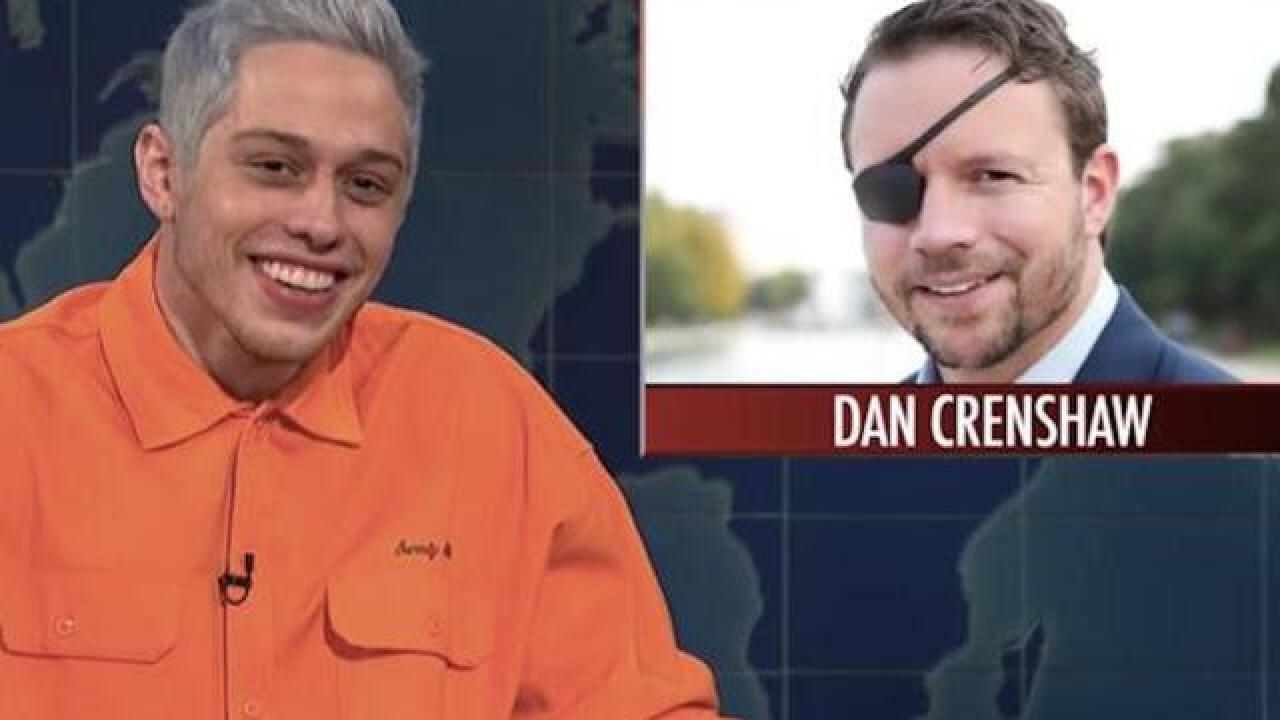 "Saturday Night Live" comedian Pete Davidson mocked the appearance of a congressional candidate whose eye was destroyed while he served in Afghanistan.

The comment came during an "SNL" segment in which Davidson gave his "First Impressions" of the appearances of several candidates. After mocking Crenshaw, he took aim at Gov. Andrew Cuomo, a Democrat, "so I look fair," he said.

Crenshaw, a Navy SEAL who did five tours of duty, lost his right eye when he was hit by an IED blast in Helmand province in 2012, according to his campaign website. Surgeries restored sight in his left eye. He recovered and ultimately deployed twice more.

Crenshaw was medically retired in 2016 with two Bronze Stars, the Purple Heart and the Navy Commendation Medal with Valor, according to his biography.

Crenshaw, who faces Democrat Todd Litton on Tuesday, reacted in a tweet on Sunday.

"Good rule in life: I try hard not to offend; I try harder not to be offended," he wrote. "That being said, I hope @nbcsnl recognizes that vets don't deserve to see their wounds used as punchlines for bad jokes."

"Getting dumped by your pop star girlfriend is no excuse for lashing out at a decorated war hero who lost his eye serving our country, NRCC spokesman Jack Pandol said in a statement, referencing Davidson's recent split with singer Ariana Grande. "Pete Davidson and NBC should immediately apologize to Dan, and to the millions of veterans and military families who tune in every weekend -- because they're not laughing."

Donald Trump Jr., the President's son, tweeted that the comment "sounds more like leftist editorial than anything these days."

Criticism of veterans injured in war has traditionally been off limits.

President Trump was sharply criticized in 2015 for dismissively saying former Sen. John McCain was "not a war hero," although McCain spent years as a prisoner in Vietnam.

"I like people who weren't captured, OK?" Trump said at the time.