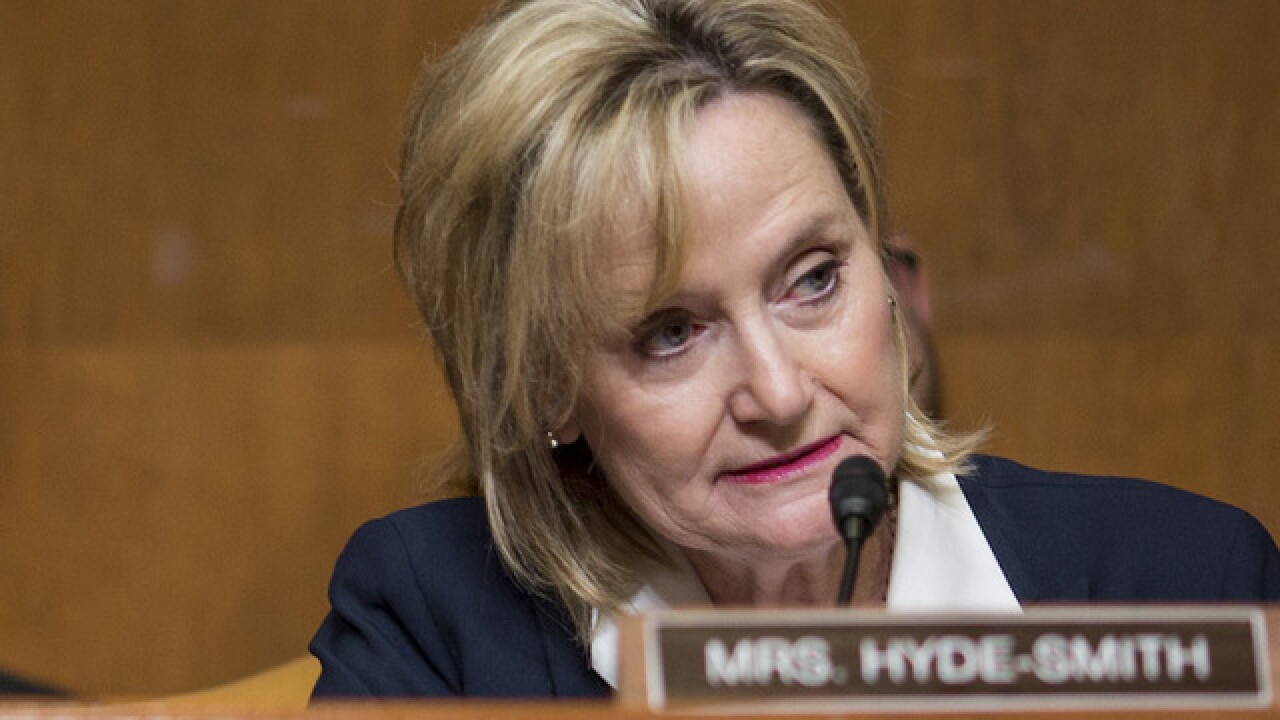 Mississippi Republican Sen. Cindy Hyde-Smith joked about going "front row" to a "public hanging" in a video posted to Twitter on Sunday morning, prompting her opponent to call her comment "reprehensible."

"If he invited me to a public hanging, I'd be on the front row," the senator is heard saying in the video.

Hyde-Smith was appointed in April to fill the seat vacated by longtime Republican Sen. Thad Cochran, who stepped down due to health reasons. She became the first female senator to represent the state.

In the video, Hyde-Smith appeared to be speaking during a campaign event about the support of a Mississippi rancher.

The line drew applause and laughter from the crowd. The short video clip was met with immediate backlash online and had more than 2 million page views as of late Sunday night.

"If he invited me to a public hanging, I'd be on the front row"- Sen. Cindy Hyde-Smith says in Tupelo, MS after Colin Hutchinson, cattle rancher, praises her.

Hyde-Smith is in a runoff on Nov 27th against Mike Espy. pic.twitter.com/0a9jOEjokr

Hyde-Smith issued a statement on Sunday after the video posted, saying, "In a comment on Nov. 2, I referred to accepting an invitation to a speaking engagement. In referencing the one who invited me, I used an exaggerated expression of regard, and any attempt to turn this into a negative connotation is ridiculous."

In a statement posted to Twitter on Sunday, Espy, who would become the first black senator to represent Mississippi since the Reconstruction era if he wins, called the comments "reprehensible."

He wrote, "They have no place in our political discourse, in Mississippi, or our country. We need leaders, not dividers, and her words show that she lacks the understanding and judgment to represent the people of our state."

Mississippi had the highest number of lynchings in the nation between 1882 and 1968, according to the National Association for the Advancement of Colored People.

"Hyde-Smith's decision to joke about 'hanging' when the history of African Americans is marred by countless incidents of this barbarous act, is sick," NAACP President Derrick Johnson said in a statement Sunday, according to The Washington Post. "Any politician seeking to serve as a national voice of the people of Mississippi should know better."