How much are politicians spending on Facebook ahead of the midterms?

Beto O'Rourke spent $5M between May and October 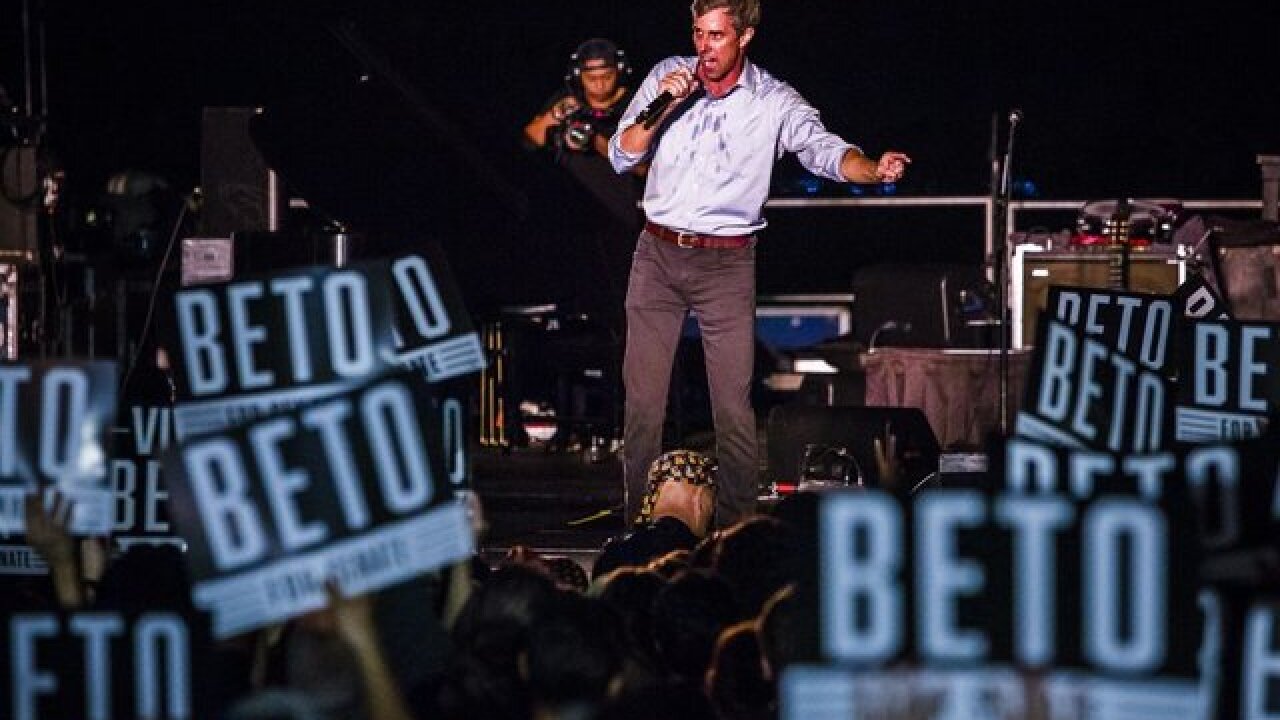 How much do politicians and Super PACs value Facebook ahead of the 2018 midterms? In some cases, hundreds of millions of dollars.

Facebook this week published its political ad archive report, which tracks every political ad bought on the platform between May 1 and Oct. 20, 2018. The social media platform reports that more than 1.5 million political ads were purchased during that time for a total of more than $250 million.

President Donald Trump spent nearly $5 million on Facebook ads during that span. The ads purchased were split between Trump's 2020 campaign and the Trump Make America Great Again Committee — a joint fundraising committee between Trump's campaign committee and the RNC.

But even Trump was outspent by Texas Senate candidate Beto O'Rourke. The Democrat spent $5.3 million on Facebook between May and October. By comparison, O'Rourke's opponent Ted Cruz spent about $400,000 on Facebook during that same time period.

It's no secret that O'Rourke has relied heavily on social media in his push to turn Texas blue. Over the summer, he got a bump from a viral video that showed him explaining why he supports NFL players kneeling for the national anthem. One version of the video has been viewed 46 million times.

Despite O'Rourke's heavy spending, ABC News' FiveThirtyEight still gives Cruz an edge in the polls with a 7 in 9 chance that he is re-elected.

Though she is not up for re-election this fall, California Sen. Kamala Harris was also among the politicians that spent big on Facebook, buying nearly 17,000 ads for more than $1 million. Harris is rumored to be eying a run for President in 2020.

JB Pritzker, a Chicago businessman who is running for governor of Illinois as a Democrat, spent nearly $2 million on Facebook. FiveThirtyEight gives him an 11 in 12 chance of being elected governor.

ExxonMobil, the oil and gas giant, spent the most on political Facebook ads among corporations in 2018, pouring nearly $2 million into 1,700 ads. A search through Facebook's archives shows most of the company's most recent ads oppose Colorado Proposition 112 — a proposition that, if passed, would require oil and gas developments to be at least 2,500 feet from occupied buildings, parks, creeks, and other "vulnerable areas." Oil companies have argued the restrictions would make fracking and oil extraction in Colorado too difficult and expensive.

Finally, despite calls for President Donald Trump's impeachment from some Democrats in the face of the Mueller investigation, Congressional leadership on the left has largely chosen not to campaign on the promise of impeachment. But that hasn't stopped wealthy Democratic activists from campaigning for impeachment on their own.

Tom Steyer, a longtime Democratic donor ran nearly 6,000 ads on his page paid for by "Need to Impeach", a pro-impeachment fund started by Steyer. The fund is not affiliated with any Democratic candidates.