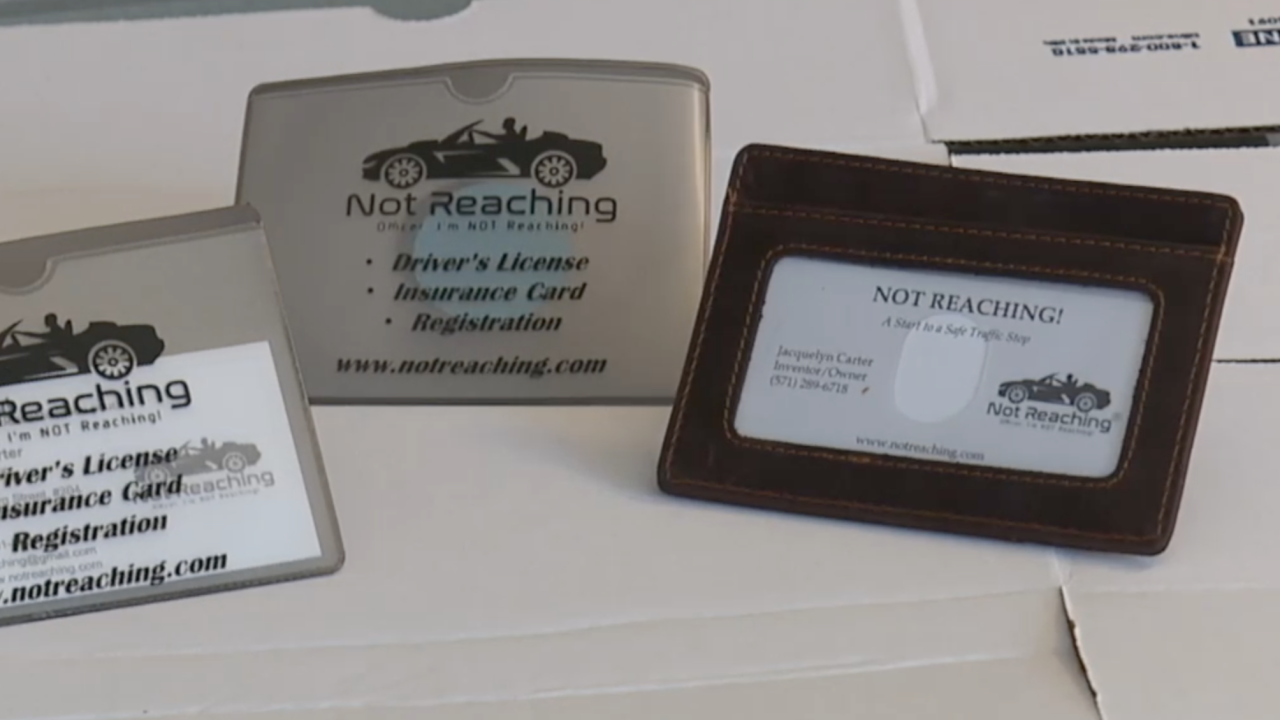 After several police shootings and getting pulled over a number times, two Virginia parents came up with a product they hope will help protect drivers during traffic stops.

The couple created a clear pouch that can hold a driver’s license, insurance card and a car’s registration. It’s called the ‘ Not Reaching ’ pouch, and it’s is a magnet that holds the information in place near the driver’s side of the car. The product is designed so the driver does not have to reach around to the glove compartment or other parts of the car.

“When an officer approaches your vehicle during a traffic stop you no longer have to reach. The reaching and the sudden movement is what most officers that we interviewed makes them nervous during traffic stops,” said Jackie Carter.

The couple got input from law enforcement when developing with the concept. They also said they got the support of Philando Castile’s mother. Castile was shot during a traffic stop in Minnesota in 2016. The incident became national news as Castile’s fiancée posted video of the incident on Facebook.

“We’re not saying this is the total solution to what is going on but I think it’s a solution to help,” said Wayne.

The couple is selling the pouches for about $10 and, so far, has sold more than 2000 of them across the country.

For Jackie Carter and her husband Wayne, interactions with police are a personal concern.

They have both been pulled over by police, and he said he experienced an unusual pattern not too long ago.

“I got stopped four times in less than a week and a half,” recalled Wayne.

Their son, who serves in the military, has also been pulled over. Jackie Carter said she’s just as fearful for her son getting pulled over by police in the U.S. as she is when he serves overseas.

That is why they hope the product will be something that makes traffic stops safer.

“That’s why we were like we have to do something because a traffic stop is not supposed to take your life,” said Jackie.