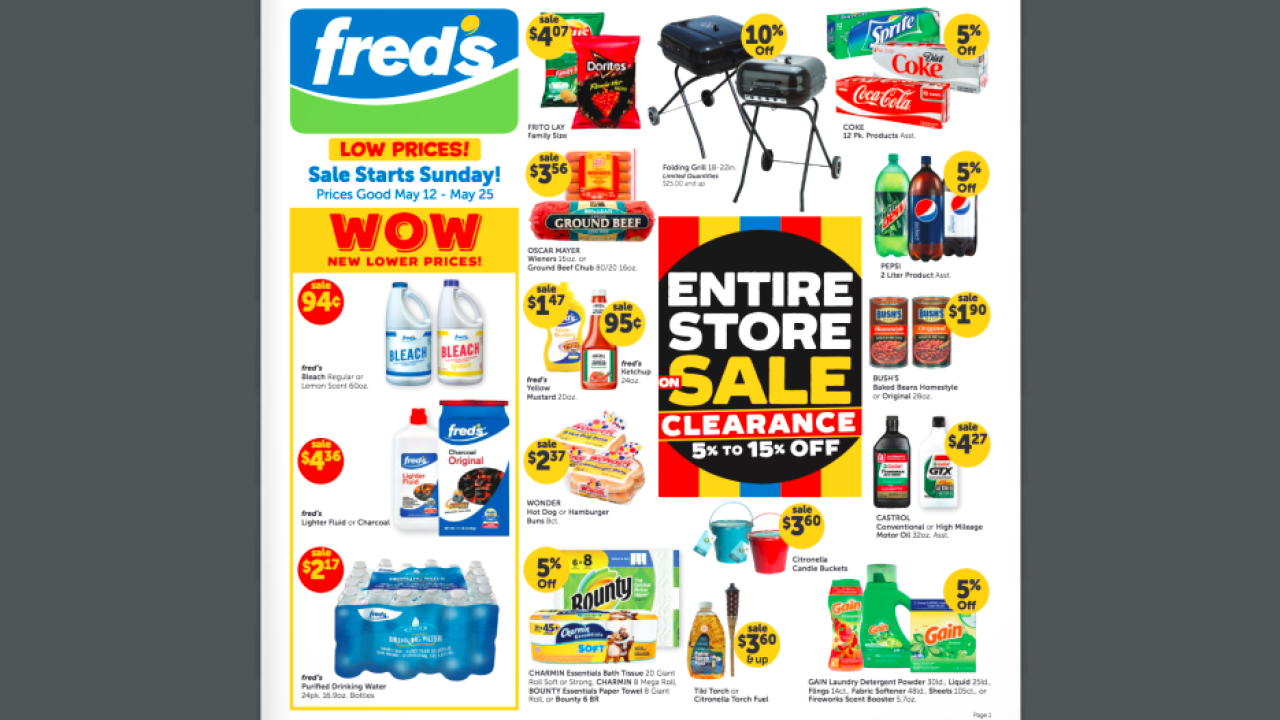 Discount chain Fred's is closing 104 more stores by the end of June.

The Memphis-based retailer said Thursday the closures are in addition to the 159 stores it said in April it was closing . Between the two waves of closures, Fred's is reducing its store count by nearly half.

"These additional store closures are a difficult, but necessary step in the continued restructuring of Fred's," CEO Joseph Anto said in a press release.

The soon-to-be shuttered stores are located in Alabama, Georgia, Illinois, Florida, Louisiana, Mississippi, Missouri, Kentucky, South Carolina, North Carolina, Tennessee and Texas. Liquidation sales begin Thursday and the company aims to have them closed by the end of next month.

Once the closures are completed, Fred's will have roughly 300 stores left. Earlier this year it had 557 stores, primarily across the southeastern United States.

The 72-year-old company, which sells items like food and household cleaning supplies, is struggling to find a working strategy.

Fred's is trying to get out of the pharmacy business. Walgreens bought Fred's pharmacy patient prescription files and inventory last year.

The stock is down 25% Thursday to about 45 cents per share.