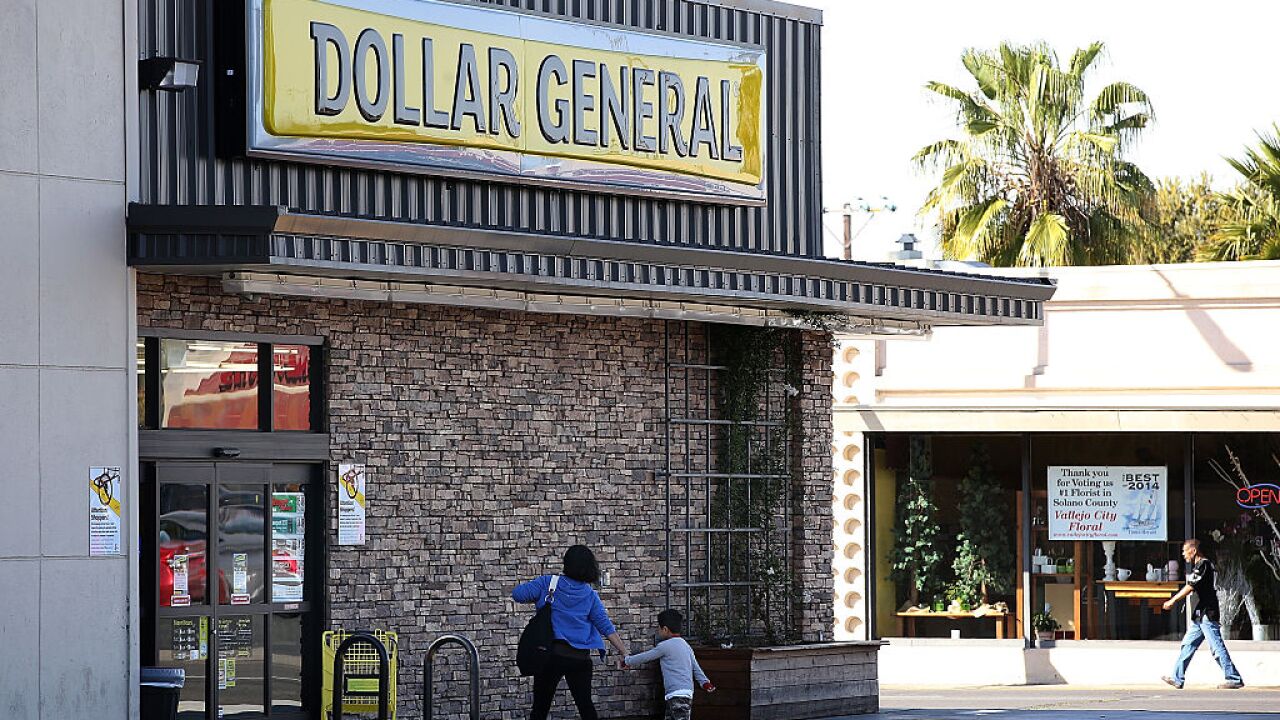 The company said Thursday it will open 975 new stores in the United States this year. Dollar General will remodel 1,000 older stores with new queue lines to drive last-minute impulse buys. It will also spruce up its health and beauty sections to lift sales.

Dollar General has been growing for years in rural America. Dollar General opened 900 stores in 2018 and 1,315 the year prior. It has more than 15,300 stores across the country and sales have increased for 29 straight years.

Despite a strong economy today, the uneven recovery in the United States has buoyed Dollar General .

"While the economy is doing very well, our core customer continues to struggle," Dollar General chief executive Todd Vasos told analysts last year. Vasos said on Thursday that Dollar General is preparing for the consumer environment to weaken in the second half of the year.

The chain caters mainly to low-and-middle-income customers in rural and suburban areas. That helps it stand out against suburban chains like Dollar Tree and Family Dollar, which focuses on urban customers. Family Dollar has struggled in recent years and will close nearly 400 stores this year .

Dollar General looks to build stores in rural areas where big box retailers or grocery stores are not within 15 or 20 miles. That gives the company close proximity to shoppers and compels more frequent store visits. The company says 75% of its locations are in towns with 20,000 or fewer people.

Dollar General even surged during the holidays. Dollar General's sales at stores open at least a year increased 4% during its most recent quarter compared with a year earlier, beating analysts' expectations.

The US government shutdown boosted Dollar General sales by 0.7% last quarter because the Agriculture Department doled out February SNAP benefits early, the company said. It also got a lift from more shoppers buying food and home products, such as kitchenware and small appliances.

Despite strong sales, Dollar General's stock dropped around 9% in early trading Thursday. Dollar General said it lowered prices on some merchandise during the holidays to win market share, but that dented its profit margins. Its profit forecast for 2019 also fell short of Wall Street's expectations.

The company wants to get current customers to spend more at stores and reach new shoppers, so it plans to introduce its own cosmetics and baby product brands this year.

Dollar General will also focus on selling more groceries and fresh food to grow its business. It is adding produce sections and refrigerators to hundreds of stores. Dollar General has said that offering fruit and vegetables at stores in rural and urban food deserts can "drive a tremendous amount of traffic."

The strategy could help Dollar General compete with bigger rivals such as Walmart and beat back the threat of German discount grocery chains Aldi and Lidl. Aldi has poured billions of dollars into new stores with fresh food sections. Lidl acquired a couple dozen Best Market grocery stores in New York and New Jersey last month.

In addition, the company will roll out buy online, pickup in store at select stores for the first time later this year, a sign that Dollar General believes the popular digital option will take off in rural areas.