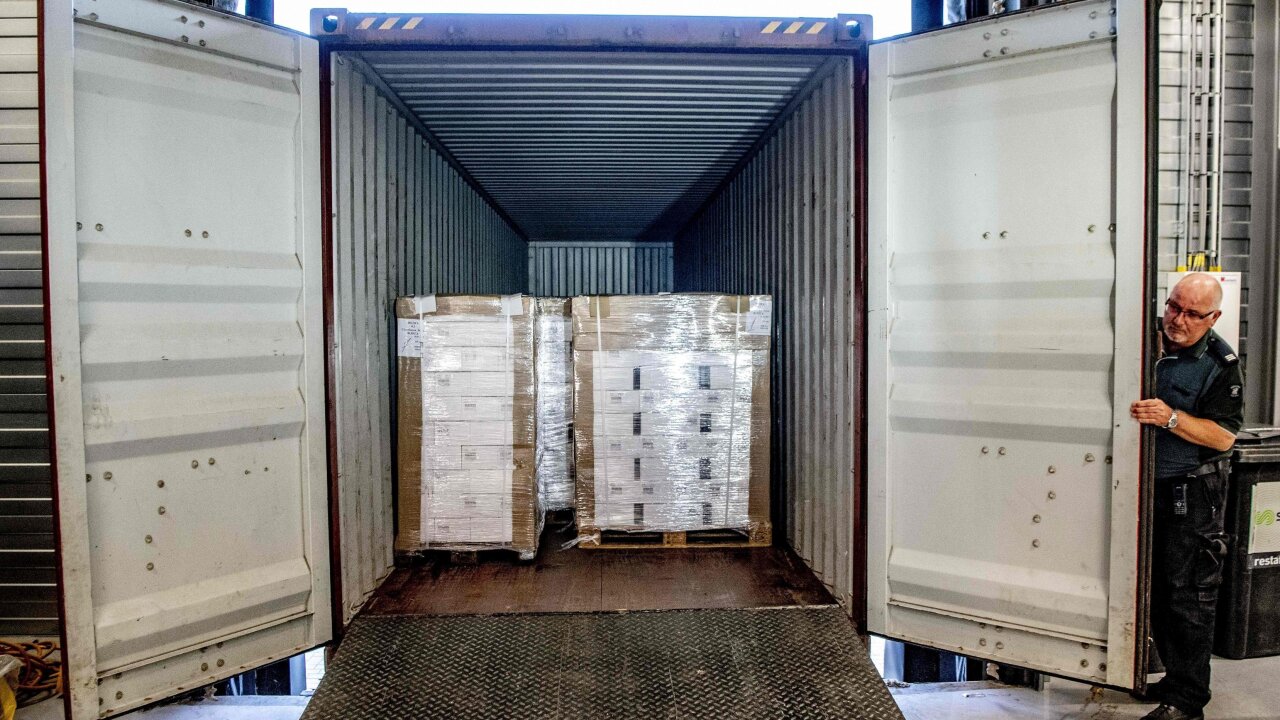 A container filled with 90,000 bottles of vodka believed to be for sanctions-hit North Korea has been seized by Dutch customs agents, officials said Tuesday.

Three-thousand cases of the spirit were found by officers at the port of Rotterdam aboard a ship owned by China's Cosco Shipping, said Roul Velleman, a spokesman for the Dutch customs agency.

Velleman said officers decided to check the container based on a "risk profile" provided by the Foreign Ministry.

"We follow a risk profile and we had information that this container could be carrying something," Velleman said. "And it was right. It was vodka -- destination China, probably to go to North Korea."

North Korea has been slapped with a number of international sanctions, which include a ban on the import of certain luxury goods, for its continued ballistic missile testing and violations of UN resolutions.

Those sanctions were the reason behind this particular seizure -- which was ordered by the Dutch minister for trade, Sigrid Kaag -- her spokesman said.

"The Security Council of the United Nations has imposed clear sanctions on North Korea, so it is important to enforce those sanctions," Kaag said, according to her spokesman, Jeroen van Dommelen.

"The sanctions also govern the import of luxury goods and so customs was completely justified in unloading that container."

China, which is often highlighted as North Korea's largest trading partner and historically its closest ally, has previously said it has been enforcing the sanctions, despite skepticism from some analysts.

Velleman declined to confirm whether the vodka was meant for North Korean leader Kim Jong Un.

The seizure comes as Kim and US President Donald Trump are meeting in Hanoi, Vietnam, for a two-day summit that is expected to build upon their agreement to "work toward complete denuclearization of the Korean Peninsula."