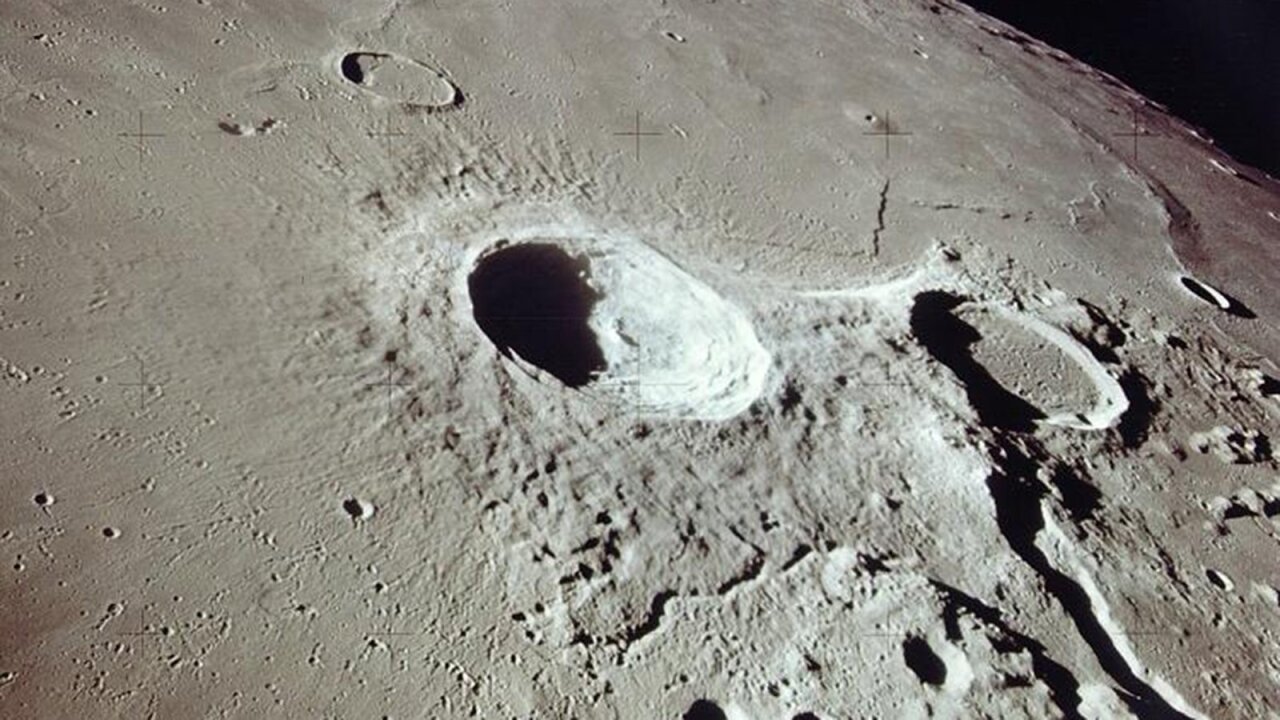 The moon is slowly shrinking over time, which is causing wrinkles in its crust and moonquakes, according to photos captured by NASA's Lunar Reconnaissance Orbiter.

Unlike Earth, the moon doesn't have tectonic plates. Instead, as the moon's interior has cooled over the last several hundred million years, it has caused the surface to wrinkle as it shrinks. Unlike the flexible skin of a grape when it shrinks into a raisin, the moon's brittle crust breaks. This creates stair-step cliffs called thrust faults as part of the crust is pushed up and over another close part of the crust.

There are now thousands of cliffs scattered across the moon's surface, averaging a few miles long and tens of yards high. The orbiter has taken photos of more than 3,500 of them since 2009. In 1972, Apollo 17 astronauts Eugene Cernan and Harrison Schmitt had to ascend one of these cliffs, the Lee-Lincoln fault scarp, by zig-zagging the lunar rover over it.

Today the moon is 50 meters "skinnier" because of this process. And as it shrinks, the moon actively produces moonquakes along the faults. Researchers re-analyzed seismic data they had from the moon to compare with the images gathered by the orbiter.

Data from the seismometers placed on the moon during the Apollo 11, 12, 14, 15 and 16 missions revealed 28 moonquakes recorded between 1969 and 1977. Researchers compared the location of the epicenters for those quakes with the orbiter imagery of the faults. At least eight of the quakes occurred due to activity along the faults. This rules out the possibility of asteroid impacts or rumblings from the moon's interior.

This means that the Apollo seismometers recorded the moon shrinking, the researchers said. The study of Apollo seismic data and analysis of more than 12,000 of the orbiter's photos were published Monday in the journal Nature Geoscience .

"It's really remarkable to see how data from nearly 50 years ago and from the [orbiter] mission has been combined to advance our understanding of the Moon while suggesting where future missions intent on studying the Moon's interior processes should go," said John Keller in a statement, study author and Lunar Reconnaissance Orbiter project scientist at NASA's Goddard Space Flight Center.

The researchers believe the quakes are still occurring on the moon, which means that its actively changing.

"Our analysis gives the first evidence that these faults are still active and likely producing moonquakes today as the Moon continues to gradually cool and shrink," said Thomas Watters, senior scientist in the Center for Earth and Planetary Studies at the Smithsonian's National Air and Space Museum in Washington. "Some of these quakes can be fairly strong, around five on the Richter scale."

Some of the quakes also happened during a point in the moon's orbit when it was farthest from Earth, indicating that the tidal stress of Earth's gravity could have contributed to stress on the moon's crust.

"You don't often get to see active tectonics anywhere but Earth, so it's very exciting to think these faults may still be producing moonquakes," said Nicholas Schmerr in a statement, study author and assistant professor of geology at the University of Maryland. Schmerr designed the algorithm that re-analyzed the Apollo data.

"For me, these findings emphasize that we need to go back to the moon," Schmerr said. "We learned a lot from the Apollo missions, but they really only scratched the surface. With a larger network of modern seismometers, we could make huge strides in our understanding of the moon's geology. This provides some very promising low-hanging fruit for science on a future mission to the moon."

"Establishing a new network of seismometers on the lunar surface should be a priority for human exploration of the Moon, both to learn more about the Moon's interior and to determine how much of a hazard moonquakes present," said Renee Weber, study co-author and planetary seismologist at NASA's Marshall Space Flight Center, in a statement.