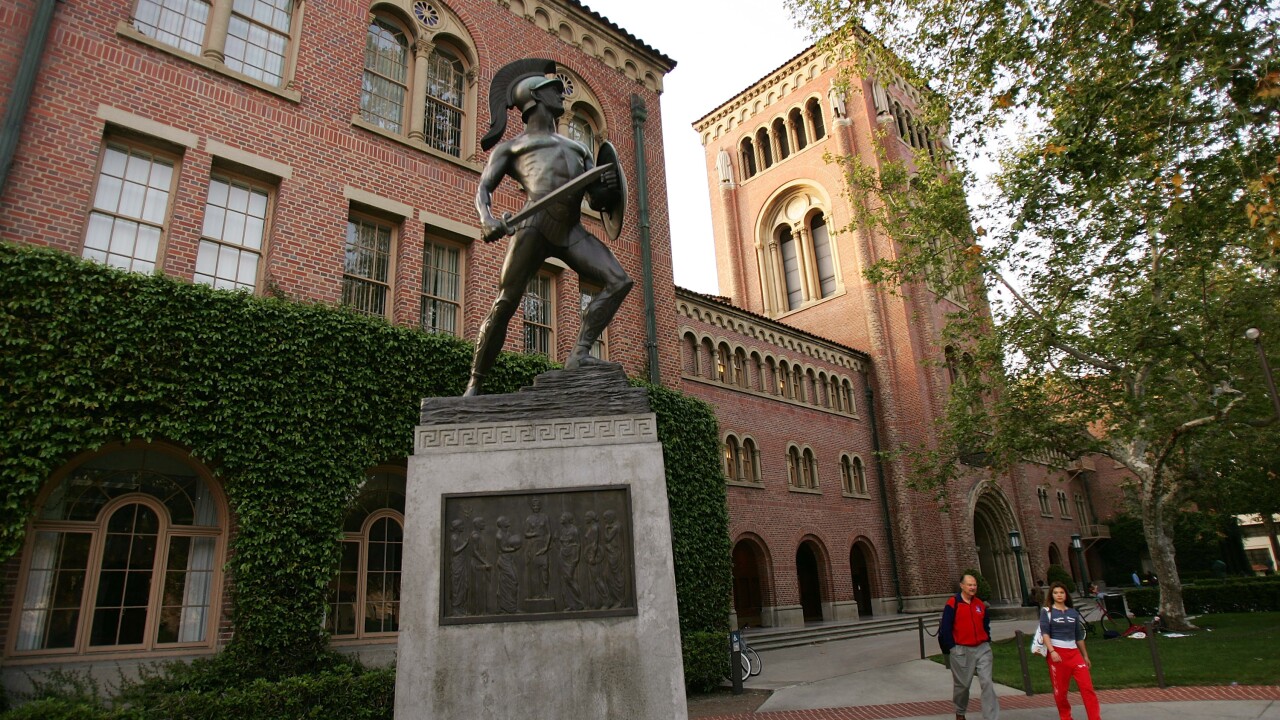 The questions include the names of employees charged, students whose admissions have been mentioned in connection with the case, and all admissions records and policies since 2009.

The letters say that "this preliminary investigation will examine whether there is evidence of any violation of the law or regulations governing the Federal student financial aid programs. "

Education Secretary Betsy DeVos said last week that the department would review whether any regulations were violated in connection with the scheme.

Prosecutors have charged 50 people, including 33 wealthy parents, for carrying out a scheme to cheat on standardized tests and/or bribe college coaches, who then helped the prospective students gain admission by falsely claiming they were athletic recruits.

In a statement, DeVos called the alleged actions by the parents, some of whom allegedly paid more than $1 million to secure admission, "disgraceful."

"Every student deserves to be considered on their individual merits when applying to college and it's disgraceful to see anyone breaking the law to give their children an advantage over others," DeVos said. "The department is looking closely at this issue and working to determine if any of our regulations have been violated."

The nationwide scandal revealed in multiple indictments earlier this month rekindled conversations about fairness in and access to higher education, where the ability to pay, legacy status, and other connections have long played a role in admission.

The Education Department investigates anti-discrimination standards for schools, oversees the organizations that accredit colleges and universities, and regulates eligibility and rules for federally-funded financial aid programs.

Schools have 30 days to submit their responses.