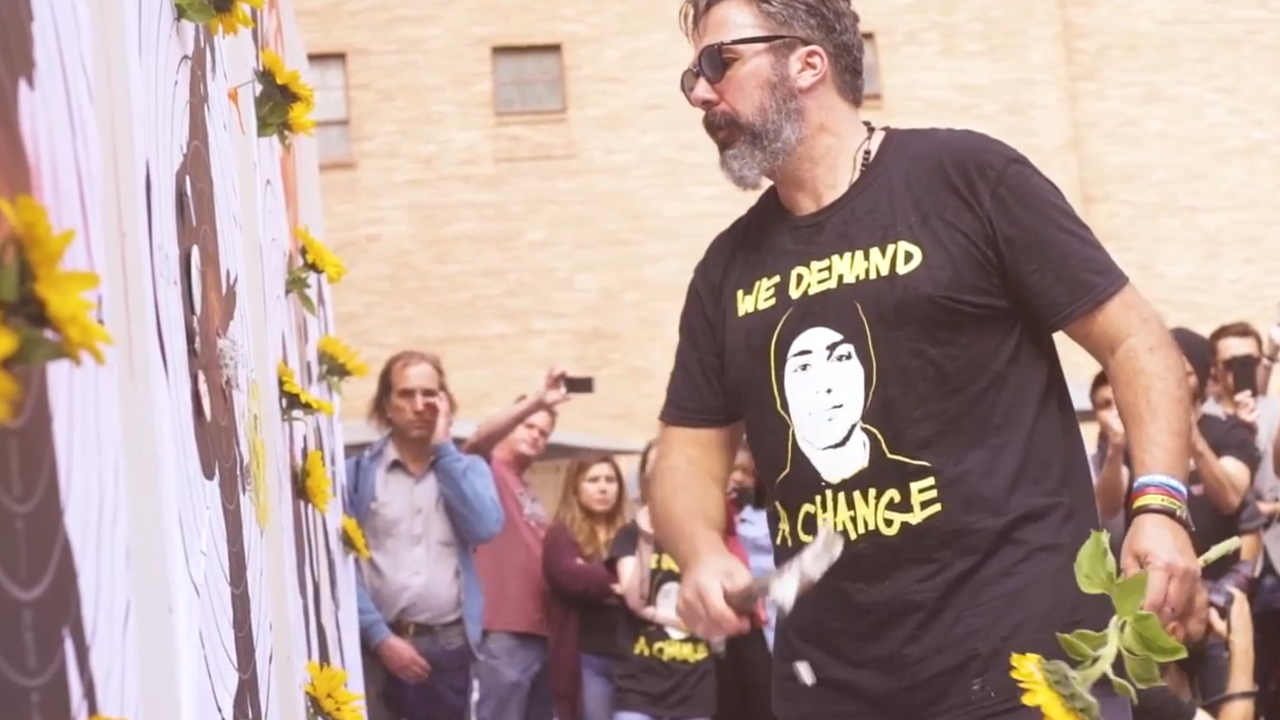 Alyssa Alhadeff was just 14 years old when she was killed. This year, her mother, Lori, wrote a letter to the daughter she's lived without for a year now.

"Last Valentine’s Day was the last time I saw you, reads the letter.

"I remember you weren’t looking forward to going to school that day. Like many 14-year-old girls, you wanted a valentine and were disappointed that you didn't have one."

The mother describes in the letter how her "grief emboldens her to fight for change."

Manuel Oliver also turned the loss of his son, Joaquin, into a passion for change.

“We started this organization to empower the kids and help them get the changes they’re demanding,” Oliver says.

Oliver is an artist and his latest project called "Walls of Demand" will open to the public in D.C.

"We found a way to give Joaquin a voice,” he says. “This is not me being an artist. This is Joaquin being an activist."

Oliver is now working to change the nation's gun laws.

Down in south Florida, the final touches are now being put on the Temple of Time, a 35-foot sculpture of plywood, meant to be a place where people can leave their pain. It'll open Thursday.

A few months later, it'll be destroyed and burned to the ground. The idea: that the pain will wash away with it.

"What I hope is that someone who's having a hard time sleeping will be able to rest well. Ok? That's all. That's what I would hope," says creator David Best.