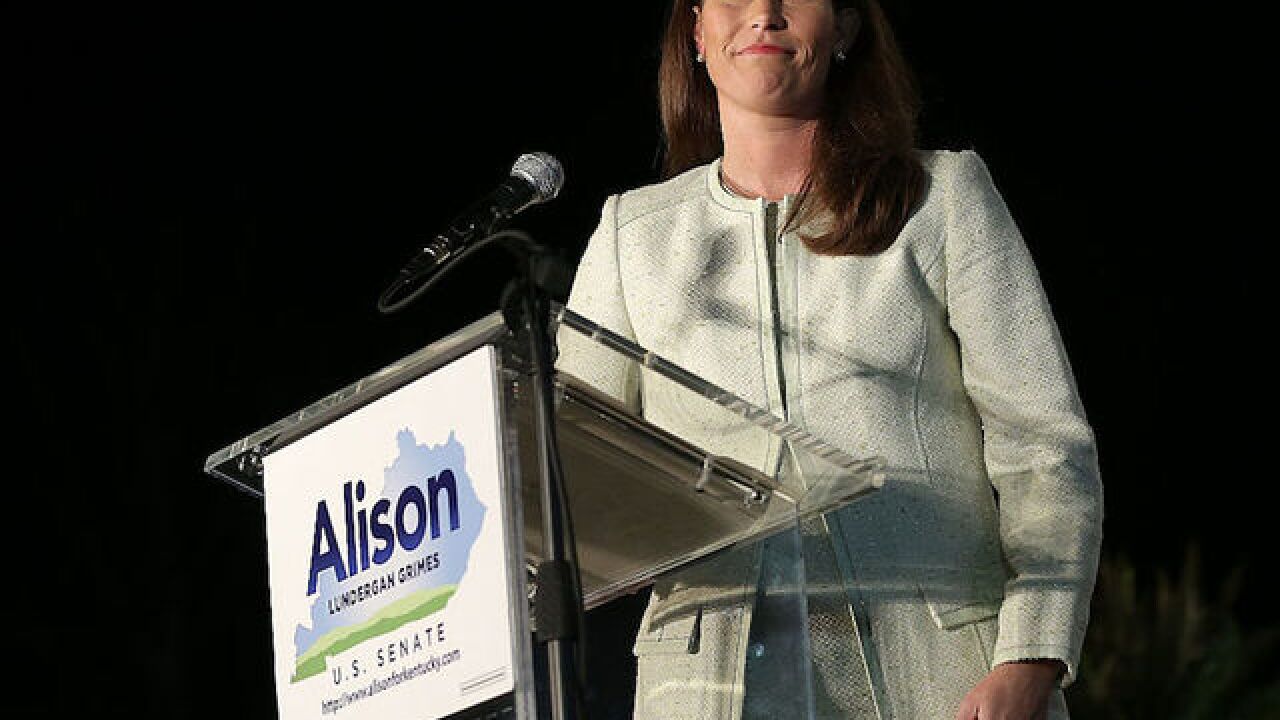 The father of Kentucky Secretary of State Alison Lundergan Grimes has been indicted for allegedly making illegal contributions to his daughter's 2014 US Senate campaign.

A federal grand jury indicted Gerald Lundergan, 71, of Lexington, Kentucky, on charges of using corporate funds for her campaign and then conspiring to cover them up. According to the Justice Department, Lundergan was charged by the grand jury with several counts, including one count of conspiracy and one count of making corporate campaign contributions.

Political consultant Dale Emmons, 66, of Richmond, Kentucky, was also indicted by the grand jury. He has been charged with conspiracy, making corporate campaign contributions and "causing the falsification of documents with the intent to obstruct and impede," a Justice Department release announcing the indictment said.

While the indictment never names the candidate Lundergan contributed to, Alison Lundergan Grimes, his daughter, ran unsuccessfully in 2014 as a Democratic challenger to Republican Sen. Mitch McConnell, who serves as Senate majority leader.

In a statement posted to Facebook on Friday, Lundergan Grimes said she believes her father will be "vindicated."

"Today, the Department of Justice announced charges against my father stemming from my 2014 campaign for the United States Senate. These allegations started as a result of a politically motivated complaint filed against my campaign nearly five years ago. That complaint was already investigated and completely dismissed by the bipartisan Federal Election Commission. I love my father, and I have faith in the judgment and fairness of the people of Kentucky, and believe when all of the facts are in, my father will be vindicated," the statement read.

CNN has reached out to an attorney for Gerald Lundergan and to Emmons.

According to a Justice Department release, "the indictment alleges that Lundergan used the funds of S.R. Holding Company Inc. ... , a company he owned, to pay for services provided by consultants and vendors to a campaign for U.S. Senate in the 2014 election cycle." The release states that the candidate in question was a member of Lundergan's family.

Payments described in the indictment allegedly amount to more than $194,000, the release states.

The Justice Department noted on Friday that the indictment accuses Lundergan and Emmons of hiding their actions from individuals tied to the campaign and alleges that because of this the campaign "unwittingly" filed false reports to the FEC, which "failed to disclose the source and amount of the corporate contributions."