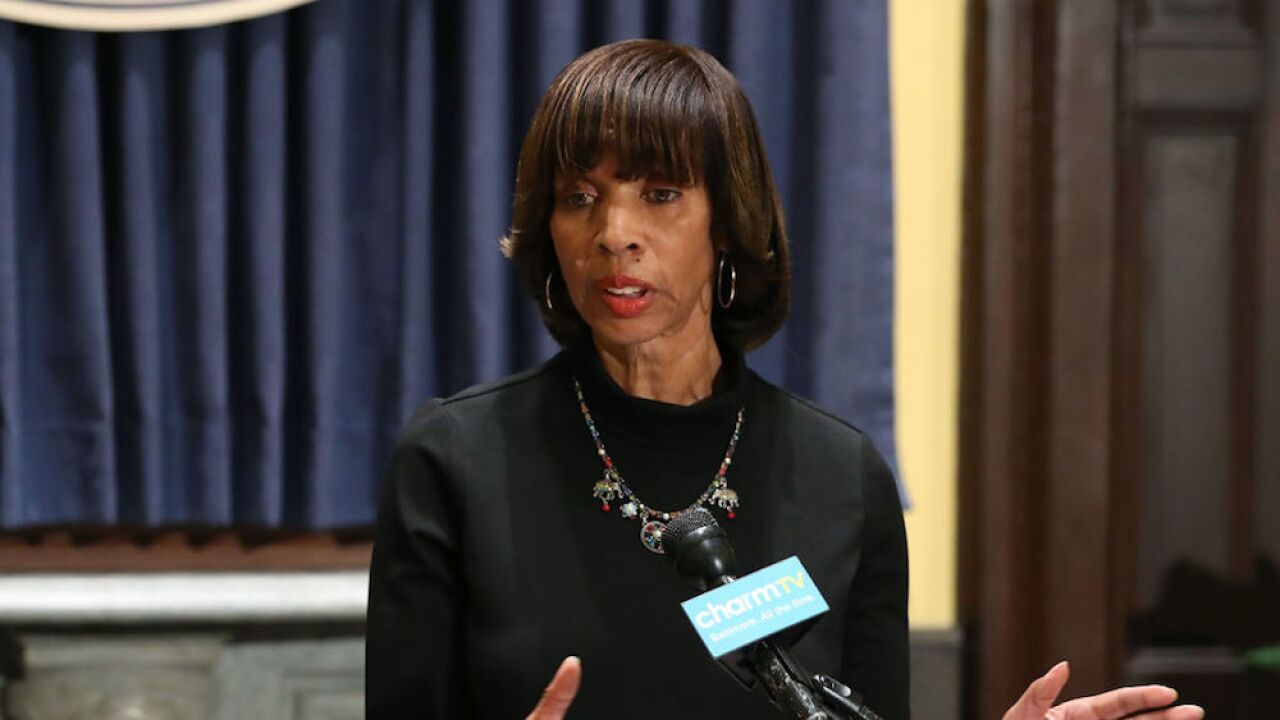 Federal authorities on Thursday executed search warrants at the home and several locations tied to Baltimore Mayor Catherine Pugh as part of an investigation into whether she improperly profited from a no-bid book deal steered to a Maryland medical system while she served on its board.

The FBI and criminal investigators from the Internal Revenue Service executed court-authorized search warrants at the home of the Democratic mayor, a second residence she owns, city hall, a non-profit the mayor has worked with, and the downtown office of her attorney, FBI spokesman Dave Fitz said.

The home of Gary Brown, a former Pugh aide, is also being searched.

The FBI said they have made no arrests at this time in connection with the raids. Pugh, who has taken a leave of absence from her role as mayor, was home when authorities arrived at her house shortly before 7 a.m. ET, a law enforcement official said.

Republican Gov. Larry Hogan's office confirmed that the searches are tied to the book scandal. He was briefed on the raids by a law enforcement adviser, his office said, and Hogan called for Pugh to resign.

"Now more than ever, Baltimore City needs strong and responsible leadership," Hogan said in a statement. "Mayor Pugh has lost the public trust. She is clearly not fit to lead. For the good of the city, Mayor Pugh must resign."

Spokesmen for Pugh and Jack Young, the acting mayor of Baltimore, had no comment on Thursday's developments. The state prosecutor's office -- which Hogan said he asked to investigate Pugh -- said it couldn't confirm or deny any investigation.

While Pugh was a board member of the University of Maryland Medical System, the group spent $500,000 to fund the purchase of some 100,000 children's books authored by Pugh from her company Healthy Holly LLC, a spokesman for the medical system has confirmed.

Pugh apologized in March for having "done something to upset the people." Baltimore's city council has called for Pugh to resign.

The UMMS spokesman, Michael Schwartzberg, has said UMMS never had possession of any Healthy Holly books, nor did it distribute books. Book distribution was managed by Healthy Holly LLC.

Pugh recently returned $100,000 to the medical system and canceled her book deal. She has also resigned from the hospital's board, according to Schwartzberg.

Pugh also received about $114,000 from Kaiser Permanente for some 20,000 books from 2015 to 2018, according to the health care provider. Kaiser Permanente said it delivered the books to back-to-school fairs, elementary schools, communities of faith and early childhood education and care centers.

Additionally, Associated Black Charities, a public foundation that works to encourage healthier and more prosperous communities, said it spent approximately $80,000 between 2011 and 2016 to buy some 10,000 copies of Pugh's books -- a project the organization learned about while she was still a state senator.