HUDSON, Fla. — The online ad for NBEE TV makes big promises, like “our smart box will bring every movie, every tv show that’s ever been made, plus live sports with no blackouts.”

The ad also promises “no monthly fees ever.”

The Pasco Sheriff’s Office says NBEE TV, owned by Mickael Cantrell and Nancy Major, was selling these boxes out in the open. 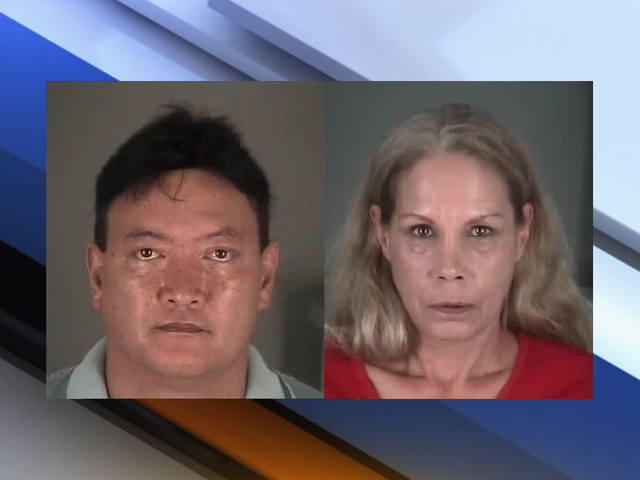 They cost between $200 and $400 and are modified to illegally stream all kinds of content.

“This is someone blatantly on the side of the road just selling them, with signage, a store front; advertising on the internet with a website,” said Detective Darren Hill.

Video piracy is a multi-billion dollar problem for the entertainment industry.

And there are countless ways people are downloading illegally.

It’s often a cat and mouse game to catch those responsible.

But in this case, Hill found a statute that applied and checked with the State Attorney’s Office to make sure an arrest would stick.

He also worked with the Motion Picture Association of America after seeing first run movies streamed through this box.

“We saw that it had 'Black Panther', 'The Shape Of Water', 'Jumanji' was on there as well. Whenever someone steals that content and disseminates it for free, it usually results in higher prices for everyone else,” he said

Hill said some people who bought these boxes have already turned them in as evidence. They aren’t being charged with a crime.

He said if you have one, you should do the same, because the stream will likely be shut down soon.

The Sheriff’s Office found the couple with about 50 of the boxes.

The store in Hudson where the couple sold those devices is now shutdown.