While playing in his backyard Monday morning, Kyden said he felt what he thought was a bee sting his right foot near his big toe. Then his mom saw a snake coiled up underneath the tire swing Kyden was about to get on.

“I heard him scream 'My leg, my leg,'” Amber Debyah said.

Debyah called 911 and grabbed a rake to kill the snake. By the time she came back she said she knew it was bad.

“His foot was double the size. It was really hot, red,” Debyah said.

First responders told her to try and get the snake so they could identify it and figure out what type of antivenin he needed.

First responders brought the dead snake to the emergency room and doctors began administering antivenin for a pygmy rattlesnake bite. In all, Kyden got 18 vials before the swelling subsided and his symptoms started to go away. 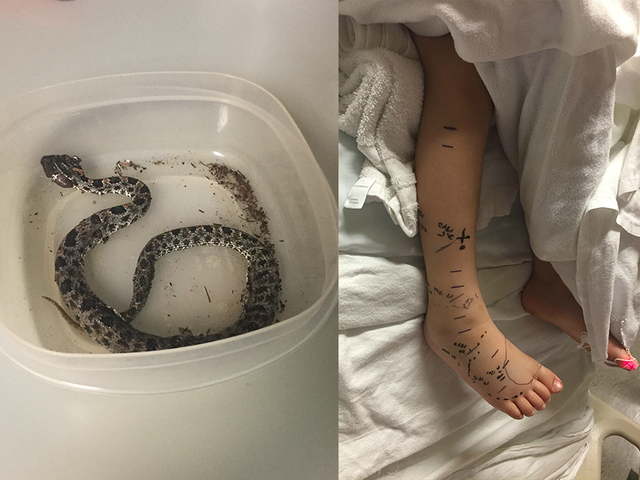 The entire time Debyah worried if her son would lose his leg or worse.

“I really feel he got lucky after reading other people's stories,” Debyah said. “I feel like if it would have bit him fully with both fangs, it would’ve been a lot worse.”

Only one fang injected venom into Kyden’s body.

“He was in great spirits the whole time. He was laughing and joking I mean other than the pain in his foot he had no symptoms, no fever, no vomiting. Normal Kyden, except for the pain,” Debyah said.

Kyden might have a low-grade fever, sore joints, rashes, but nothing that will cause permanent damage, Debyah said.

Each vial of antivenin costs around $11,000. The family has insurance but it does not cover snake bites. The insurance company said their contracted cost for the antivenin will be adjusted but could be anywhere from $10,000 to $20,000. 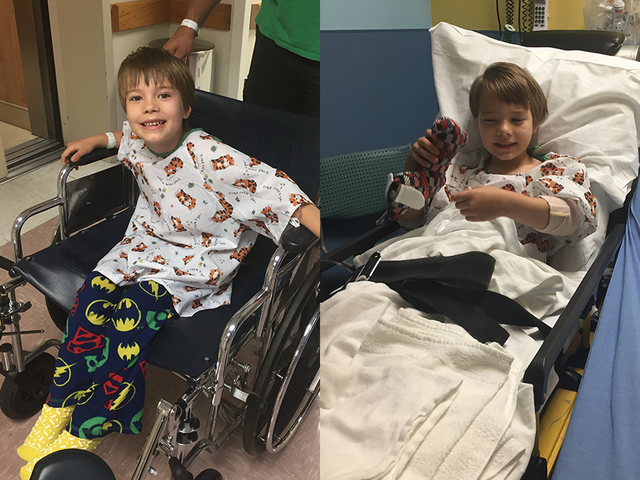 Kyden is still allowed to play in the backyard, with one new rule, he keeps his boots on at all times.

“So grateful", Kyle Debyah, Kyden’s dad said. “You want to try and be strong and focused to better assess everything but I was worried.”

The family set up a Gofundme if you would like to help them cover the cost of the antivenin. To donate, click here.