"The snake gave it's all, but the gator prevailed" 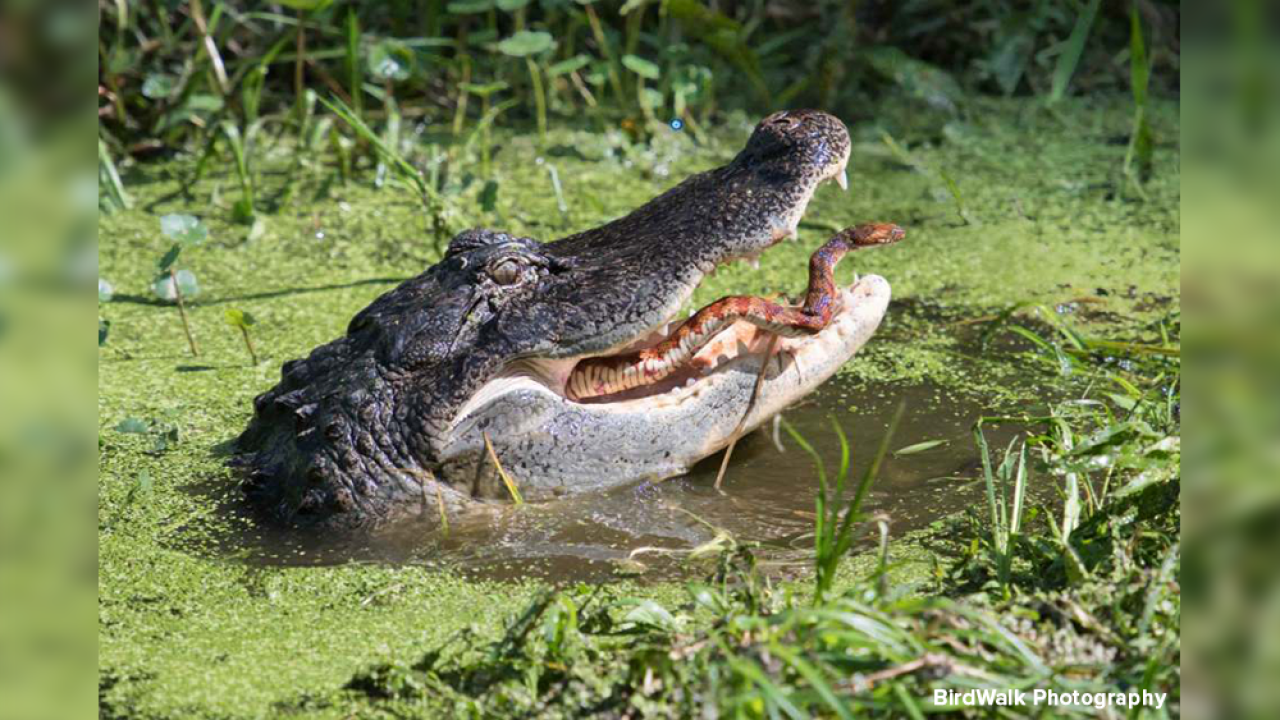 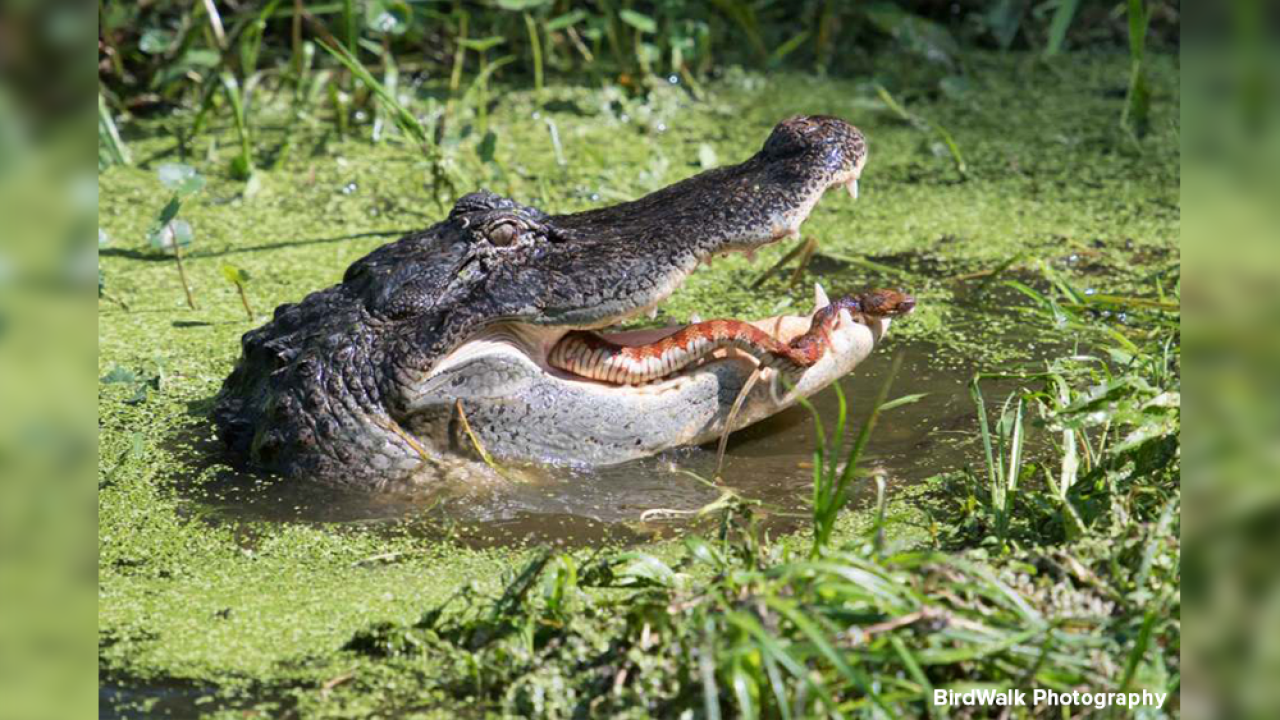 LAKELAND, Fla. — If you're not a fan of gators and you also hate snakes, these photos will give you the creeps.

Photos of an alligator eating a snake at Circle B Bar Reserve are going viral after they were posted by a local photographer on Facebook.

Linda Waring, of BirdWalk Photography, posted the photos with the caption: "We made it out to Circle B Bar Reserve yesterday! As you may have noticed in the news, there are often interesting gator sightings at this park. Yesterday was no exception! Jesse's eagle eye spotted this big guy working on his lunch and his lunch trying to escape! I just started clicking...!"

When asked who won the battle, Linda responded "the snake gave it's all, but the gator prevailed! I did capture the whole series, but decided not to post the ending shot... 😉"

Many of the people commenting on the viral photos believe the snake was a banded water snake.

Circle B Bar Reserve has made headlines before for the massive gators on the property.

Either way, seems like just another "wild" day in Florida.