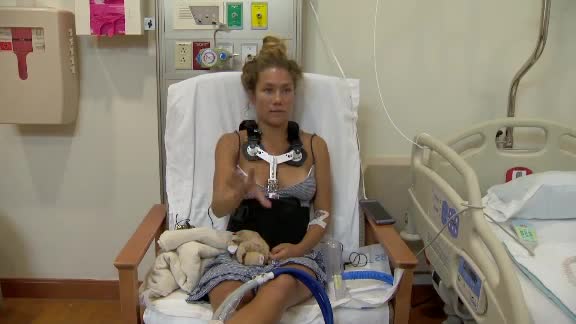 A 19-year-old waitress is recovering in a hospital after she jumped off a Daytona Beach pier to save a child caught in a rip current. 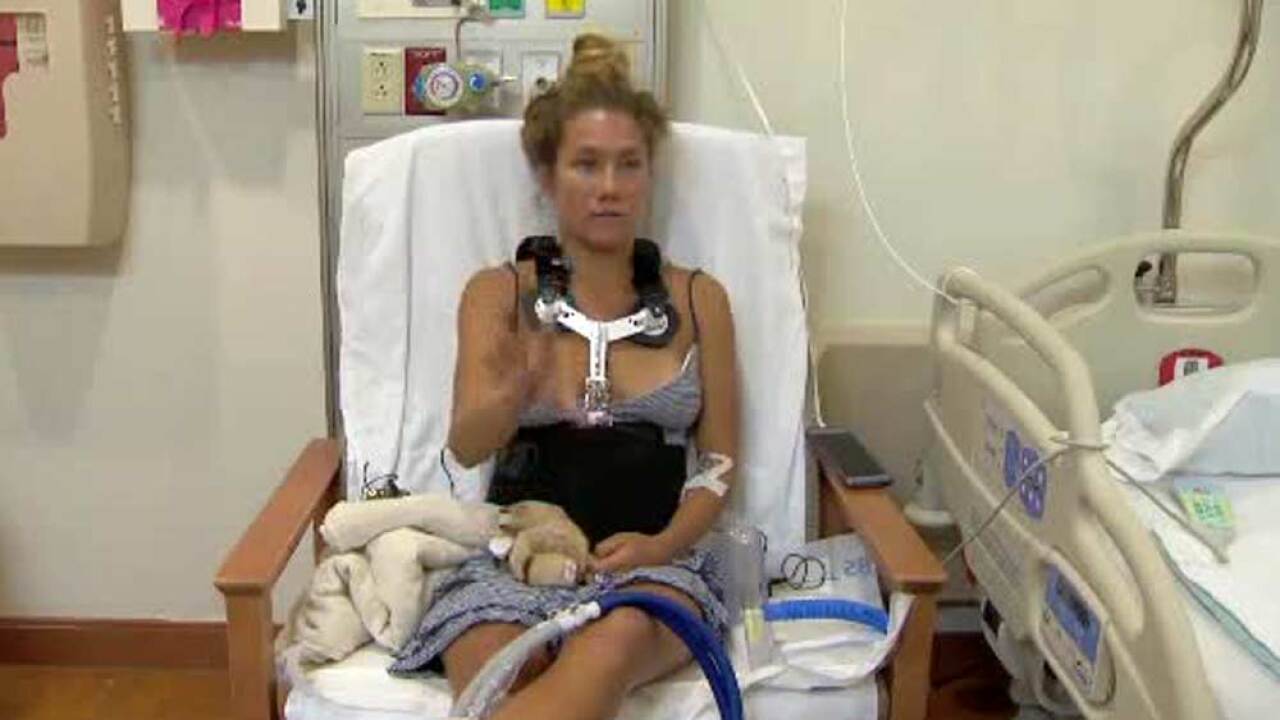 DAYTONA BEACH, Florida (WESH) — A 19-year-old Florida waitress is recovering in a hospital after she jumped off a Daytona Beach pier to save an 8-year-old child caught in a rip current.

Hanna Pignato was working on the rooftop deck of Joe's Crab Shack just before 8 p.m. Saturday when she saw a boy struggling in the water.

Pignato ran downstairs, gave a customer her apron, phone and personal belongings then went in after the boy.

She says she had to act as she watched the child being pulled farther and farther out, barely keeping his head above water. The child’s mother was shouting for help.

When she dove about 20 feet into the water, she hit a sand bar and broke bones in her back and foot and had to be rescued as well.

"Right when I jumped I was like, 'I'm done.' Right when I hit the bottom floor, it was like maybe 2 feet, 3 feet," said Pignato. "I'm a good swimmer, so I was like I can get to this kid, but I should have walked down to the pier a little bit more and done it so much better."

In those panicked moments, Pignato says the rough surf may have led her to misjudge the depth. But ultimately, she said there was really no time to think about her actions.

Pignato is recovering in the hospital following surgery on her foot.

The child was saved by bystanders and beach safety officers. Officials said he swallowed quite a bit of water and was taken to the hospital as a precaution.