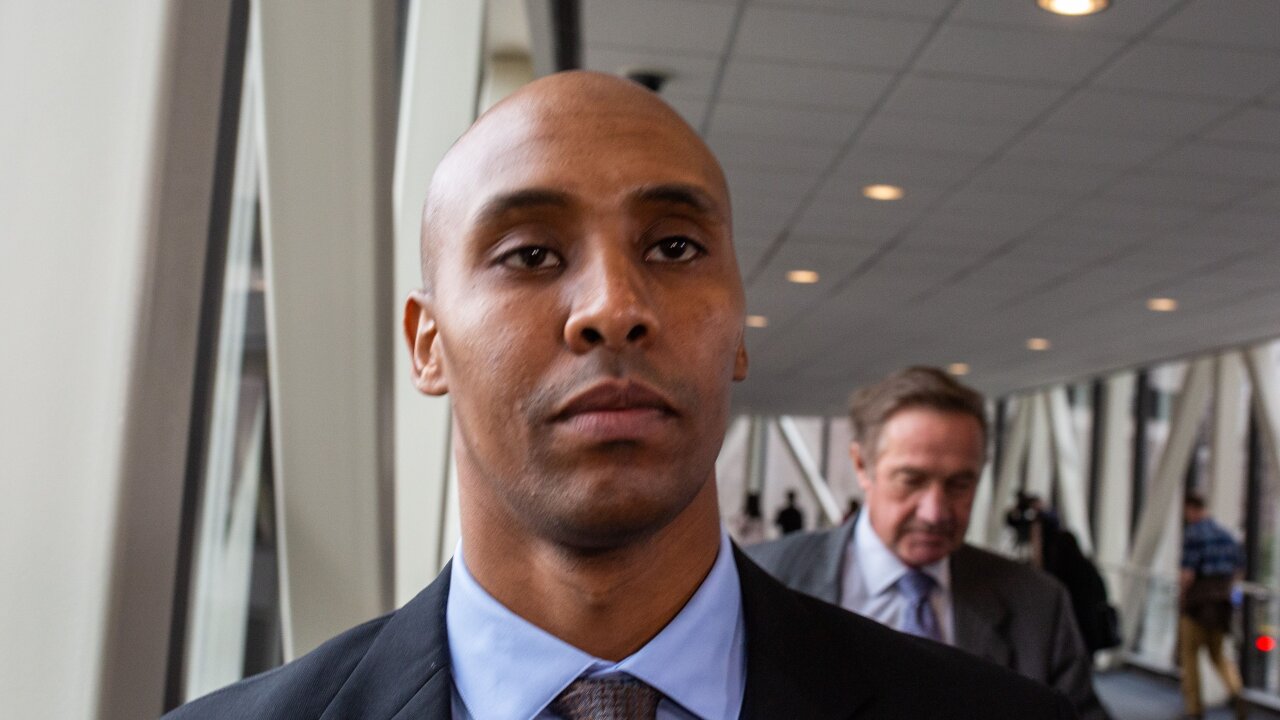 The jury of ten men and two women acquitted Noor on an additional count of second-degree murder in the killing.

Noor's lawyer said a "perfect storm" of events led him to open fire on Ruszczyk the night of July 15, 2017, when she called 911 to report a possible assault in progress in an alley behind her Minneapolis home.

Noor testified that he feared for his partner's life as Ruszczyk approached their squad car in the dark, empty alley.

But Hennepin County prosecutors said Noor overreacted and failed to properly assess the situation before firing a gunshot into Ruszczyk's abdomen.

Ruszczyk had relocated from her native Australia to Minneapolis to live with her fiancé. She was killed a month before her planned wedding.

The jury was sequestered for the trial's duration. They began deliberations Monday afternoon after both sides delivered closing arguments. The panel was charged with deciding if Noor was justified in using deadly force when he shot Ruszczyk.

Ruszczyk called 911 the night of July 15, 2017 to report a possible assault in progress in an alley behind her Minneapolis home.

Noor testified that he feared for his partner's life as Ruszczyk approached their squad car in the dark, empty alley.

Hennepin County prosecutors said Noor overreacted and failed to properly assess the situation before firing a gunshot into Ruszczyk's abdomen.

Harrity was behind the wheel of their squad car when Noor shot Ruszczyk from the passenger seat.

Harrity testified that he was startled by a noise on the rear driver's side door, according to CNN affiliate WCCO .

Noor took the witness stand toward the trial's end, testifying that Harrity's terrified expression and the sight of Ruszczyk with her hand raised jolted him into action. Although he did not see a gun in Ruszczyks' hand, he feared his partner might be shot as she began to raise her hand.

Two neighbors testified they heard a sound that the defense argued could have been Ruszczyk slapping the squad car. But the prosecution argued the slap did not happen, based on expert testimony that none of the fingerprints found on the squad car matched Ruszczyk's.

Dueling experts differed on whether Noor's use of force was reasonable and therefore justified.

Testifying for the prosecution, Lt. Derrick Hacker of the Crystal Police Department in Minnesota said that Noor's use of deadly force was "excessive and objectively unreasonable."

Being "startled" is different than "fearing death or great bodily harm," Hacker said.

Testifying for the defense, lawyer and use of force expert Emanuel Kapelsohn said Noor's conduct was an "objectively reasonable" response to the situation.

"It's late at night. It's dark in the alley," Kapelsohn said, noting Noor heard his partner say "oh Jesus" and detected a "look of terror."

What the lawyers argued

Hennepin County Attorney Amy Sweasy said in her closing argument Monday that the appearance of a woman in the alley should not have surprised the officers.

Sweasy repeatedly pointed out that Noor never said he had saved his partner's life when discussing the shooting with other officers, something she said he surely would have mentioned given his claims that he feared for his life.

"Wouldn't that have been a good time to say it?" Sweasy asked Noor when he was on the stand.

Noor said he couldn't remember all the events of the shooting, which he described as a "traumatic experience."

In his closing argument, defense attorney Tom Plunkett said now was not the time for "Monday morning quarterbacking."

"An officer may use deadly force to protect themselves or others from apparent danger" Plunkett said.