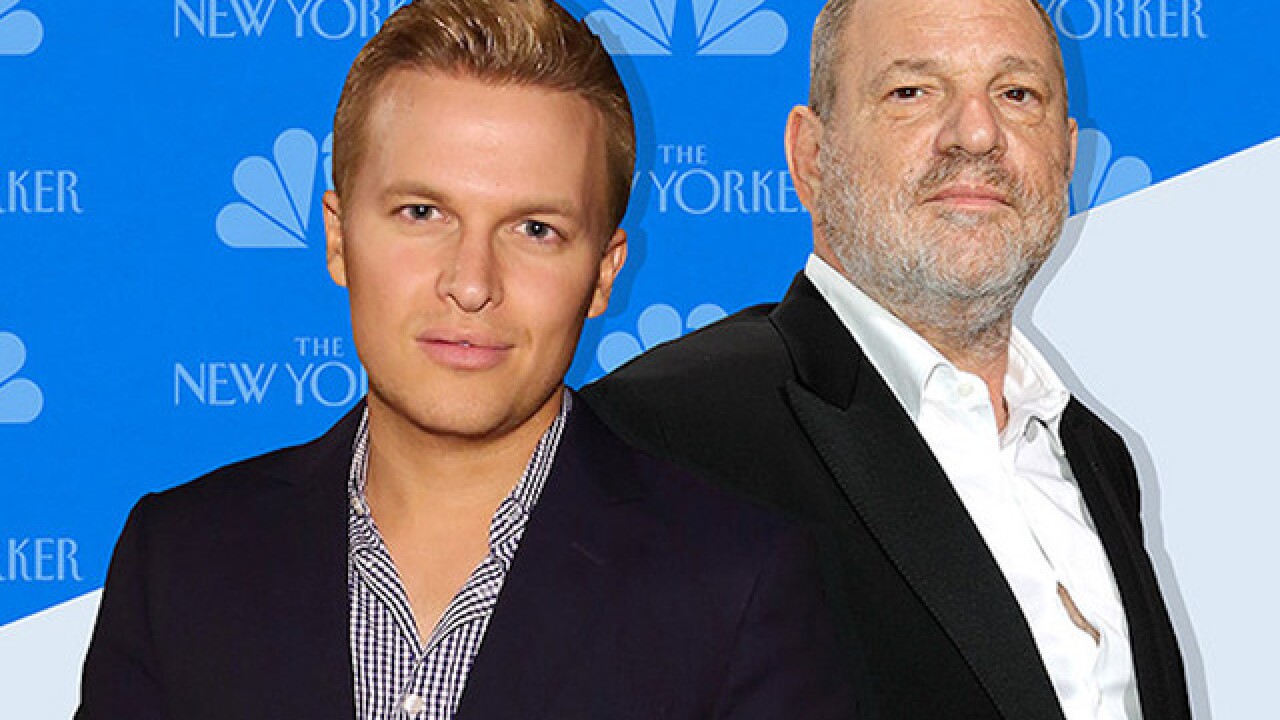 A veteran NBC News producer who worked with Ronan Farrow on Farrow's explosive story on disgraced Hollywood mogul Harvey Weinstein has left the network and is speaking out, calling the network's decision not to make the story public "a massive breach of journalistic integrity."

Rich McHugh, who left NBC News' investigative unit recently, said in a statement provided to CNN that the orders not to run the story came from "the highest levels of NBC. That was unethical."

"At a critical juncture in our reporting on Harvey Weinstein, as we were about to interview a woman with a credible allegation of rape against him, I was told not to do the interview and ordered to stand down, thus effectively killing the story," McHugh said in the statement.

An NBC News spokesperson said in a statement that "the assertion that NBC News tried to kill the Weinstein story while Ronan Farrow was at NBC News, or even more ludicrously, after he left NBC News, is an outright lie."

"In August of 2017, after NBC News assigned Ronan Farrow to investigate Weinstein and supported his reporting efforts for eight months, Farrow believed his reporting was ready for air. NBC disagreed because, unfortunately, he did not yet have a single victim of -- or witness to -- misconduct by Weinstein who was willing to be identified," the statement said. "Dissatisfied with that decision, Farrow chose to leave for a print outlet that he said was willing to publish immediately. NBC News told him 'we will not stand in your way,' and allowed him to take his reporting to The New Yorker, where, two months later, he published a strong piece that cited the following victims by name: Asia Argento, Mira Sorvino, Rosanna Arquette, Lucia Evans, Emma de Caunes, Jessica Barth, and Sophie Dix. Not one of these seven women was included in the reporting Farrow presented while at NBC News."

McHugh spoke on the record with  The New York Times for a story published Thursday night , shortly after  The Daily Beast published an article  with other accusations regarding NBC's decision not to run Farrow's story.

"Three days before Ronan and I were going to head to L.A. to interview a woman with a credible rape allegation against Harvey Weinstein, I was ordered to stop, not to interview this woman," McHugh told the Times. "And to stand down on the story altogether."

NBC News President Noah Oppenheim told the Times that McHugh "was never told to stop in the way he's implying." He told the Times that Farrow had asked to take the story elsewhere the day before the interview, so there was no reason for him to use a requested NBC crew.

Oppenheim and NBC News Chairman Andy Lack were both involved in the decision not to run Farrow's story, sources told CNN in October 2017, and both have come under fire over it. The network and its executives have also been under scrutiny in the wake of sexual harassment allegations against former "Today" show co-host Matt Lauer. Lauer, who was fired, has denied allegations against him.

Farrow ultimately took the story to The New Yorker, which published it in October 2017, just a few days after The New York Times published its own investigation into Weinstein.  Weinstein was charged in May  with first- and third-degree rape and committing a criminal sexual act in the first degree stemming from incidents with two separate women in 2013 and 2004. Weinstein has denied all accusations of non-consensual sex made against him.

The two publications  received the Pulitzer Prize  for public service in recognition of the reporting.

In a statement to CNN, McHugh said he is speaking out now because he disagrees with NBC's leadership.

McHugh also questioned why the network let the story get away.

"Something else must have been going on," he said. "As a journalist for 16 years I do know that when you have an explosive story you never let it walk out the door."

Farrow is writing a book, "Catch and Kill," about his reporting into Weinstein and other men. A source with knowledge of the book deal told CNN earlier this year that it will contain information about his interactions with NBC executives.

Farrow did not respond to a request for comment.