Switzerland County High School football player Colton Schirmer could spend the rest of his freshman year in the hospital. 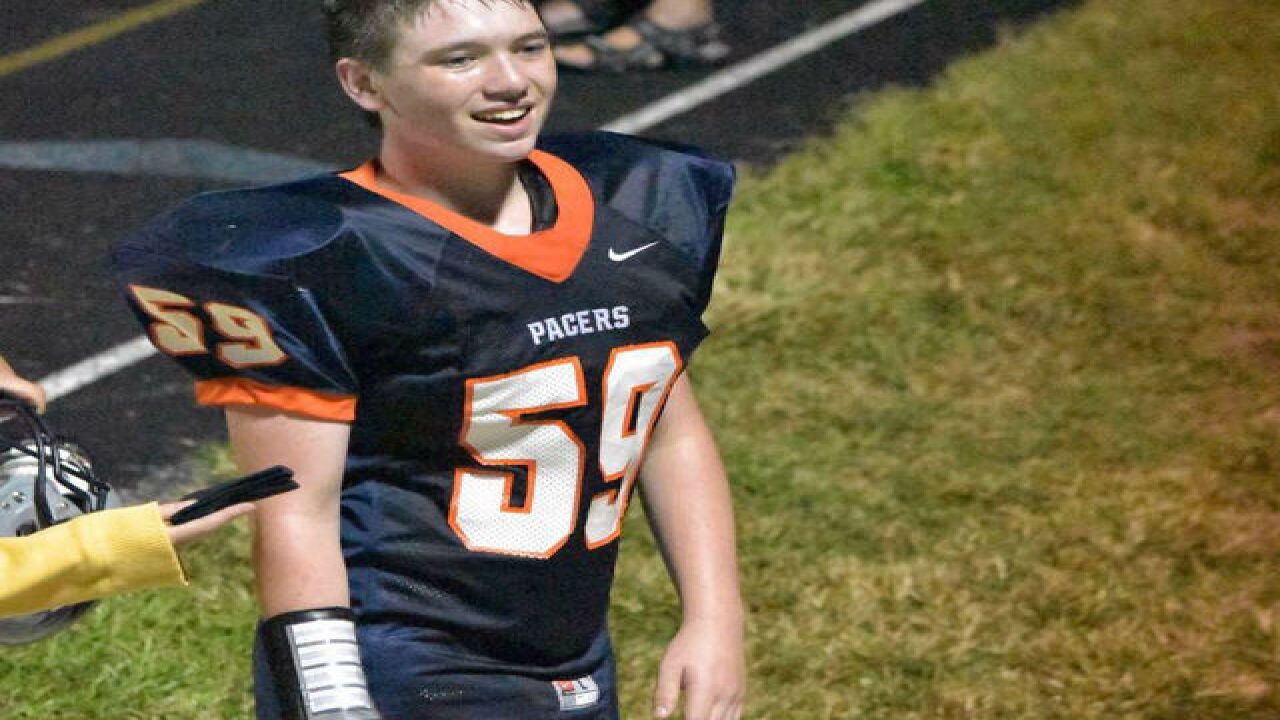 VEVAY, Ind. -- Switzerland County High School football player Colton Schirmer could spend the rest of his freshman year in the hospital after a "freak accident" seriously injured his neck during his first varsity game.

"It was a surreal moment to look into his eyes," Coach Ryan Jesop said. "It's been hard for everyone that was there to see it."

Jesop said Schirmer -- a formerly reserved student who became more outgoing when he joined the football team -- had only been in the game for a few minutes Friday when a legal hit knocked him to the grass.

He didn't get up; the hit dislodged two of his vertebrae, Jesop said.

He was transported to Indianapolis Children's Hospital, where he has received a steady stream of visitors since the incident, Jesop said. He has also begun to regain feeling in his arms and feet, but still likely has a long road to recovery ahead.

"I was sitting there, holding his hand and talking him through stuff," Jesop said. "He said, ‘Can I still play football next year?' And I said, ‘I hope so, buddy.'"

Jesop set up a GoFundMe to help finance Schirmer's recovery, which he estimated could take between six and nine months.