'Game of Thrones' Episode 2 recap: Let's all sit by the fire before we die 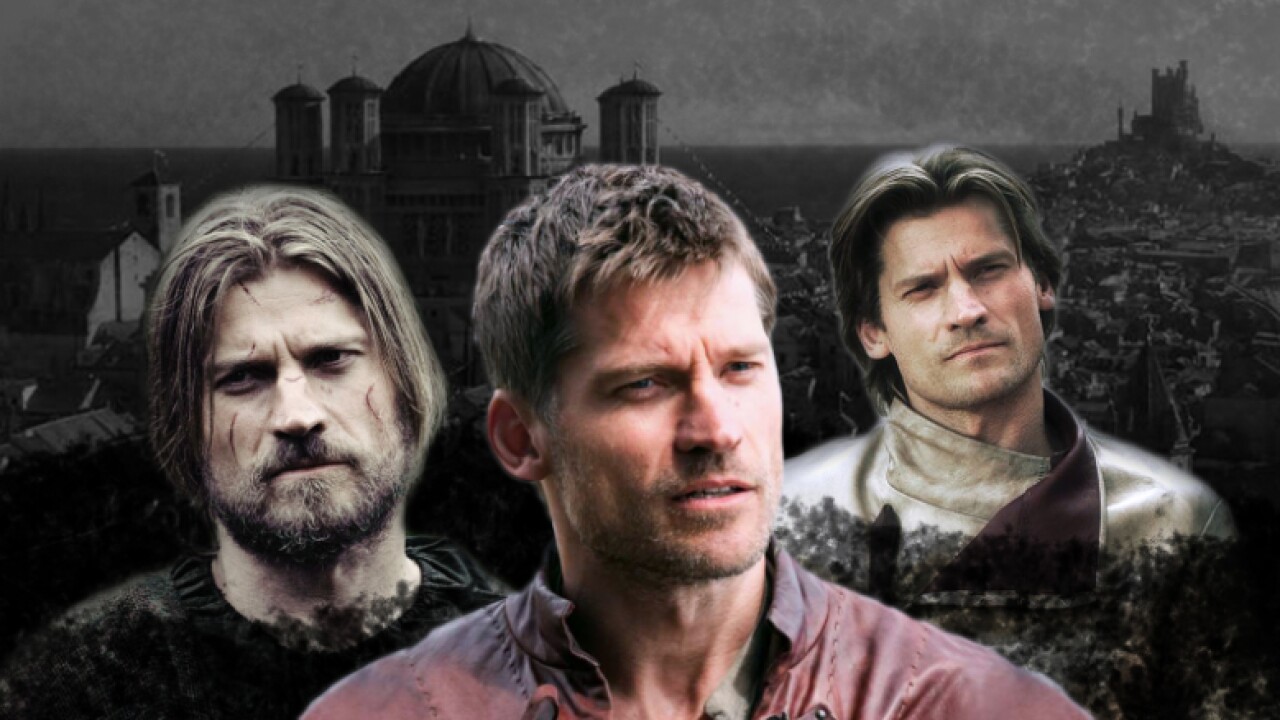 Did you like that episode? Did all the fireside chats and sweet moments of affection between your faves warm your heart and make you foolishly believe, even for a moment, that there may be true happiness awaiting them on the other side of this war?

Good, because we all know what happens next: PAIN, and LOTS OF IT.

Winterfell is preparing for battle. For the common folk, this involves lots of training and fighting and weapons making and giant stick-whittling, but for the main characters, it mostly means chugging fermented goat's milk and hooking up on hay bales.

Hey, everyone's pretty sure they're going to die anyway.

Everyone except Daenerys, that is. What else would explain her continued preoccupation with ruling the Seven Kingdoms when there's an entire army of dead people at her door? She's not dense, and she's seen the threat of the Army of the Dead firsthand, so there's no other explanation than to assume she's just very, very confident that the Night King is gonna be an easy win.

Even when Jon (finally!) confesses the truth -- that he is her brother's son and a legitimate Targaryen -- her first thought isn't "Wow, I'm having relations with my nephew," it's that Jon is now her royal competition.

Sure, the bar for incest on this show is pretty low, but it still bears consideration, ya know?

After a tense little parley, Jamie is begrudgingly welcomed at Winterfell, which gives him plenty of time to catch up with Brienne, Tyrion and The Artist Formerly Known as Bran. Bran politely refrains from telling everyone that Jaime definitely tried to kill him all those years ago. He explains that Jamie is now useful in the war to come and that, no offense, it's pretty bold of the newly redeemed knight to assume he's going to survive. For all his power, Bran's social skills definitely scream "Guy Who Was Educated Inside a Tree."

Speaking of tension, Daenerys is still at odds with Sansa, who is still just trying to figure out how to feed everyone and get a general idea of what the North is going to look like once everything is said and done. Sensible -- or should we say, SANSABLE.

It's telling that Dany has a pretty good vision of what her Iron Throne rule will look like but hasn't given a lot of thought to the future of her nephew boo's homeland. And just like that, their burgeoning sisterhood is quickly stalled.

Dany is also at odds with Tyrion, who either did realize Cersei would never send her army north, and lied about it to protect her, or didn't realize she wouldn't send her army, and is just not very smart anymore. Even though Good Guy Jorah tries to defend Tyrion and his sometimes-smartness, the rift between Dany and Tyrion is stil pretty palpable.

It's kind of ironic, since Tyrion is basically the only other character this week, in the tense minutes before war, to show any glimmer of hope for survival. After all, you can't die at 80 with a belly full of wine and a [redacted's] [redacted] around your [redacted] if a White Walker gets you first.

That's how the episode ends, with Tyrion staring out between the Winterfell merlons and on the other side of the black night, the frozen members of an elderly KISS cover band staring back.

If Bran knows everything that has happened and is going to happen, and is the only person who can succinctly explain what the Night King wants, why does he spend most of his time waiting around in courtyards and staring at trees? We need INTEL, Bran, not gothic monologues about the persistence of memory!

Is Ghost going to do something soon or just waste the CGI budget standing there to remind people he still exists?

Are any of the main characters going to actually sit out the fight? It would be a bold move, but Gendry DID look pretty asleep and Davos IS getting pretty old...

Where are the Dothraki? Are they okay? This weather can't be good for them. Did Davos at least get them some soup?

Melisandre, what's up? We have a few burning questions for you specifically. No, not questions about burning. But you would be a lot of help right now.

Tyrion to Jaime: "She never fooled you. You always knew exactly who she was and you loved her anyway."

Tyrion may be rusty in the common sense department, but he always has his loyal brother and treacherous sister's relationship pinned perfectly. Oh sweet Jaime, the things you've done for love.

Jaime: "Brienne, I will knight you, giving you the dream you have always kept in your heart but never felt you could speak aloud. Let your tears fall during this truly pure and deeply emotional moment as I show you, in words and deeds, that you are worthy of honor and respect and that I would gladly die by your side as an equal and a friend."

Tormund: "I WAS BREASTFED BY A GIANTESS."

Tormund and Brienne and Jaime

Two of the most sensible characters on the show discuss one of the most sensible plans of action: Getting the hell out of this frozen death hole as soon as possible and going to the beach. Here's hoping against hope that they'll get to chase butterflies together on Naath :(

HOO BOY this ship turned into a speedboat and we were NOT ready. Arya's last look as she lay naked next to her forge buddy was an interesting one, though. Could there something else at play here?

Okay, Cersei still IS pregnant, to the best of her brothers' terrible knowledge.

Sam joining Bran in his musings about the fragility of human memory wasn't just him having the sads about his dead family. It also supports a popular fan theory that Sam will survive this mess and be the one to put the whole story to parchment at the Citadel.

Also, Sam giving Ser Jorah his dead dad's Valyrian steel sword is a nice touch. As soon as Sam stole it from his father you knew it would become important. Well, we hope it becomes important.

Podrick has a nice voice and long hair now? Who allowed this to happen?

Theon fans, you got your moment. His redemption arc is complete, and he has Sansa's full approval. Related: Getting Sansa's approval has somehow become a true test of merit on this show, and you can't argue with the results.

Speaking of Sansa, she's wearing that Littlefinger necklace again. In fact, her whole getup was very ... Littlefingery. We're not saying she'll pick up the mantle of chaotic schemer. She's always learned from the ones who betrayed her, so nodding to their dearly departed influences through fashion is just probably part of her "I know BS when I see it" personality.

The crypt is going to be wight city

Narrator: "They are definitely not going to be safe there."