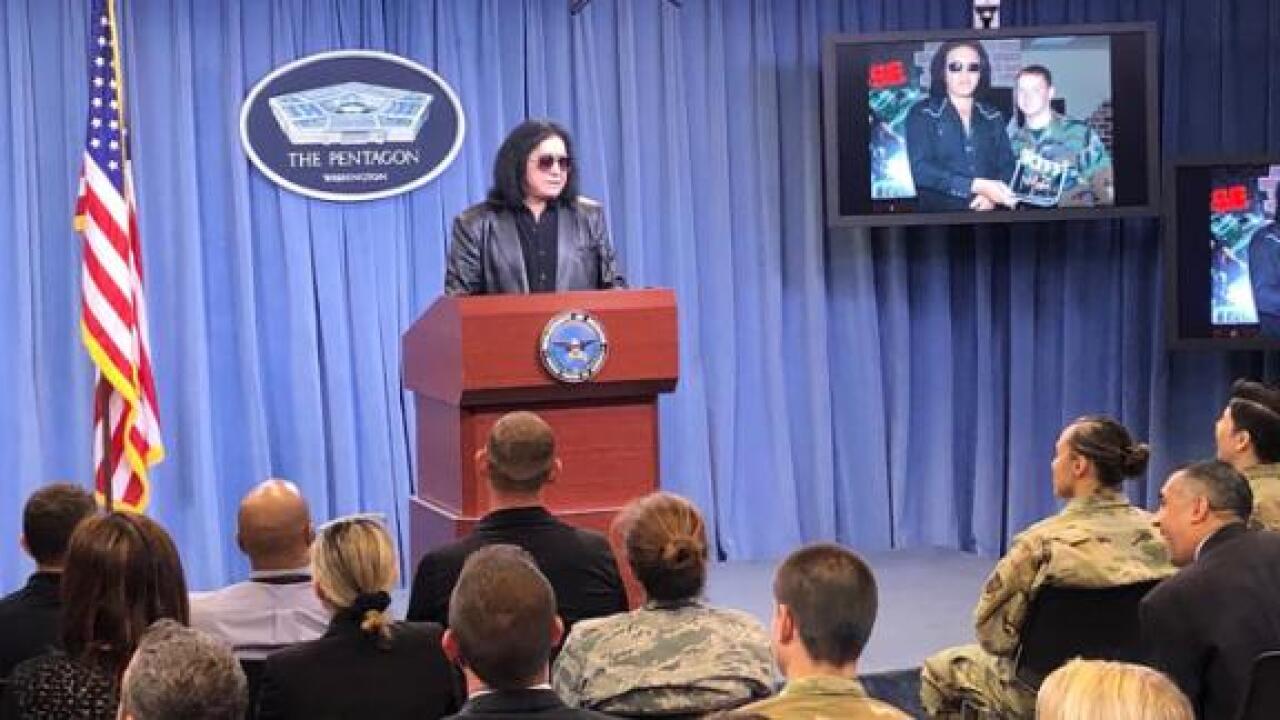 As the frontman of KISS, Gene Simmons occupies rarefied air — a rock star who entertains arenas filled with adoring fans. On Thursday, Simmons joined another exclusive club, conducting only the second on-camera press briefing at the Department of Defense in the last year.

The only other person to stand at the Pentagon Briefing Room podium over the past year? The movie star Gerard Butler, who was there last October to promote a new movie.

It's just the latest sign of the Trump administration's ongoing marginalization of the press briefing, long a conduit through which the president and the cabinet have communicated policies and priorities to the news media and the public.

Simmons was on hand Thursday to address Department of Defense personnel and meet with outreach officials as part of a Pentagon initiative to engage the broader public with regards to military activities. He also paid a visit to the White House later in the day.

The last time a press secretary briefed reporters on camera at the Pentagon was May 31, 2018. The White House press briefing, meanwhile, is in the midst of an unprecedented drought. Come Friday, it will have been 67 days since White House Press Secretary Sarah Huckabee Sanders has held a press briefing.

"The White House hasn't held press briefing in so long that the lectern in the briefing room is quite literally gathering dust," CNN White House reporter Maegan Vazquez tweeted Wednesday, posting a photo of the particles that had collected on the lectern.

Ever since Trump was elected, aides made it clear that changes were coming to the daily press briefing, initially experimenting with a ban on cameras.

But two years into Trump's presidency, the modifications to the format have given way to what in some places in DC looks like the tradition's virtual extinction.