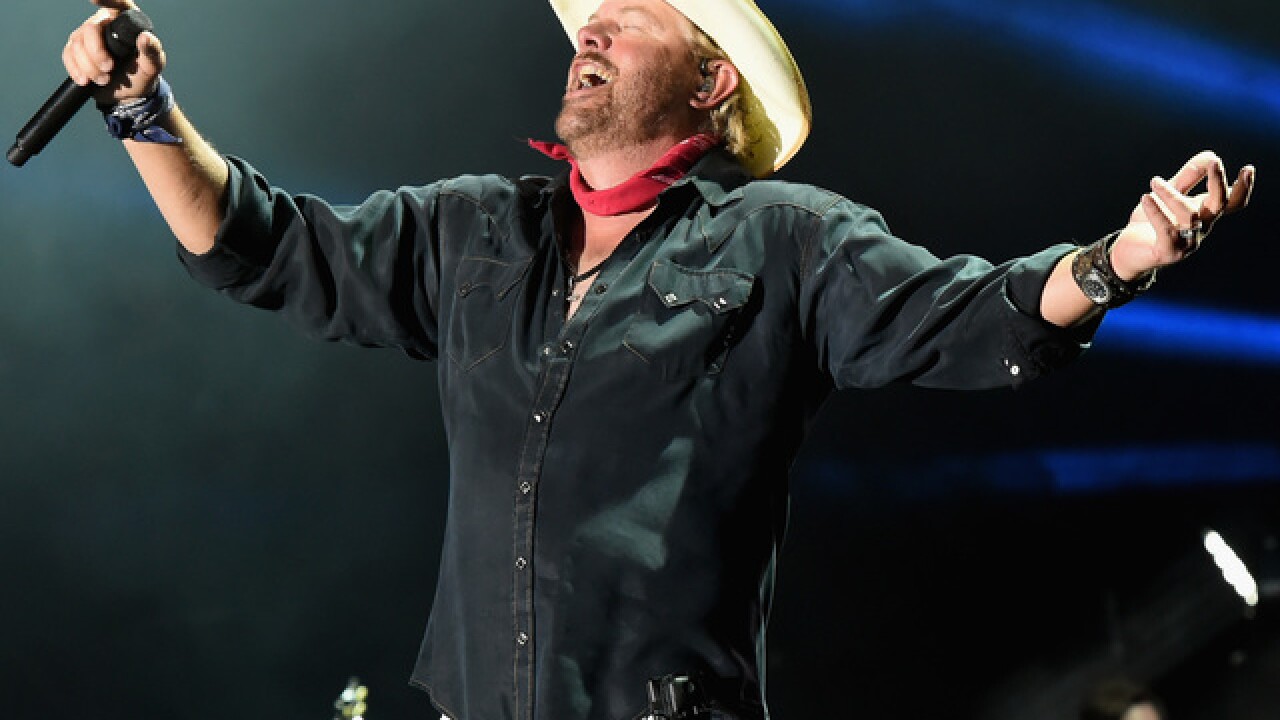 If you fell in love with country music’s stars and hits of the early 90s, you’re in luck. This Sunday’s ACM Awards will pay tribute to three of the biggest hit songs from 1993 with collaborations between the original artist’s and their contemporary counterparts.

Arguably the most anticipated performance of the entire show will pair two Oklahoma natives together. Toby Keith will perform his debut single “Should Have Been a Cowboy” with People’s current Sexiest Man Alive, Blake Shelton.

Blake Shelton’s debut single was nearly “I Wanna Talk About Me”. After recording it, his record label decided to pass on the song, and instead, Toby Keith scooped it up and turned it into a number one hit record.

The ACMs will also feature a performance of the CMA Song of the Year, “Chattahoochee”. Alan Jackson will be joined by Jon Pardi, who’s nominated for Album of the Year.

Back in 2015, the duo toured together with Pardi acting as Jackson’s opener. Pardi counts Jackson as one of his heroes, and credits a complimentary Jackson quote as motivating him to write his album “California Sunrise”.

Jackson was quoted saying, “Of all the new guys I’ve heard, I like that Jon is closer to country than most of the others and I thought his songwriting was better than what I’ve heard in a while.”

Finally, the ACM host herself, Reba McEntire, will perform “Does He Love You”, which was originally released as a duet with Linda Davis. In Davis’s place, will be Kelly Clarkson.

McEntire and Clarkson share more than a love of performing, they’re also related. Clarkson is married to Reba’s step-son, Brandon Blackstock, and is the mother to two of Reba’s grandchildren.