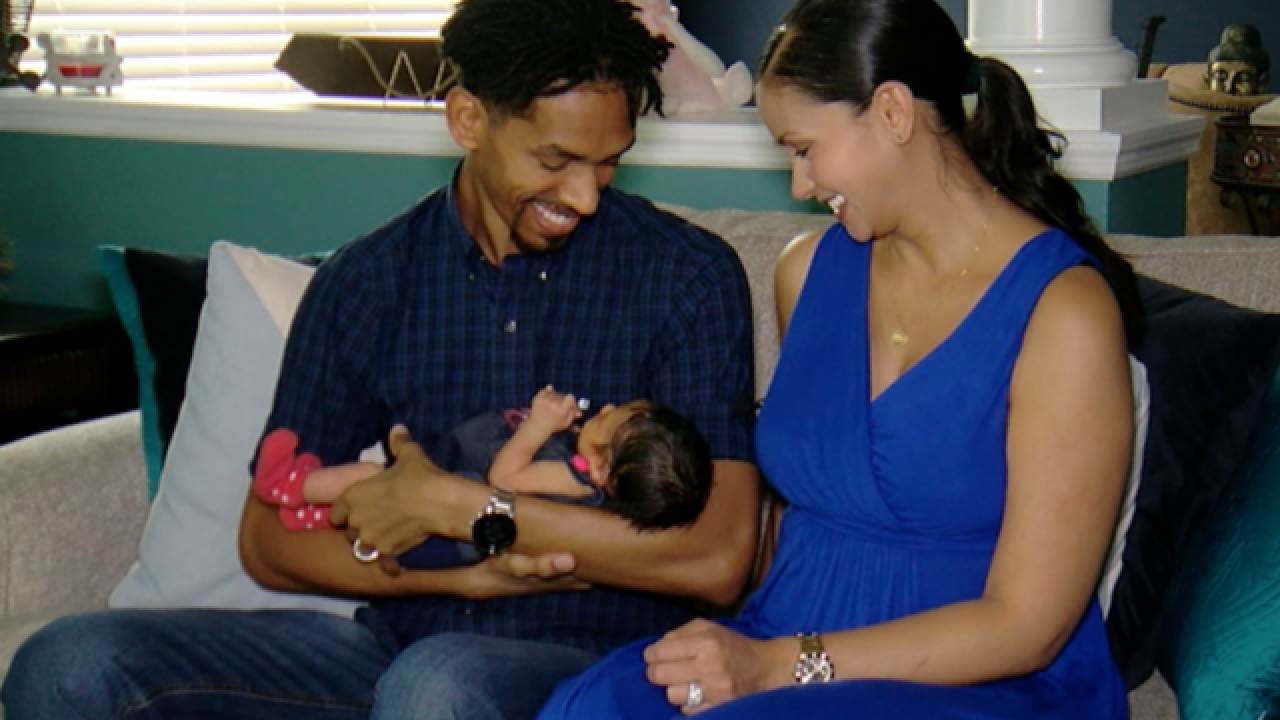 Copyright 2018 Scripps Media, Inc. All rights reserved. This material may not be published, broadcast, rewritten, or redistributed.
WFTS

HILLSBOROUGH COUNTY, Florida — Good Samaritans are being hailed as heroes for their quick thinking that likely saved the lives of two young parents and their newborn infant who were trapped in a sinking car.

Hillsborough County deputies in Florida say a hit-and-run vehicle sideswiped the family of three. The incident happened Friday. The car rolled over and landed right in a retention pond.

The couple described their Friday morning drive ending in near death. The Windsors were headed home after a doctor's appointment when, according to the Florida Highway Patrol, what could be a white Chrysler 300 changed lanes and smashed into their car. Their car was forced off the road. Mom, dad, and baby were left hanging upside down in their seatbelts as the car sank into the pond.

“I saw the water coming in and I didn’t know how deep it was and I started freaking out," described Thomas.

Right behind them, siblings Jolisa Jones and Aaron Allen were nearly two hours late to work. The delay placing them in the right place at the right time to see the crash happen in front of them.  Without hesitation, they pumped on the breaks on their Ashley Furniture truck and ran to the pond.

“I looked through the windshield the dad was curled up around the baby. Protecting the baby," said Allen.

In the car, the Windsors felt the car start to shift.

"We knew someone was trying to lift the car up and my initial thought was ‘there’s no way they are going to lift this car on its side,'” Diana said.

But with some strength, the siblings righted the car. Allen wrapped a t-shirt around his fist and punched the windshield until it broke. The parents handed the siblings 11-day-old Azara first. Finally, the parents made it out to land.

“I got 14 stitches, it pretty much looks like a big bite right here," Allen said.

His arm is still bandaged. Today this savior is in pain, but while carrying his own 4-month-old daughter, this father insists it was worth every stitch.

“People are calling me a hero about it but honestly it’s what anybody should have done," said Allen.