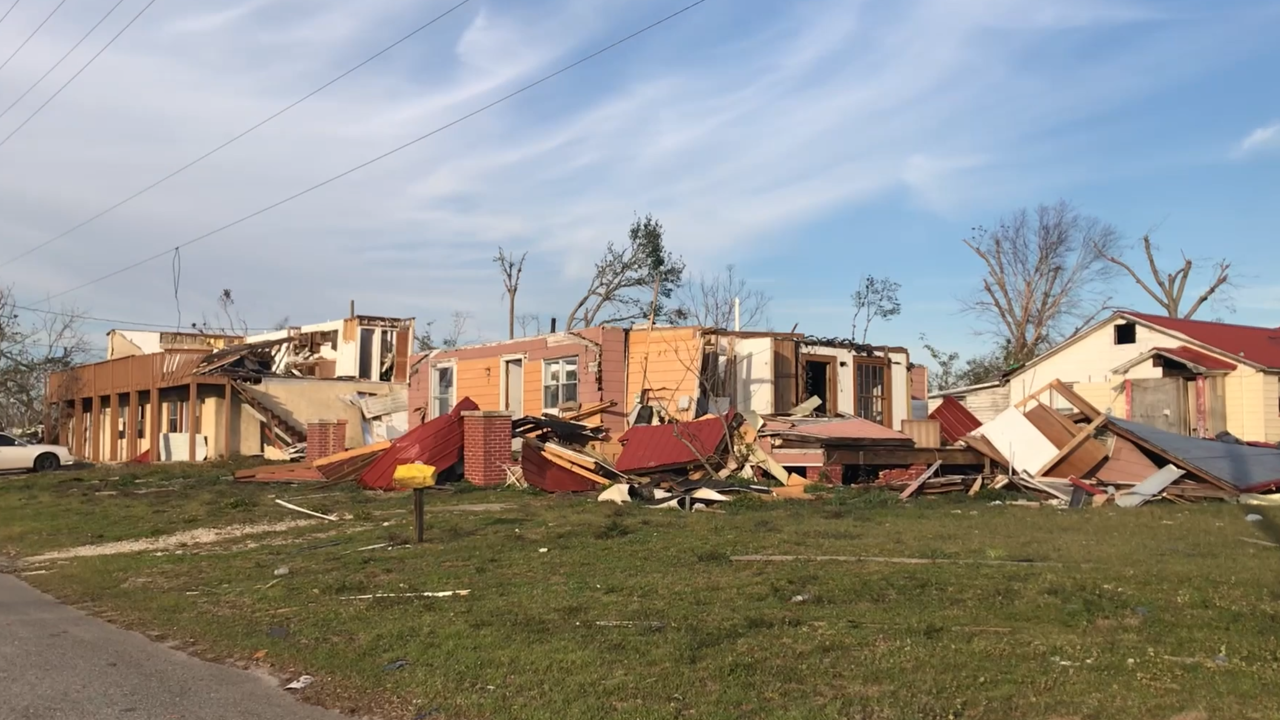 The destruction is unimaginable. Many people are still rebuilding their lives after Hurricane Michael caused widespread damage across the Florida Panhandle four months ago.

A large tree has been on top of Nell Williams’ home since October, when the hurricane cut a path through her hometown of Springfield, Florida.

Family helped the 84-year-old woman clean up the best they could.

“Well, the bedroom's got a hole in it under the window. That's as big as the window and it rains,” Williams says.

That's why Samaritan's Purse is here, helping to make Williams’ home a place to live again.

“I was happy. I was real happy that somebody cared enough to come help me,” Williams says.

Not only did they help, they prayed and presented Williams with a Bible.

Samaritan’s Purse is a non-denominational Christian relief organization that has been responding to disasters around the world since the 70's, with focus on the under-insured.

“We do it because we love Jesus,” says Lorenzo Torres, program manager with Samaritan’s Purse. “It's what keeps us going, and we're just loving our neighbor and come alongside them and help them in their time of need.”

Samaritan's Purse works with volunteers. Part of the team helping Williams came from a church youth group in Alabama.

“You see it on the news and you're like oh, just another storm. But when you're here and you see it and you participate in something like this, it really changes your perspective,” says volunteer Hailey Carter.

Williams is grateful for the group and the work they’ve done on her home.

“It's just fantastic the things they do in the work they do,” she says. “And this yard, you wouldn't have ever recognized it from what it was.”

For the volunteers, the impact last long after the work is done.