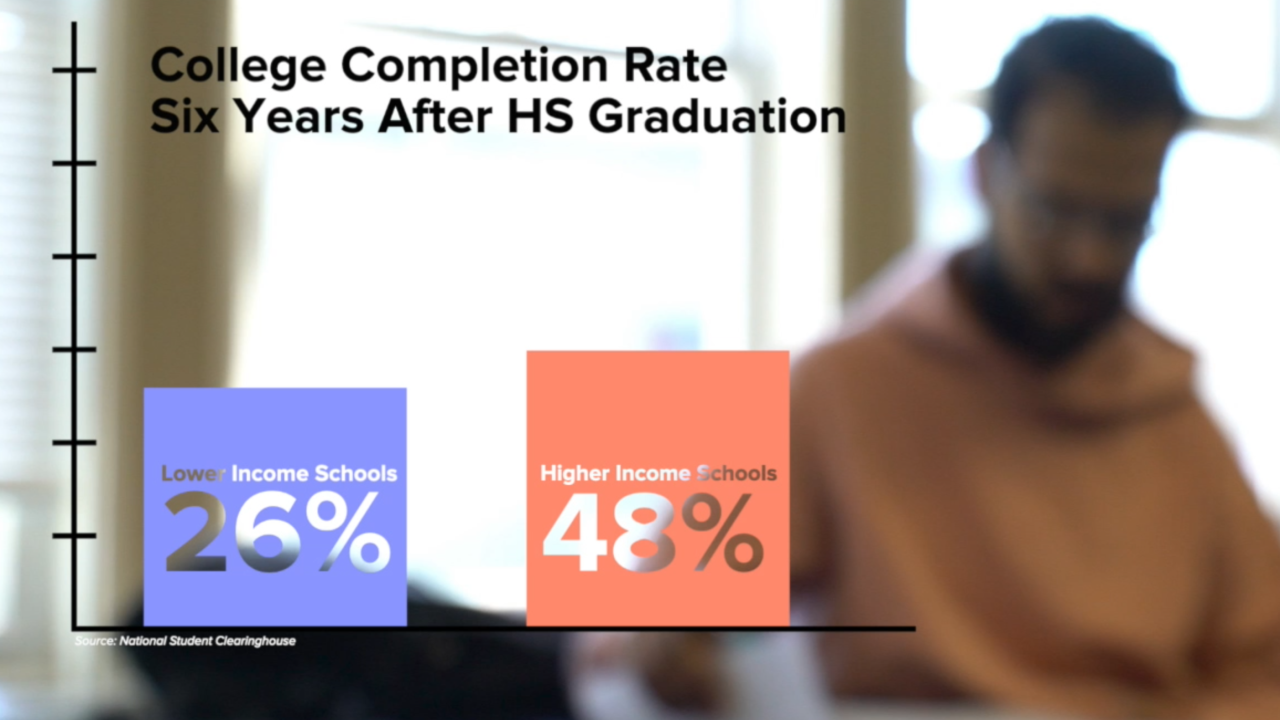 The Boston area is home to some of the most elite schools in America. People from around the world dream of enrolling at schools like Harvard, MIT, Tufts and others.

But for many of those living just about a half hour from Harvard's campus in Cambridge, Massachusetts, the idea of going to any college can be hard to imagine.

"I never really even thought about college or even finishing high school," Paul Burns says.

Burns grew up in a tough part of Boston's Dorchester neighborhood.

Burns wasn't going to college at 17; he was going to prison.

He spent five years behind bars. When he got out, he walked into the non-profit, College Bound Dorchester.

"The first Friday I got out, I was in there the next Monday," Burns recalls.

College Bound Dorchester helps people who others might think would never have a chance at college.

"They're not different from you or me; they have dreams,” College Bound Dorchester's senior vice president Michelle Caldeira says. “They just need the opportunity."

College Bound Dorchester tutors, guides and helps students, many of whom are former gang members.

"The rate of people who were formally incarcerated going back to jail is 40 percent in Massachusetts," Caldeira says. "For us, it's lower. It's about 19 percent, so we know immediately when students are engaged with us the recidivism is immediately lowered."

According to the National Student Clearinghouse , students from lower-income high schools graduate college at about half the rate of students from high-income schools.

“In America today, particularly in a city like Boston, there's almost no career opportunity for someone who just has a high school credential," Caldeira says.

It's been five years since Paul Burns stepped out of prison and through the doors of College Bound Dorchester. He now has his GED and graduated from technical college.

"I felt like I wasted too much time being negative, Burns says. "I had to make a change and do something different."

College Bound Dorchester believes a diploma should be in everyone's reach.

"We believe everyone is college material," Caldeira says. "There's no such thing as everybody should not go to college."