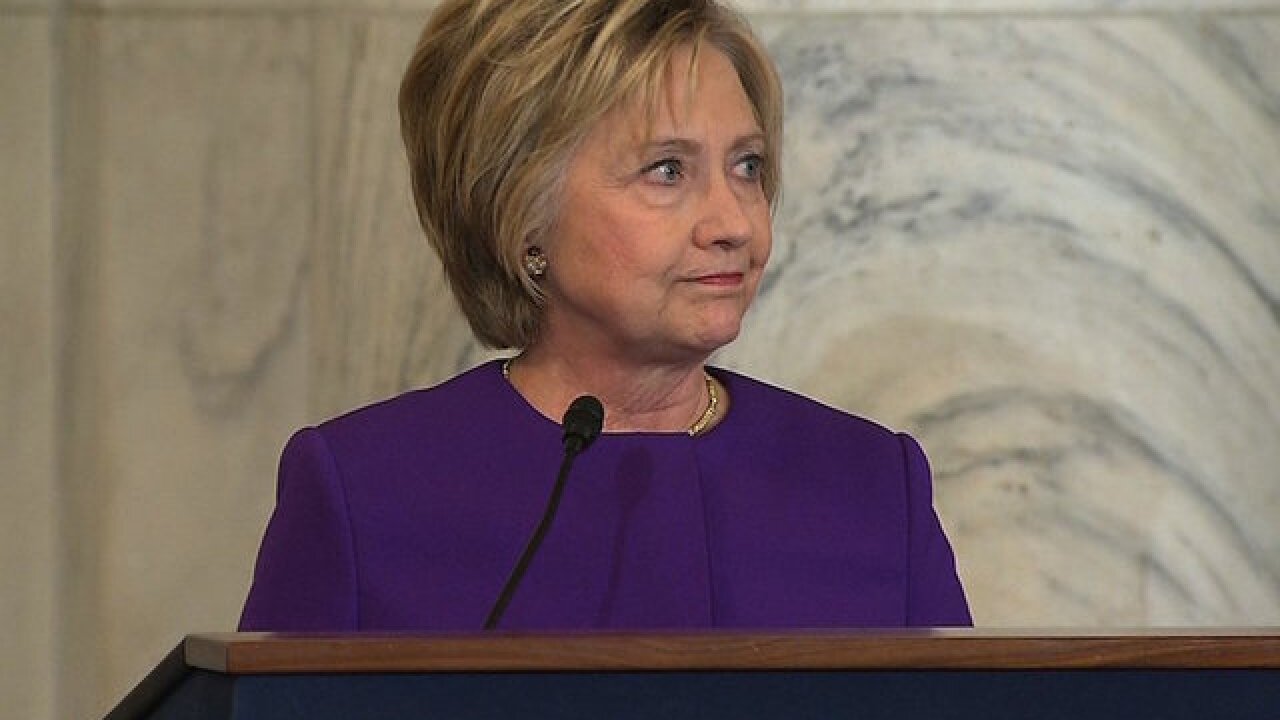 CNN
POOL
<p>Hillary Clinton, speaking in public Thursday for one of the first times since losing the presidential election a month ago, called the proliferation of fake news "an epidemic."</p>

Hillary Clinton tweeted her support on Wednesday of 11-year-old Mariana Taylor, who was reprimanded by her teacher in a Maryland school for kneeling during the Pledge of Allegiance.

The former secretary of state and 2016 Democratic Party nominee for president said on Wednesday, "It takes courage to exercise your right to protest injustice, especially when you’re 11! Keep up the good work Mariana."

Mariana's parents have joined with the ACLU after her teacher allegedly reprimanded the Catonsville, Md. sixth grader. Mariana, a student in the Baltimore County School District, has a rule that stipulates that students and staff must "stand and face the flag and while standing give an approved salute and recite in unison the Pledge of Allegiance."

The next line of the rule does stipulate, however, "Any student or staff member who wishes to be excused from the flag salute shall be excused."

Jay Jimenez of the Maryland ACLU spoke on the policy at a recent district board meeting, urging the board to clarify the district's policy.

"I decided to kneel because there is a lot of things I really don't agree with in the country happening - racism, sexism and the person in the White House, particularly the wall - it's not ok," Mariana said in May. "I feel like it's important to stand up for what I believe in and I want to inspire other people to do it too."

According to the ACLU, Mariana was in tears after leaving the classroom as her teacher pushed to have her make a presentation explaining her actions to the class. After Mariana's parents were called by a school guidance counselor, her parents claimed there was confusion on whether students were allowed to forego the Pledge of Allegiance.

"The Supreme Court has been very clear that students do not lose their First Amendment rights when they enter the schoolhouse door," Jimenez said. "The ACLU urges Baltimore County and all Maryland schools to review and update their policies to honor respectful student activism in the future, like silently ‘taking a knee' during the Pledge of Allegiance."

The school's principal told the Washington Post that he agreed that the district's policy needed to be clarified.