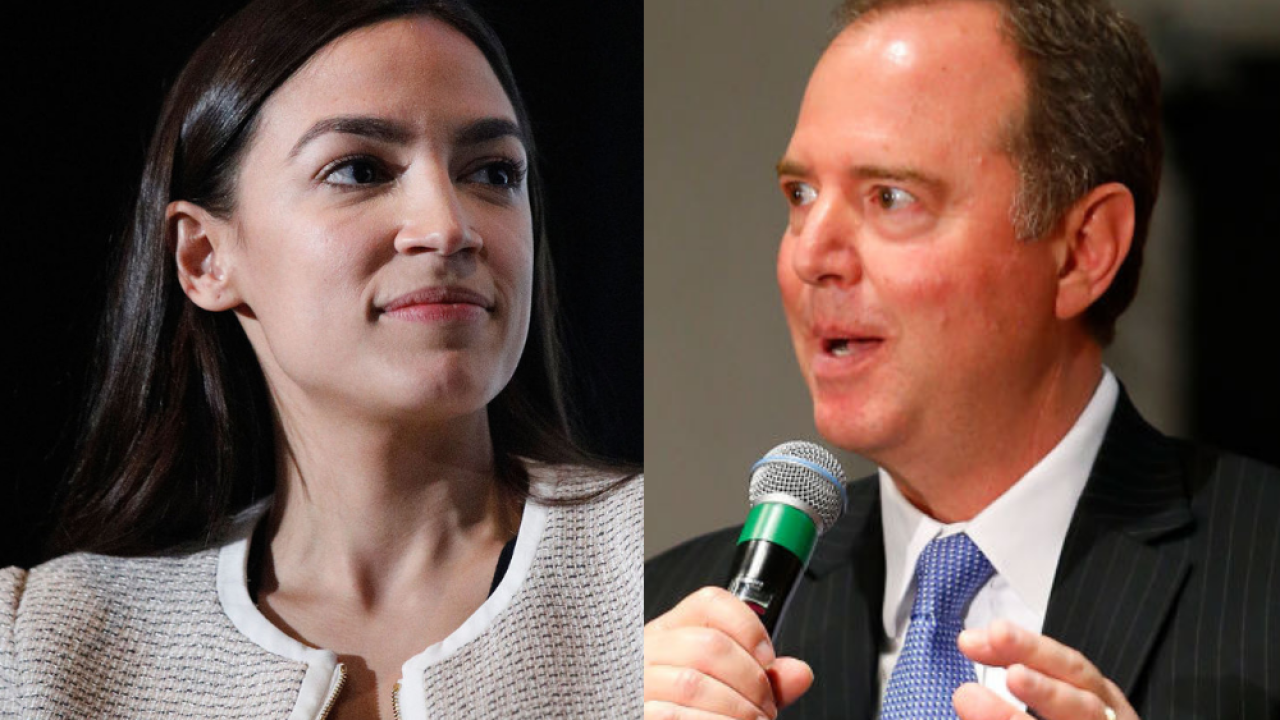 The Washington Examiner says it is a permanent suspension for the man believed to be running the account, Michael Morrison, and that users are not authorized to register misleading accounts.

In an email to the owner of the account, Twitter says a user "May not use misleading account information in order to engage in spamming, abusive or disruptive behavior including attempts to manipulate the conversations on Twitter."

Morrison's personal account and a parody account with the handle @AOCpress were permanently suspended Monday. New York Mayor Rudy Giuliani (who is also an attorney for President Donald Trump) tweeted about it, calling in "censorship," the Examiner reports.

In late April, a fake news release about Rep. Adam Schiff appeared to originate from Russia. It said Schiff had agreed to financially back a bill that recognized Armenian genocide.

Media in Russia and Armenia believed the release was real and reported the story, according to BuzzFeed News. The release published on a website that said it belonged to the Democratic representative, using the name adamcshiff.com, which interchanges the "s" and "c" ... his real website is adamschiff.com.

The release and website have since been deleted. Some media that published the information published retractions.

Social media platforms struggle with what to allow and what to ban, citing the need for free speech and debating what is and is not censorship.

The hoax incidents follow Facebook's recent banning of high-profile users who appear to be spreading misleading information or propagating conspiracy theories, such as Alex Jones of InfoWars and alt-right figure Paul Joseph Watson. (Jones was also banned from Instagram, which is owned by Facebook.)

The Facebook ban extends to anyone who sets up accounts for them in their likeness.

Experts say it is practically impossible to estimate how many fake social media accounts exist because bot accounts are out there. The co-founder of TwitterAudit, David Caplan, told Gizmodo that an algorithm used to detect fake versus real accounts on Twitter estimates 40-60% are real people.