Holocaust survivor among those who survived Pittsburgh synagogue shooting 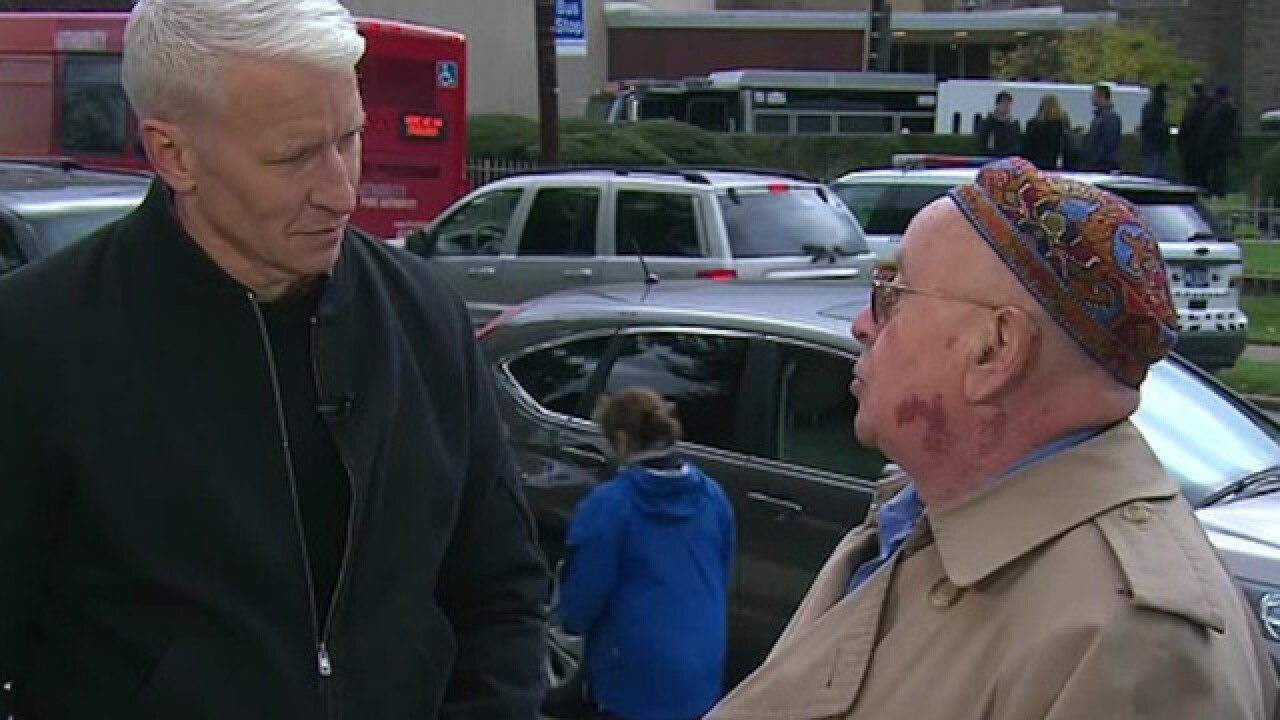 Judah Samet was around 6 or 7 when he watched as a Nazi soldier put a gun to his mother's head, simply because she spoke without being spoken to while on a train headed to Auschwitz.

On Saturday, the 80-year-old Holocaust survivor, watched as a gunman mowed down his friends at Tree of Life Synagogue in Pittsburgh, Pennsylvania.

"It just never ends. It's never completely safe for Jews. It's in the DNA. Not just America's DNA but the world's," Samet told CNN.

Samet was running four minutes behind on Saturday, although he is almost never late to synagogue.

Samet says he shifted to the passenger seat of his car to get a better look in case he needed to describe the suspect to police later. He wanted to make sure they got the guy.

Nazis forced Samet and his family from their home in Hungary 73 years ago.

"In Auschwitz you arrived, in 50 minutes you were dead. You came out the smoke stacks. But in Bergen-Belsen, they killed you by the method of starvation." Samet said. "But my mother saved us all. She divided the rock-hard bread, she broke it down into little pieces and she fed us six times a day."

An estimated 50,000 Jews, including Anne Frank, perished at Bergen-Belsen, according to the US Holocaust Museum.

The day his mother was almost executed on the train, Samet said a commandant intervened, because his mother spoke both Hungarian and German and could be used as an interpreter: "He said, 'You idiot, you kill her you will have nobody to talk to them.'"

After escaping the Holocaust, Samet became a husband and father and served as a paratrooper in the Israeli Army.

After surviving Saturday's attack, he walked slowly and carefully to his synagogue now surrounded by police tape, mourners' flowers, and makeshift grave markings for the 11 killed. He prayed and shared his story with anyone who asked him a question.

As he did, his daughter arrived, running with tears streaming down her face. They embraced.