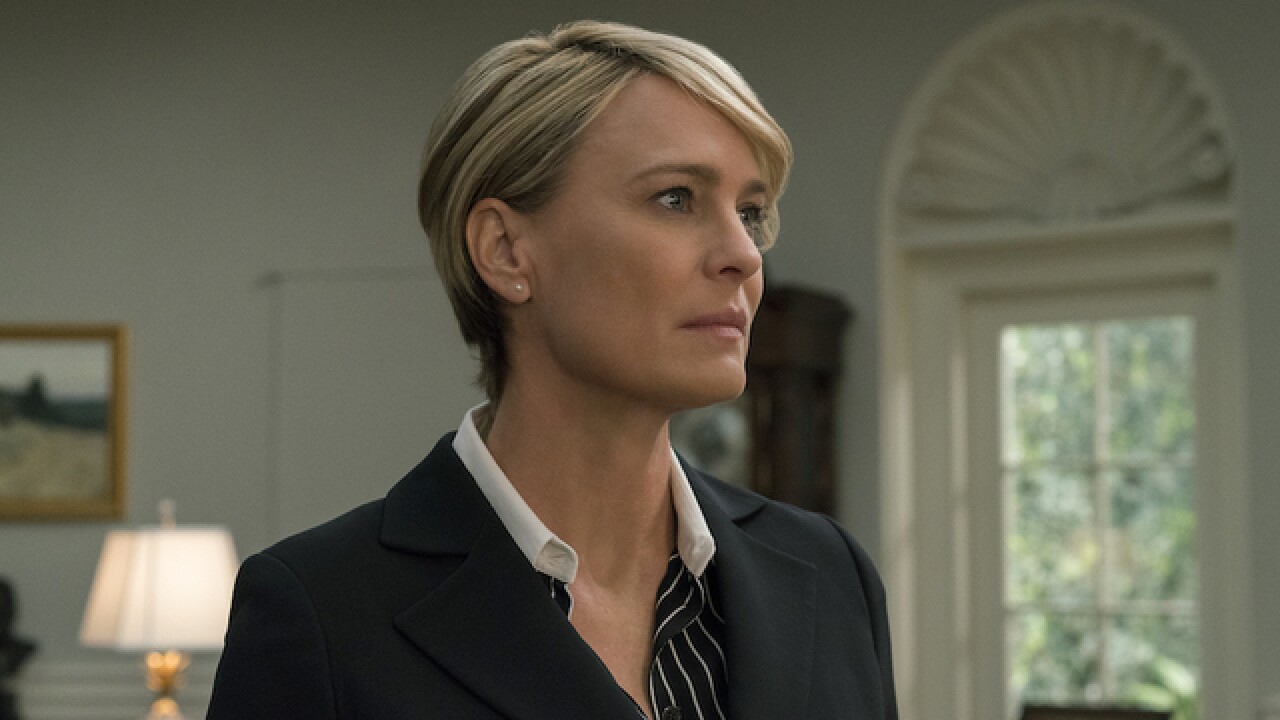 NEW YORK (CNNMoney) -- "House of Cards" is one of Netflix's biggest shows, but one of its stars is still not getting an equal share of the deck.

Robin Wright made headlines last year when she said she wasn't being paid the same as costar Kevin Spacey.

In an interview last May with Judith Rodin, the president of The Rockefeller Foundation, Wright said she told producers "I want to be paid the same as Kevin."

"I was looking at the statistics and Claire Underwood's character was more popular than [Frank's] for a period of time," Wright said. "So I capitalized on it. I was like, 'You better pay me or I'm going to go public.'"

But in a recent interview with United Airlines in-flight magazine Rhapsody the actress said that increased payday never came.

Wright said she never intended to become a spokesperson for gender pay disparity but "That was one of 20 questions they asked me, and it went viral."

According to the publication, Media Rights Capital -- the company that produces "House of Cards" -- noted it wasn't possible for the two actors to make the same since Spacey is one of the show's founding producers.

Instead, Wright received an executive producer credit and the opportunities to serve as director.

She said in the Rhapsody interview, "I really don't like being duped."

"It's such a male-dominant workforce still," Wright said. "There's a conditioning. And changing the condition of men is what needs to happen."